Lachlan Oates and Morag Millar are our 2022 winners in the Scottish Cross Country Grand Prix.

The series returned this winter after being shelved during 2020-21 because of Covid-19 restrictions and event cancellations.

When the action resumed across the mud there were familiar names in contention – and ultimately Shettleston Harriers athlete Lachlan and Central AC’s Morag recovered the titles they had won in 2019.

Lachlan picked up maximum points at the inter-Counties XC in Loughborough to make sure of his £750 top prize with 223 points as Crowe closed on 136 after the Lindsays National XC.

Morag won with 208 points as victory for Mhairi Maclennan at the Inter-Counties took the Inverness Harriers athlete to 193. 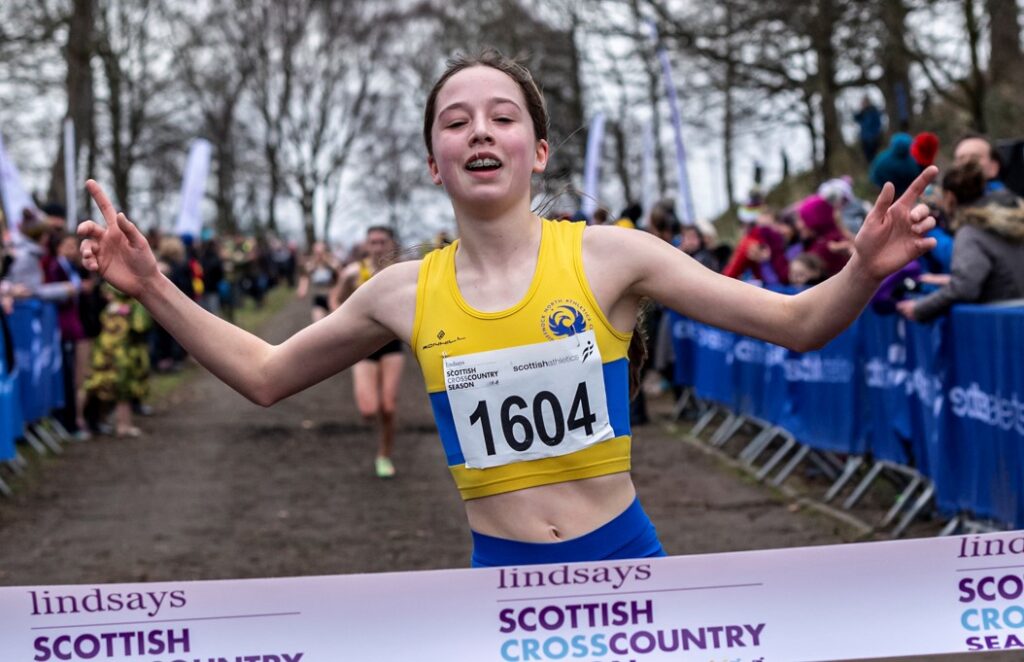 There are two overall trophies on offer at the Lindsays National XC each year.

It’s very rare for one club to win both of these in the same year – Kilbarchan AAC did so back in 2007 – so many congratulations to Giffnock North AC and their athletes, coaches and team managers.