Three Scottish athletes have been named in the GB team for the World Mountain Running Championships next month.

Wales is the setting with the recent trials held over the same course at Betws-y-Coed as British Athletics seeks to maximise home advantage.

Robbie Simpson and Andy Douglas finished 1 and 2 in the trial race to nail down their places in the GB men’s team while Jacob Adkin took gold in the Junior Men’s race that day and is selected for the event on September 19.

The 17-strong team will be seeking medals in the mountains at the up and down Championships, to be held in the UK for the third time.

Simpson, fourth at the recent uphill European Championships in Portugal, will duel with fellow Douglas, who he beat by over a minute at the trial event last weekend. Both will contest with the best in the world as they seek individual and team honours.

The duo will be joined by Tom Adams, Tom Addison (Billy Proctor), Ben Mounsey and Chris Smith, as the team seek to make the most of home advantage in Snowdonia. 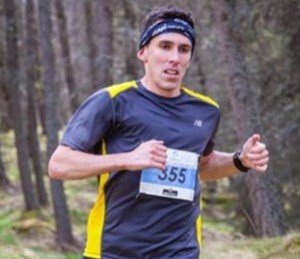 Douglas, for his part, won the British Athletics Mountain Running Challenge series as he came out top over the three-races series.

Congratulations from all at scottishathletics to our GB trio for the World Champe (with apologies at the slightly belated website announcement). Well done, also, to the three coaches involved Martin Cox (Simpson), Sophie Dunnett (Douglas) and Gregor Nicholson (Adkin).