Rio on radar for Scots in London 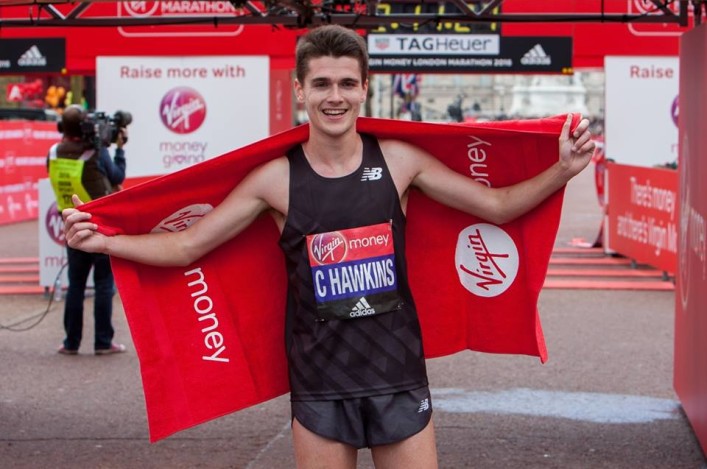 Joy for Callum in London – photo by London Marathon

Two Scottish men stamped their tickets for the Olympics in Rio on a quite extraordinary day at the London Marathon.

Callum Hawkins beat the World Record holder, Dennis Kimetto, and went to third in the Scottish all-time list with a remarkable run of 2.10.52 to finish eighth in the race and top Brit on a day when winner, Eliud Kipchoge, went very close to the World record.

He was joined in the automatic selection places by Tsegai Tewelde, the Eritrean-born Shettleston Harriers athlete who represented Scotland at the Leeds 10K last November and now has a British passport.

Tewelde ran 2.12.23 to get inside the 2.14 required for automatic selection for Rio and finsih 12th. Then Derek Hawkins made it a Scottish 1-2-3 in terms of the British race with 14th place overall.

Derek clocked a big PB at 2.12.57 to ensure he was under the Olympic qualifying time and give the selectors a decision to make ahead of Tuesday’s announcement.

All at scottishathletics are thrilled for all three athletes and indeed they will collect Scottish championship title medals, too. 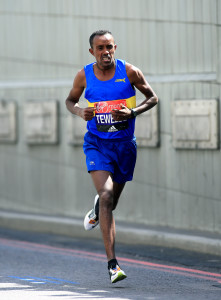 Kilbarchan AAC and,  of course, the Hawkins family have nurtured the athletics potential and progress of Callum and Derek down a number of years while Shettleston have shown great patience in their support for Tsegai.

To give a bit of context: Callum was in the top ten in a truly world class field and the Scottish all-time list reveals only Allister Hutton and John Graham, who both have 2.09 against their names, have run the marathon faster.

And Tewelde and Derek Hawkins are coming in at No 6 and No 7 on the overall list, which can be viewed online on the Road Running and Cross Country website archive. 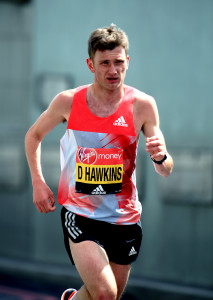 Robbie Simpson was another Scottish athlete to perform well in the elite race. The Deeside Runners athlete, like Tewelde, made his marathon debut and he came up with 2.15.38 for a very fine first effort.

In fact, that’s not far off the 2.15 that will be required for Commonwealth Games selection for the Gold Coast in 2018 (when that opens next year) so plenty for GB international hill runner Robbie to consider.

And what about the redoubtable Fifer, Derek Rae? The Anster Haddies T46 athlete, who is coached by Ron Morrison, made another big leap in performance terms as he took more than three minutes off his PB to record 2.37.28 for fifth place in the IPC World Marathon Cup.

Rae ran 2.40.40 some 12 months earlier and, on that occasion, his PB had improved by four minutes so it is not difficult to see all the hard work by Derek paying off now.

Paralympic selection is a complex process, which depends on world rankings in category and also overall team size, but Derek can now harbour significant Rio hopes.

In the Women’s elite race, the two automatic places for Rio went to two English athletes who already had the qualifying time – Aly Dixon and Sonia Samuels.

Freya Ross completed her first marathon for four years in 2.37.52 to take the Scottish Championship gold but, unfortunately, Susan Partridge dropped out in the second-half of the race after being with the leading Brits earlier.

Susan had been hoping to make the Olympics for the first time after racing in other global championship events previously in her career but it wasn’t to be on this occasion.

Lesley Pirie (VP-Glasgow) was called up for Scotland last week for a forthcoming half marathon and she takes the Marathon Champs silver after running 2.41.04 in London. Gemma Rankin (Kilbarchan AAC) takes the bronze with 2.46.34. 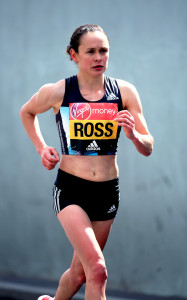 *The Scottish Marathon Champs were held within the Virgin Money London Marathon at the weekend and we’ve already mentioned the three Senior medallists for Men and Women with Callum Hawkins and Freya Ross taking the titles.

Here are the Results: