Next stop Manchester for Lawrie after Native Record 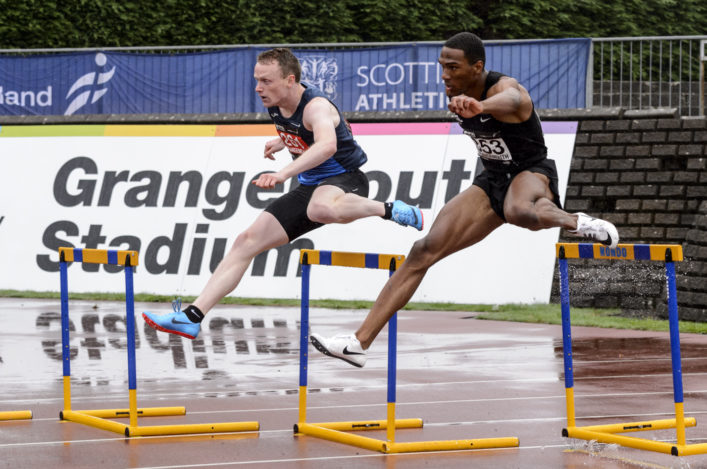 WATCH the Manchester International on Vinco

It’s two years since the pilot event saw Scotland send a team south for the first time and that was repeated again in the summer of 2017.

The scottishathletics Track and Field Commission saw it as a second international opportunity in the year for our athletes to follow on from the traditional early-season Loughborough International in May.

Jack Lawrie  is the pick for the 400m Hurdles and he proved he’s ready with a strong run at the FPSG Senior Champs at Grangemouth on Sunday.

Despite the wet and windy conditions, Jack came up with a Native Record run for the event with his 50.75 seconds improving the mark set at 51.07 by Rich McDonald back in 2001.

Jack’s run in fact was arguably the closest anyone managed to a share of the prize pot at Grangemouth until Nick Percy‘s discus throw with the Men’s 400m Hurdles standard set at 50.50.

Scotland will face teams from England, Wales, Northern Ireland and Ulster, GB Juniors and a British League and UK Women’s League select. The main event is from 4pm to 9pm and tickets are only £5 per adult with U16s free.