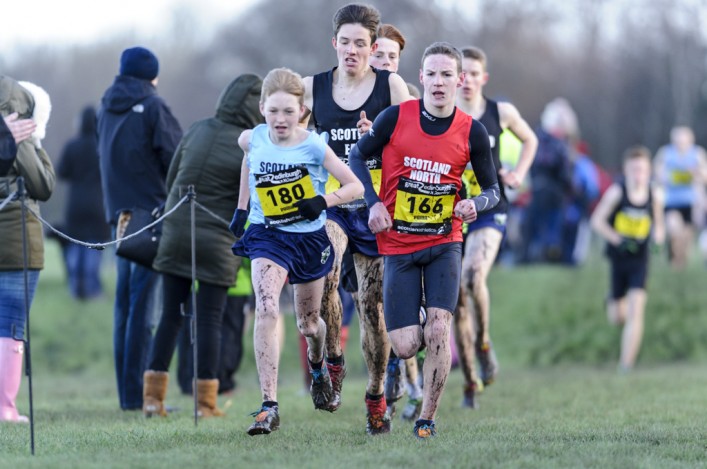 Inter-District website report 2015 Weather conditions over the past few weeks have enforced course changes for the Great Edinburgh XC. With Inter-District and International races taking place, a decision has been taken to alter the previous 2K loop because of water-logged areas in Holyrood Park and concern by the land-owners, Historic Scotland. And while the U13 and U15 Inter-District races and overall timetable are not affected by the change, there is an impact for the Junior/Senior Inter-District races and the Junior Races (which take in Scottish U17 Inter-District races). There a new map on our Events section and a timetable which has been up-dated to out-line the route for each race – i.e. four loops of 1.5k for the Junior Races now rather than three loops of 2K. Please do take the time to study the information before coming along, whether you are an athlete, coach, parent or supporter. Thanks. New map and timetable giving details of number of laps 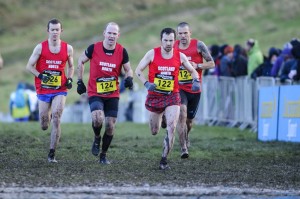 The North will be well-represented again on Saturday . . . Murray Strain and Morag MacLarty claimed the Scottish Senior Inter-District titles last year. Now teams from the East, West and North will do battle again over the sodden, muddy course – with the Celtic Nations XC adding another element to the races at U17 and Junior/Senior level. There are also Scottish Students teams competing in the Junior/Senior races. With nine races and two fun runs scheduled in all, it is undoubtedly a hectic programme, But hopefully being part of such a big event is an experience to savour for Scottish club athletes selected to represent their region in the Inter-Districts. First off are the U15 Boys and U15 Girls at 9.50am with the Senior/Junior Women’s race then coming up at 10.35am. The Senior/Junior Men race at 11.05am – with the Celtic Nations U23 places contested within that race. The U13 Boys and U13 Girls go off together at 11.40am. The Inter-District U17 race takes place within the International Junior races and the Celtic Nations contests at those age-groups are within those races. Congratulations to all those selected to compete for the North, East and West regions at all levels or indeed the Scottish Students teams in the Senior/Junior races. Edinburgh AC and East athlete Freya Ross looks to be among the favourites in the Senior Women’s race with others names listed including North champion Eilidh MacKenzie, West champion Michelle Sandison, Megan Crawford, Lesley Chisholm, Fanni Gyurko and Steph Pennycook. The East men’s team is led by the likes of Alex Hendry, who won the Inter District title in 2014, Alastair Hay and Max McNeil  and other contenders will doubtless include the likes of North champion Mark Mitchell, West champion Kyle McLellan, John Newsom, Craig Ruddy, Tewolde Mengisteab and U23 Scotland picks Sean Chalmers and Jonny Glen. Good luck to everyone headed for Holyrood Park on Saturday. Please do plan for the expected poor weather and underfoot conditions. 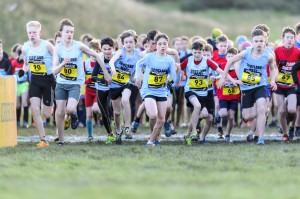 And they’re off . . . Inter-District races always a great sight at Edinburgh