Andy Young coaches a number of elite Scottish athletes and has been hugely instrumental in the rise of Laura Muir and Jemma Reekie.

After guiding the star duo to a series of superb performances last year, he was named as our 4J Studios Performance Coach of the Year at our 2020 4J Studios Awards.

But Andy is acutely aware of the pathway in Scotland which leads from grassroots to elite and is always keen to highlight that link . . .

‘Grassroots sport is crucial to success at elite level but, in reverse, elite high-performance sport is really important to helping drive grassroots participation in many sports.

‘It’s a symbiotic relationship in which if both aspects  of sport are to succeed  long-term, it needs both parts of the sport to  do well.

‘Seeing people from your country do well and be appreciated for this success encourages youngsters to want to try or continue to pursue the sport. It is the shop window for so many sports.

‘If you flip the coin, generally the wider the base of the pyramid — the grassroots in the case — the more likely you are to uncover the talent in the community, and the more who are likely to ultimately make it to the upper echelons of elite  sport in later years. 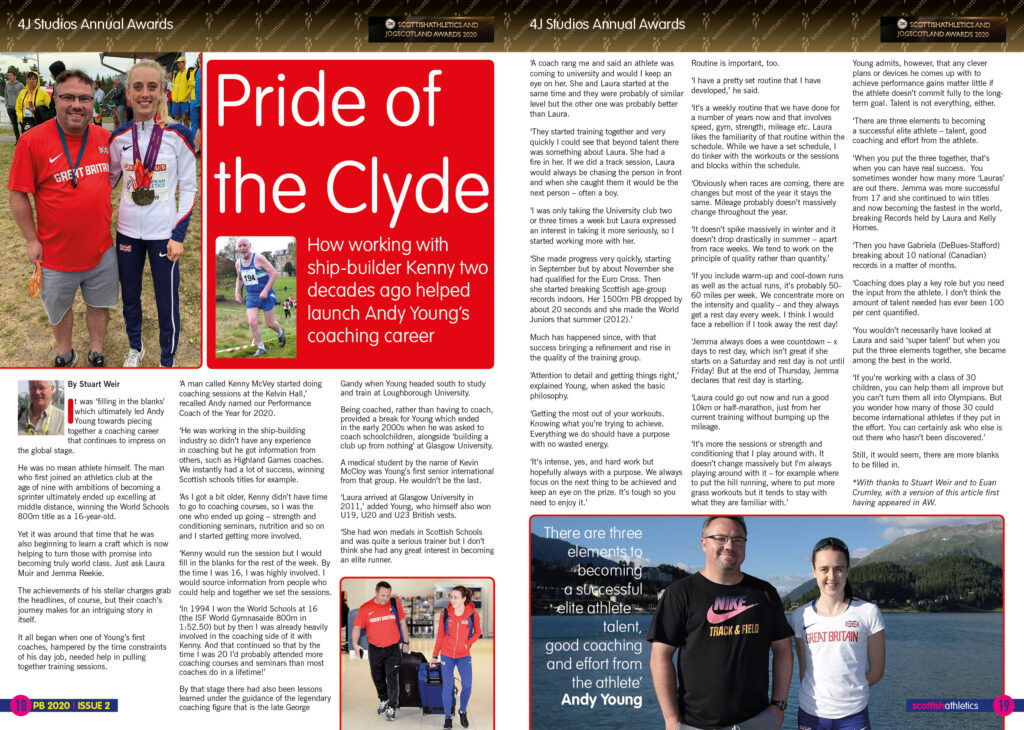 ‘Hopefully if you can get both parts of the sport doing well you can help create a continuous cycle that goes on for many years.

‘But, like most things in life, it requires continuous work and effort — it’s not just sit back and admire the successes when they happen.

‘It requires people prepared to give up their time and make efforts to make it happen at all levels of the sport.

‘The work that volunteers at clubs up and down the country do should not be understated. They form such a crucial part of future success.

‘Without the role these volunteers play, it would be impossible to have the success at senior or international level we have today in many sports.’

‘Tireless volunteers are fabric of athletics in Scotland’ – Colin Hutchison 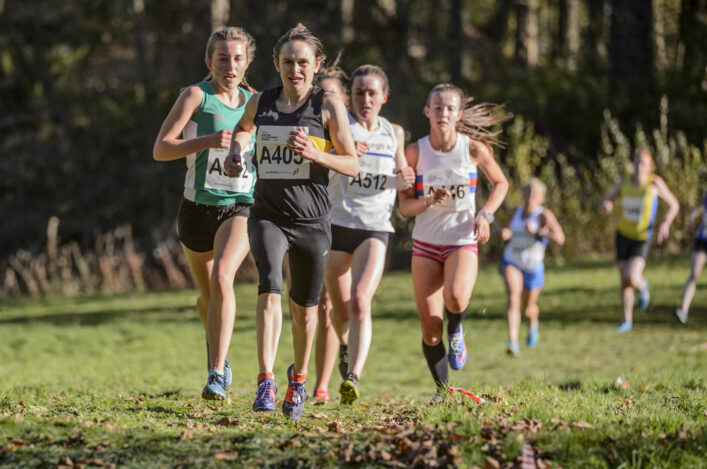 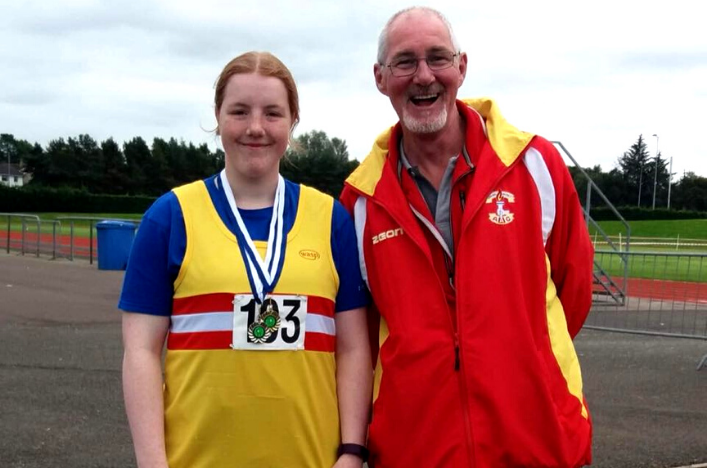