The scottishathletics Hill Running Commission set-up and staged a special edition of the Maddy Moss race, traditionally a Wednesday night event near Tillicoultry.

It was organised originally as a warm-up event for those athletes hoping to compete at the European Trials. Unfortunately, these were cancelled so the race was opened up at a late stage to all runners.

The race was started in two waves with all the men and MV40 in the first wave and the second wave containing the remainder of the field.

GB international Andy Douglas (Inverclyde) led from the gun climbing the Law then across to Ben Cleuch before descending over Andrew Gannel back to the start.

Rory Abernethy (Ochil HR) had a really strong climb to the summit of Ben Cleuch and held his second place to the finish. Ali McLeod (Ochil HR) had a brilliant descent to finish third, overtaking six runners on the long descent.

In the women’s race, Catriona Graves (Carneth HR) had a strong climb and led the way with clubmate Kirsty Dickson (Carnethy HRC) hot on her heels. Megan Crawford (Fife AC) came through on the descent to take third.

‘It was a small field (with a limit of 60) but it was great to bring hill running back and everyone had a smile on their face as they crossed the finish line,’ said Angela Mudge, Hill Running lead for scottishathletics.

‘I think the over-riding feeling was relief to get the first race of the season out of the way and looking forward to more.

‘Thanks to the marshals and the estate for letting us compete.’ 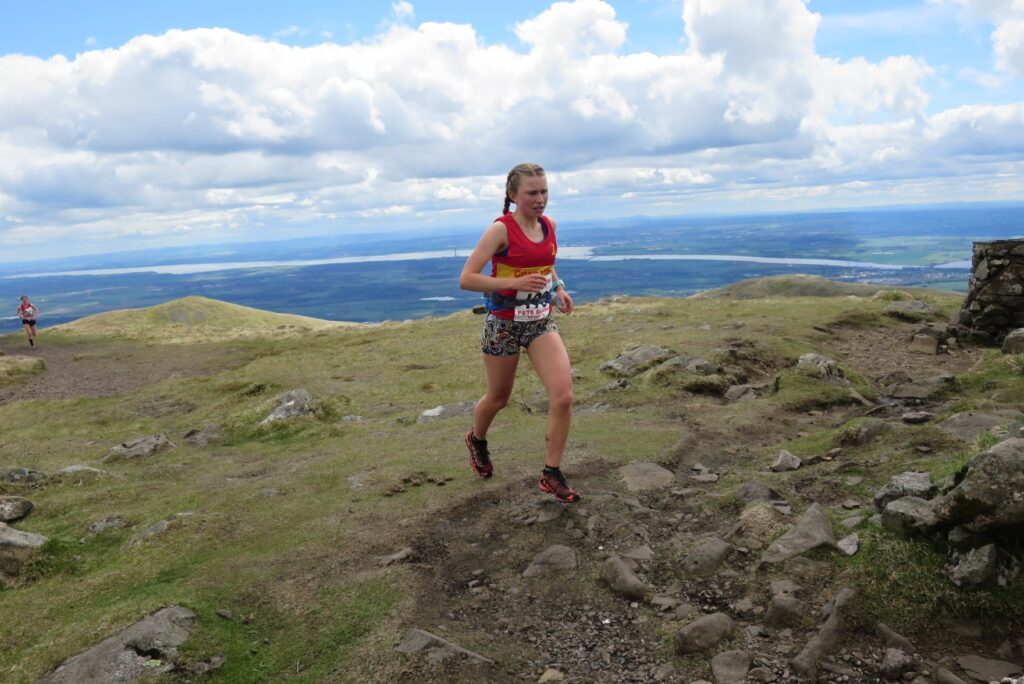