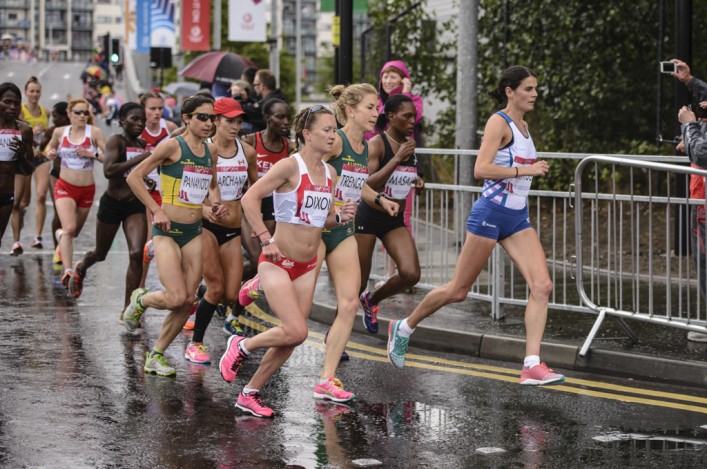 Susan Partridge came up with a decent performance at the Great North Run as she finished in 10th place in a high quality women’s race.

The Team Scotland marathon runner, who was sixth at the Commonwealth Games, was clsoe to a season’s best with a time of 72.28 in the North-East on Sunday. Kilbarchan AAC’s Gemma Rankin was also in action and finished in 13th place in 77.04.

All the results from the Great North Run, including the junior age group races, are available via the Great Run website. 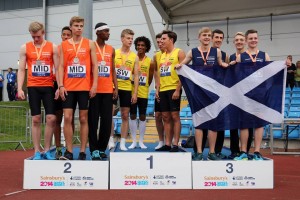 *There were a number of fine performance by Scottish athletes at the Sainsbury’s School Games in Manchester on Friday.

A ‘Team Scotland’ group was selected by the Scottish Schools Athletics Association (following the Secondary finals at Hampden earlier in the summer) and there were also one or two English-based Scots among the medals.

Scanning through the results, we make it a tally of 16 medals with that including three golds for Josh Kerr, George Evans and Carys McAulay.

Here’s the list (apologies if we have missed a medal-winning performance):

In the Para events taking place at the School Games:

Congratulations to all the athletes, teachers, coaches and volunteers involved in the School Games.
All the results are on Power of 10. 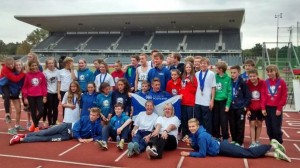 *Congratulations to Edinburgh AC on a fourth place finish in their Youth Development League final in the younger age groups.

The capital club’s U13 and U15 squad were in the hunt for third for much of the day at the Alexander Stadium on Saturday.

In the end, they finished fourth with Sale taking the title on 606 points, Blackheath second on 598 and Reading in third on 584 with EAC on 568. There were eight clubs contesting the final with Edinburgh having won the Scottish final.

*There were a handful of Scots involved in the 10,000m festival in Manchester on Saturday.

The best performance came in the 1500m steeplechase as Danielle Beattie of VP-Glasgow recorded a PB of 5.08.95 to enter the top ten in the British rankings. Club-mate Claire Thomson also set a PB in that race.

Dermot Cummins was the best performance by a Scottish-based athlete int he 10,000m races and notice PBs for the likes of Colin Partridge and Michelle Sandison. 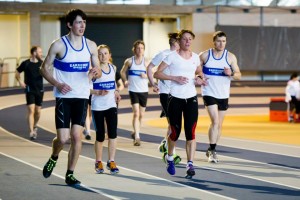 *Finally, Garscube Harriers athlete Alastair Stanley was in remarkable form over the weekend in a ‘Double Decathlon’ event in Italy.

Alastair has set a World record at U20 age group after competing in 20 events over two days in Milan. To say it is a test of technical expertise and endurance would be an understatement. The event list features everything you could name from jumps to throws to hurdles and steeplechase – with a 10,000m as its conclusion!

Coach Sandy Robertson said: ‘He is a credit to himself and his family and the squad of Combined Event athletes who work out of Grangemouth Stadium.’