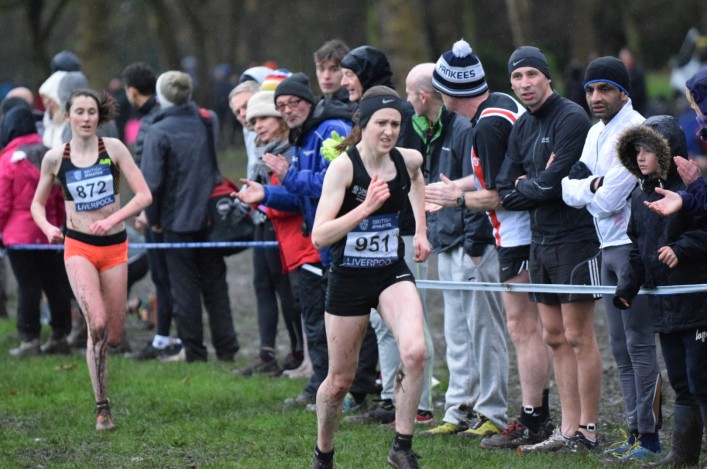 Three Scottish athletes landed automatic places at the Euro Cross next month amid the mud and rain of Liverpool.

Steph Twell, Laura Muir and Maddie Murray all finished in the qualifying places to make sure of GB vests at Hyeres in the south of France on December 13.

And two or three more can harbour hopes of being named in Tuesday’s selection with Luke Traynor fifth in the men’s U23 category and Jonny Glen seventh in the U20s race in Liverpool – while reigning U23 champion, Rhona Auckland, awaits a possible discretionary selection following the NCAA XC in Kentucky last week.

Conditions were as tough as ever across trails and mud of Sefton Park on Merseyside but there were a number of good performances by Scots – both by those selected on previous recent form to represent Scotland and one or two others.

Again, too, we saw decent age-group performances by younger Scottish athletes who finished among the top four prize-money which is on offer on these occasions in the British Cross Challenge Series.

Muir took the U23 top place with fith overall in the Women’s race on a day when that Euro Cross veteran, Steph Twell, finished third behind only last season’s top two in Europe – Gemma Steel and Kate Avery. Twell is now headed for the Euro Cross for the tenth time in her career, a quite remarkable record.

‘It was quite a long way!’ was Muir’s verdict after running 8.1k.

‘I am a 1500m runner and I think today with the really heavy conditions that it felt even more than the 8.1K distance.  But I was able to hang in there with the top three of four Senior Women and I am chuffed to be top U23 and heading to France for GB.

‘It will be completely different out there, of course, and the weather will be much better. I actually had a stitch for the last mile at Sefton Park and just getting up the finishing straight was difficult for me. But all the training and the cross country I’ve been doing in Scotland has helped.’

Beth Potter finished 13th and Josephine Moultrie in 14th to add to the Scottish presence in the top 15.

Murray, the Australian-born Edinburgh AC athlete who won the Scottish National title in 2015, will now land her first GB vest in Hyeres. Maddie finished third U23 on this occasion and has already represented Scotland in cross country via residency eligibility.

‘I am over the moon to finish 3rd U23,’ tweeted Maddie. ‘Support around the course was fantastic; well done Laura Muir on her win.’

Scotland U23 women did well in a general sense, too, with the following performances in that age category: Steph Pennycook  eighth and Mhairi Maclennan 12th. Four Scots in the top 12 there was a decent haul collectively.

There was disappointment in the Senior Men’s for the likes of Andrew Butchart, however. The Central AC athlete was with the leaders for much of the race but was unable to produce his customary strong finish and came home in 13th.

‘I’ve been under the weather a wee bit over the past couple of weeks but I had to run and see if I could shake it off – it is disappointing to miss out,’ said Andrew.

Among the other Seniors, there were performances such as: Luke Caldwell 18th, Andy Douglas 21st, Alastair Hay 36th.

Luke Traynor finished fifth U23 and the Giffnock North athletes, who is now studying in America, is hopeful of selection.

‘I really hope I can get picked and get back to the Euro Cross with GB,’ said Luke, who was 34th in the NCAA XC in Louisville the week before.

‘Liverpool isn’t quite Kentucky, is it?,’ grinned a mud-smeared Luke. ‘There is just no comparison to the two races in terms of the conditions and I only got back to Glasgow on Thursday so I have to be quite happy with this performance I think.’

Some of the other Scotland U23 performances were as follows (in that category): Sean Chalmers  seventh, Ben Stevenson 13th, Max McNeill 16th, Jamie Crowe 20th, Dale Colley 22nd. 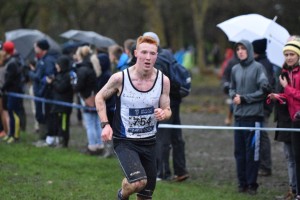 Jonny Glen and Euan Gillham both represented GB at U20 level last season and after finishing 7th and 9th respectively, may retain hope of involvement for France or the Great Edinburgh XC event. It was a similar situation 12 months ago.

In the lower age groups, there were some good Scottish performances and well done to all the athletes, coaches, clubs and parents who made the effort to travel in difficult weather to seek out strong competition.

Sol Sweeney of Perth Strathtay had one of the best runs of the day by a Scot with a really strong effort for fourth place in the U17 Men’s race. Laura Stark of Kilbarchan was seventh also at U17 level. Ayr Seaforth’s Emma Frew was third in the U15 Girls race, with Edinburgh AC’s Eloise Walker at sixth.

Lower down, Corstorphine AAC’s David Addison was third U13 while Lily-Jane Evans-Haggerty of VP-Glasgow won the U13 Girls race with Alisha Sivell of Kilbarchan AAC in second place. Erin Ward of Giffnock North was third at U11. 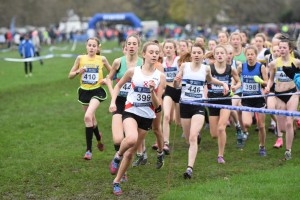