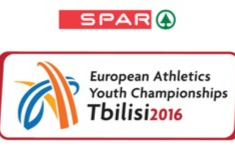 Two of Scotland’s most promising and hard-working young athletes are preparing for the European Youths event in Georgia.

It will be a first time in a GB and NI vest for sprinter Alisha Rees of Banchory Stonehaven and middle distance runner Erin Wallace of Giffnock North AAC.

Tibilisi is the venue with the British squad having travelled out to Georgia over the weekend in readiness for the European Youths, which starts on Thursday and continues through to Saturday.

Rees competes in the 200m and Wallace in the 1500m and both will have real hopes of competing well as they are ranked highly in Europe at this U18 age group.

Alisha has clocked a 23.64 best this summer, to lead the Scottish Senior rankings, but feels she may have to improve on that to get in the medal mix in Georgia.

‘I am ranked second but the girl ahead of me is much quicker and there are a lot of other athletes with times very close to mine so anything could happen,’ said the 17-year-old, who is coached by Willy Russell.

‘My aim is certainly to try and get a medal but I will probably have to run close to my best, if not faster, to do that. Training has gone well and I am happy with the preparations. Now I need to try and reproduce that in competition.’ 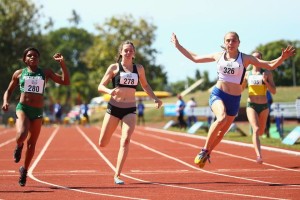 Dudley Walker, who coaches Erin Wallace, said: ‘Erin headed off to London on friday before then linking up with the rest of the GB and NI squad to travel to Tbilisi on Sunday for the European Youth Championships.

‘On behalf of everyone in her training group and the whole club at Giffnock North, we wish Erin all the very best on  her European athletics debut. She will hear us all cheering all the way from Scotland!’

British team leader Scott Grace said: ‘The British team are really looking forward to mixing it with the best in Europe next month.

‘It is a great opportunity for the athletes chosen to make a real impression on the international stage and I’m confident that with the strength in depth, we can deliver some really strong performances out in Tbilisi. 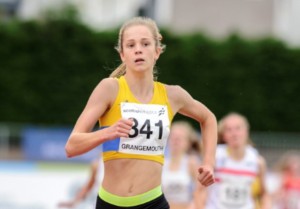 Erin Wallace in action at the Age Groups last summer