‘There is a groundswell of self-belief,’ – Rodger Harkins

Scottish athletes head into action at the European Championships in Holland this week in the biggest numbers for more than four decades.

It follows on from an outstanding collective performance at the British Champs in Birmingham which saw the Scottish representation within Team GB and NI for the Olympics reach a minimum figure of a round dozen.

And Rodger Harkins, our Director of Coaching, believes a new-found confidence among many of our top athletes is a ‘legacy’ of the Commonwealth Games in Glasgow two years ago – with Hampden already identified by Lynsey Sharp and Chris O’Hare as a catalyst.

Six athletes on the Olympic team was the agreed target within the sport a couple of years ago so 12 is a magic number and the likes of Laura Whittle, Chris Bennett, Mark Dry and Jake Wightman still have an opportunity to stake a claim via their involvement at the European Champs in Amsterdam.

‘I think we really are seeing the fruits of Glasgow 2014,’ said Rodger, in our special blog post.

‘In fact, it probably started before that with London 2012 when Eilish and Lynsey were there at a young age. Both those events being on the doorstep of all British athletes was a motivating factor – be it if you were there or if you had just missed out.

‘Lots of people talk about legacy and argue about legacy but, if you ask the athletes who are delivering now, what inspired then I think a few will say ‘Glasgow 2014’. Those who were there wanted more and those who missed out wanted to try and get that experience for themselves.

‘It was there right in front of them and that has generated that level of belief that they can make the leap onto that kind of stage.

‘Looking back to the Alexander Stadium and the British Champs, there was pressure on Scottish athletes – especially those chasing the Rio places.

‘But I think there is a groundswell of self-belief among Scottish athletes and coaches. They are taking that from seeing what their peers have done and are doing at a very high level.

‘When athletes see what Lynsey Sharp, Eilidh Doyle, Laura Muir and Chris O’Hare have done, it inspires them to better performances.

‘That is just naming four. More and more are starting to believe and they think they might be capable of following on in behind those performances and those athletes – with Andrew Butchart and Callum Hawkins as classic examples of that. These guys are full of confidence and that is fantastic to see.

‘They are recognising ‘Do you know what, we can do this’ and I firmly believe that mentality has spread. At scottishathletics, our role is just to try and help them and their coaches while they are on that journey.

‘There’s no dispute that the ‘conversion rate’ at Birmingham was very high – in terms of medals, top two places and Olympic selection. It was outstanding, in fact.

‘I think the slight surprise was the size of the team for the Europeans by British Athletics and consequently the Scottish contingent with that.

‘Originally I believe British Athletics were looking at a smaller team for Holland but I was delighted to then see that become a very large unit – as they look to give as many athletes as possible the chance to make Rio, or others the opportunity to get the right preparation.

‘So it became 98 with 11 Scots in that and it could have been 12 with Susan Partridge, originally selected, having withdrawn from the half marathon. 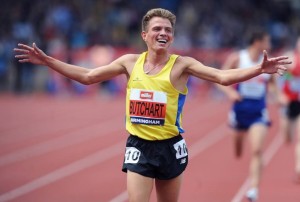 ‘In terms of Rio, six Scottish athletes being selected for GB and NI was definitely the target within the sport. It in itself was a big number given it had not been achieved for the past eight Olympic Games.

‘You expect to get X amount of your total of Y contenders – and six picked would have probably between half and a third of the realistic number of those felt to have a realistic chance of making Rio.

‘So to achieve 12 (at the moment) is remarkable. I think it was unprecedented, in fact, for Scotland to be represented at a British Champs and Olympic Trials with those expectations on their shoulders and then to deliver in such style.

‘There was that pressure there but they and their coaches lapped it up on the day.

‘Now we have people competing in Holland who still have a shout for the Olympics. They are still in the frame and I am glad they have been given the chance.

‘It is a high level competition and better than them chasing around Europe trying to find an event where they might have an opportunity to get a standard.

‘And, even allowing for all of that, for some of these athletes the European Champs are a great stepping stone in their careers. Some are representing GB for the first time at a Championships as Seniors.

‘The Olympics is special and can be overwhelming. So that could be allayed for some if they ‘transition’ from the Euros.’ 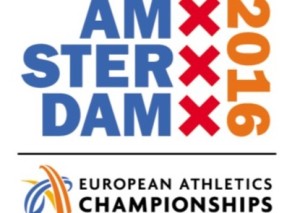