Law to captain Scotland in Manchester

Scotland head for the Manchester International for the second successive year this midweek – with Kirsty Law handed the captaincy honour.

The event was staged for the first time last August as a successful pilot at the Regional Arena (formerly SportCity track) in the Etihad sports campus.

It’s the second track and field international opportunity for athletes to represent Scotland in 2017 following on from the Loughborough International match.

Discus thrower Law wore the Scotland vest at Loughborough in May to equal the highest number of representative appearances for that fixture held by Eilidh Doyle.

Now Performance Director Rodger Harkins has asked Kirsty to take on the captain’s role on Wednesday and the thrower, who came through the ranks at Inverness Harriers, is delighted.

‘Competing for Scotland has always been hugely important to me, ever since my very first international in 2002,’ said Kirsty.

‘I get a real buzz from pulling on a Scottish vest as I’ll be doing again in Manchester so I’m hugely proud to be captaining Scotland here.

‘In fact this is probably the proudest moment of my career apart from competing at Hampden in the Commonwealth Games.

‘It’s also quite strange that this very nearly never happened. I turned down last year’s Manchester international because I’d decided to retire from major competition after a poor year and it was only in April that I changed my mind on a training trip to Portugal.’ 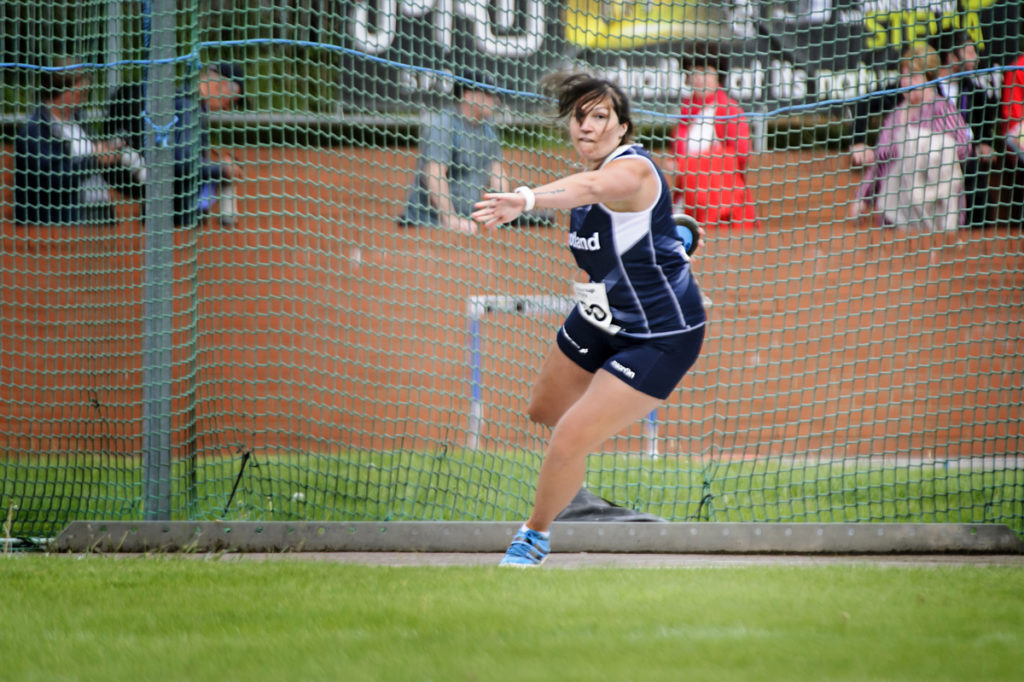