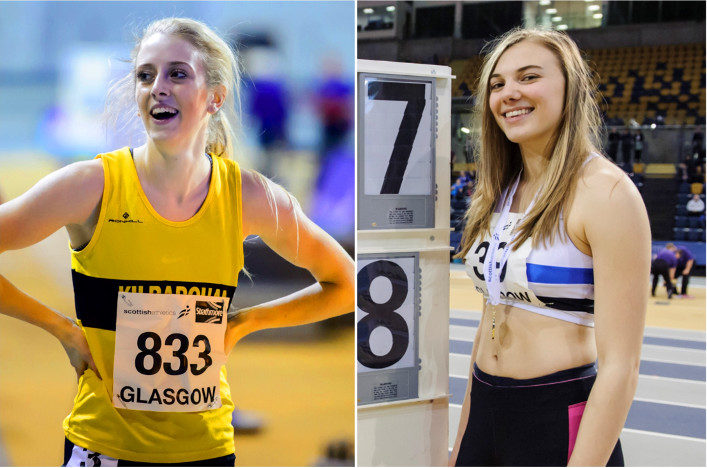 Jemma Reekie and Alisha Rees will compete for GB and NI Juniors at next Wednesday’s Manchester International at the Regional Arena, Manchester.

Reekie, coached by Andy Young, won the 1500m gold in Grosseto in Italy a couple of weeks ago with a superb perofrmance, after finishing fourth the night before over 3000m. Jemma is selected for the mile.

Rees, coached by Willy Russell, was fourth in the 200m final at that same Euro Juniors event as she clocked 23.54 to go to within two hundredths of her PB. There was then a bronze medal-winning run in the 4 x100m Relays with the GB team. Alisha is selected for the 200m and the 4 x 100m Relay.

It’s the nature of the Manchester international fixture that, like Loughborough, these talented and hard-working athletes will compete against Scotland in the match scoring – but is more important that as many as possible have the opportunity to compete at this level.

All at scottishathletics congratulate Alisha and Jemma and their families and coaches on their selections – as well as the clubs involved in their development in recent years.