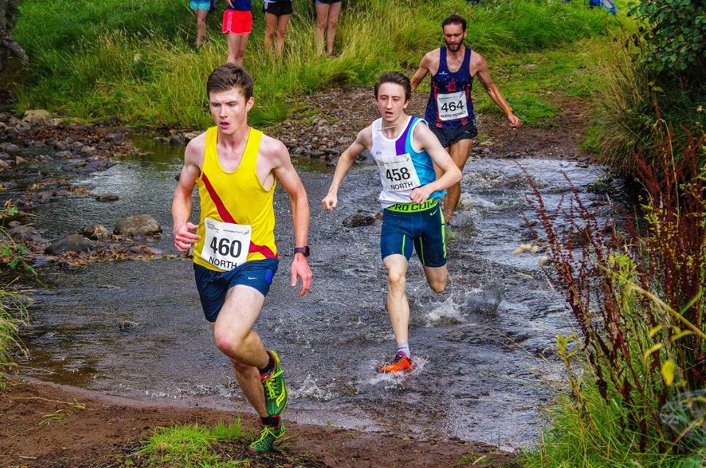 The cross country season kicked off this weekend with relay action in all three districts. Huge thanks to all those who made three great events possible at Peebles, Hamilton Racecourse and Edderton – including organisers, officials and hosts, as well as coaches and supporters.

Results
Photos
East District Cross Country Relay Championships at Peebles saw the Men’s title go to Central AC for the tenth year in a row with Central “B” team 2nd.

Edinburgh University Hare and Hounds were 3rd. The last time the Edinburgh students men medalled in this event was 1972.
Joint fastest lap were Alex Hendry (Central”B”) and Michael Ferguson (Aberdeen) both with 12.10.

The Women’s race saw an exciting tussle between Central AC, Edinburgh AC and Fife AC. Fife AC went out on the last lap with a 30 second lead being chased by Madeliene Murray (Edinburgh AC) and Morag MacLarty (Central). These two had a great duel, with Morag eventually coming home 1st for Central with the fastest lap of 13.58. Edinburgh AC were 2nd with Fife AC 3rd.

Gala Harriers made it a Masters double by retaining the Masters Women’s title followed by Edinburgh AC with Carnegie Harriers 3rd.

Edinburgh AC won the Young Athletes females in a closely-contested race with Lasswade AC who were only 2 seconds behind at the finish. Corstorphine AAC were 3rd.

Thanks again to Moorfoot Runners for hosting on a fine day on a challenging and varied course – great for spectating. Thanks also to Edderston Livery Yard and the landowners, the Wemyss and March Estate, for their co-operation and assistance.
By Alex Jackson

Results
Photos
Shettleston Harriers had served significant notice for the season ahead with an emphatic team success in the Senior Men’s race at the Half Marathon Championships at the Great Scottish Run.

One week on from Glasgow Green and Shettleston duly took the West District XC Relays gold medals thanks to dominant runs across the iconic Hamilton Racecourse turf.

No mud and barely a hill worthy of the description, but this was still a great venue for this kind of event, arguably ideal in fact for an early-season relays event – and with lots of Scottish cross country history at Hamilton, too.

Motherwell AC surpassed themselves with organisation both pre-race and on the day with a big team putting in a great shift all around the course, and the car park, in order to ensure the West District XC Relays went off smoothly.

Shettleston were smooth, certainly, thanks to the efforts of Paul Sorrie, Tewolde Mengisteab, Kevin Brydon and Kamil Sieracki as Inverclyde AC came through for second place and silver medals. Ronhill Cambuslang Harriers were well-served by a great first leg from Ryan Thompson but ultimately had to settle for bronzes.

VP-Glasgow were the unstoppable force in the Women’s race as they capitalised on a great opening run by U20 athlete, Gillian Black, which was to prove the best in that age-group.

Erin McIlveen and then Scotland international Josephine Moultrie completed the golden run for the Glasgow club as Shettleston came home for silver with Kilbarchan AAC in third.

The Girls race had been the first of the day and it set a good tone for Kilbarchan as their top team took first place with Laura Stark on the anchor leg at U17. VP-Glasgow were second in that one and Inverclyde AC took the bronzes.

Come the Boys race and yellow was the colour all over the podium with Kilbarchan AAC again very much to the fore. Their A team took the golds and their C team took the bronzes, with only Giffnock North AAC able to get in between the six Kilbarchan athletes across the three age-groups and take the silver medals.

Favourite sign of the day at the Racecourse venue? ‘No champagne glasses beyond this point.’ Not one witnessed too often while on cross country duty…
By Peter Jardine

Results
Photos
The North District Relay Championships returned for the third year to one of the smaller North clubs, this year East Sutherland AC. This saw the North clubs travelling to Edderton, 45 minutes north of Inverness and a fantastic central location for the widespread clubs. The course designed by John Davies, Head Coach at ESAC had a bit of everything that is cross country; grassland, tracks, climbs, trees, streams and lots and lots of enthusiasm by runners and supporters alike.

The Junior Girls race saw a late change to the lead in the final leg when Inverness Harriers and Moray Road Runners set out together but MRR, showing a clean set of heel,s opened up a lead of 41 seconds with hosts East Sutherland AC taking third place. Fastest leg went however to Anna McFadyen from Forres Harriers in 9.38mins over the 2.6k course.

The Junior Boys saw a runaway victory by Inverness Harriers, winning gold, silver and bronze with three of their five teams with the fastest lap going to James Geddes, Inverness Harriers in 8.45mins closely followed by Findlay Todd, Ross County AC in 8.46mins, demonstrating that international outings on the hills by Findlay permits good transference to north cross country courses.

The Senior Women saw Inverness Harriers ladies not on this occasion following the success of their juniors, when they lost their long run of winning ways in this category. Despite this they fought hard to narrowly miss out on silver medals by one second to Highland Hill Runners. The winners Forres Harriers had led from the first leg following a strong start from Moira Davie although the fastest leg went to Sarah Liebnitz, Inverness Harriers, who covered the 4k course in 14.45min. The Masters honours were won by Highland Hill Runners, dispelling the myth that they are all about the cakes, whilst Moray Road Runners took silver followed by Forres Harriers.

Then onto the Senior Men race which due to some creative transport requirements for our island athletes are run along with the Senior Women. A strong start by Craig Campbell saw Inverness Harriers never challenged and finishing some 44 seconds clear of a very young East Sutherland AC team, with two U20 athletes, one U23 athlete… and Ross Bannerman taking home the first Men’s team medal for the Club.

Bronze medals went to Highland Hill Runners and as well as the Masters Gold medals, the HHR Men managed to keep up with their Senior Ladies. Inverness Harriers took 2nd Masters and after much consultation by the Nairn Road Runners and conferring over birth certificates, their non-Masters status led to them unfortunately not picking up medals – next year, boys!

Many thanks to East Sutherland AC for a fantastic event with the friendliest marshals, refreshments worth running cross country for and excellent support for all runners.
By Sophie Dunnett 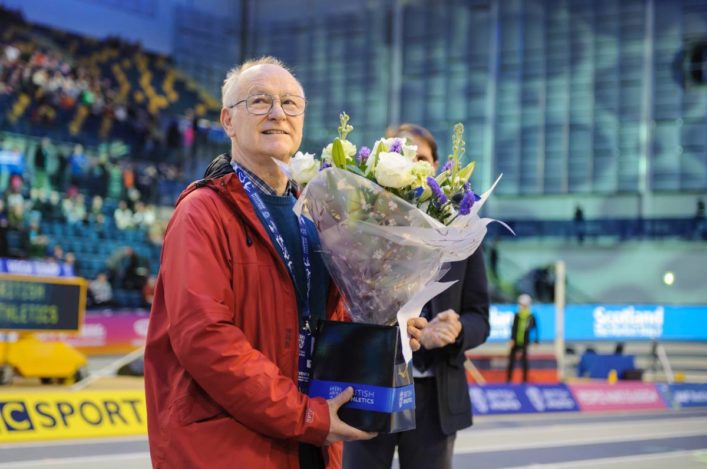 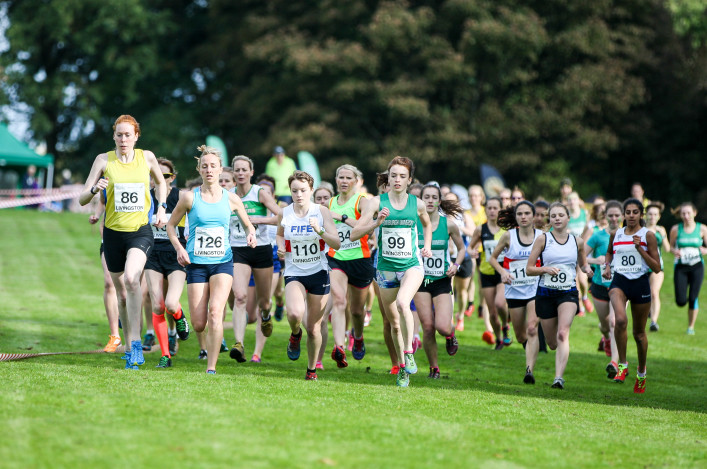