Callum 15th at World Half in Cardiff 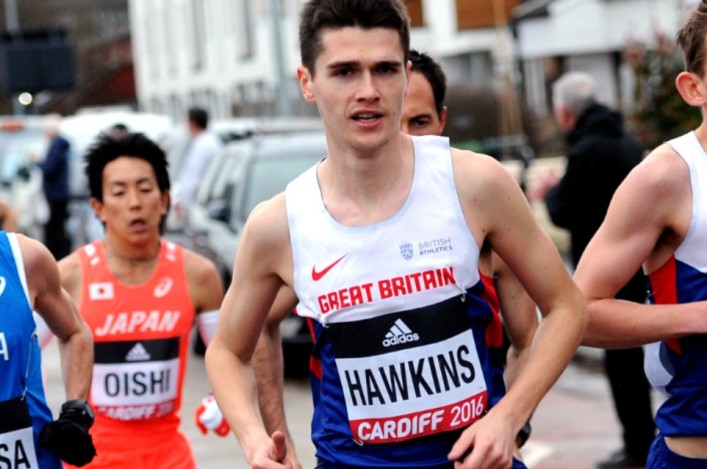 Scotland’s Callum Hawkins produced a fine run at the World Half Marathon Champs to finish 15th – and just missed out on a World team medal.

The Kilbarchan AAC runner clocked 62.51 in Wales with the difficult conditions over the last few miles of the race probably costing him a PB.

And the GB and NI men duly took fourth place in the team race behind Kenya, Ethiopia and Eritrea with the Brits missing out on a podium place by under a minute, with the positions decided on cumulative times.

It all augurs well for Callum for the London Marathon on April 24 and likewise there were good performances by Derek Hawkins and Robbie Simpson in the mass race.

Derek won it in 65.00 and Robbie was fourth in 66.00 with both those times inside two of those recorded by GB and NI men in the World Champs Half Marathon elite race.

Among the scalps for Callum was Australian Michael Shelley, who won the Commonwealth Games marathon at Glasgow 2014, early leader Guye Adola from Ethiopia and Spanish athlete Ayad Lamdessan.

‘I was feeling great and really catching people into the last quarter but then the wind and the rain came,’ said Callum.

‘I think I was on for a good time but that messed it up although I’m happy because I took some big scalps. It was a good course but there were a couple of hills in the last few miles, with the wind, that made it really tough.

‘Today was certainly a big tester ahead of the London Marathon; it threw me into the marathon zone so it was really useful.

‘This race was different to the usual half-marathon circuit. There are a lot more guys in there so I could just keep picking people off today and we got a good group going which is better than being on your own.’

In that mass race, Derek won it in 65.00 and we understand that means a Home Countries International title for the Scot.

Simpson was a minute behind at 66.00 to take fourth place and the quality of those runs in tough conditions is reflected in the fact that both were quicker than two of the GB and NI selected athletes for the World Half Marathon Champs themselves.

Many congratulations from all at scottishathletics to Callum and his coach, Robert Hawkins and family and all at Kilbarchan AAC, on a fine World Champs debut at Senior level with GB. Well done to Derek and Robbie, too.