With a packed athletics calendar over the next 12 months featuring two global championships – in addition to the European Championships and Commonwealth Games – Scotland’s Muir, a multiple European indoor champion, is determined to get her year off to a strong start.

‘I’m currently out in South Africa continuing my preparations for the 2022 season, so it will be exciting to get a chance to race indoors and I’m looking forward to testing myself over 1000m at the Müller Indoor Grand Prix in Birmingham,’ said Laura.

‘I had an incredible year in 2021 and it was fun to finish it off by racing in Scotland over cross country, but it’s time to get back to running fast times on the track.

‘Birmingham holds many fond memories for me winning two medals at the World Indoor Championships and breaking a number of national records.

‘I ran the British and European record of 2:31.93 on this track in 2017 which made me the second fastest of all time over the distance, so I would love to try and go one better and break the world indoor record.’ 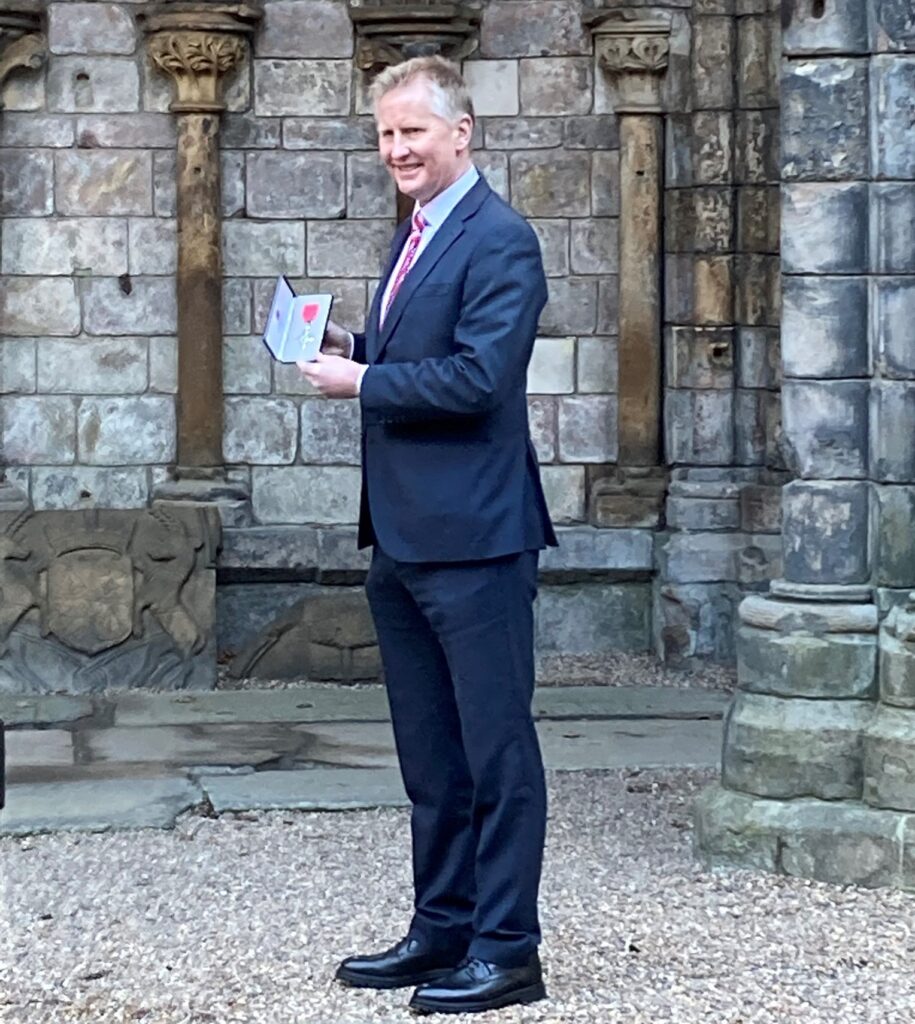 Ian Beattie lands MBE for services to our sport (October 2020)

He’s presented dozens of medals over the years in ultra running, track and field and cross country, but this was a special moment for Ian Beattie – Chair of UK Athletics – as he received MBE at a ceremony in Edinburgh.

Ian was awarded the honour during his nine-year tenure as Chair of scottishathletics for ‘services to athletics’ in a richly-deserved recognition for his contribution.

We send our warm congratulations on behalf of all within the sport to Ian and Sandra.