Neil at the Glasgow 2019 Euro Indoors (photo by Bobby Gavin)

Neil Gourley took third place in a high class 1500m race at the World Indoor Tour event in Poland – and moved up the Scottish all-time list.

Neil posted a big indoor PB to clock 3:35.79 and finish in third place with Ethiopian Selemon Barega the clear winner in 3:32.97 with local hero Marcin Lewandowski, a medallist at the 2019 World Champs, in second place.

It was actually an improvement on Neil’s outdoors PB (3:35.95) so the Giffnock North AC athlete looks to be in a good place early 2021 – with a possible return to Torun for the European Indoors in a couple of weeks.

Neil’s fine performance takes him to third on the Scottish all-time list indoors with only Jake Wightman (in New York last weekend) and Josh Kerr (3:35.72) above him as the Glaswegian moved ahead of Chris O’Hare.

In British lists, we made it the fourth best all-time with Peter Elliott holding the Indoor British Record at 3:34.20 – with the mark that came under threat from Jake last weekend.

Neil wore the familiar yellow vest of Giffnock North AC for the World Indoor Tour meet and wasn’t it great to see that on the BBC and World Athletics coverage!

Well done to Neil and his family and coach. 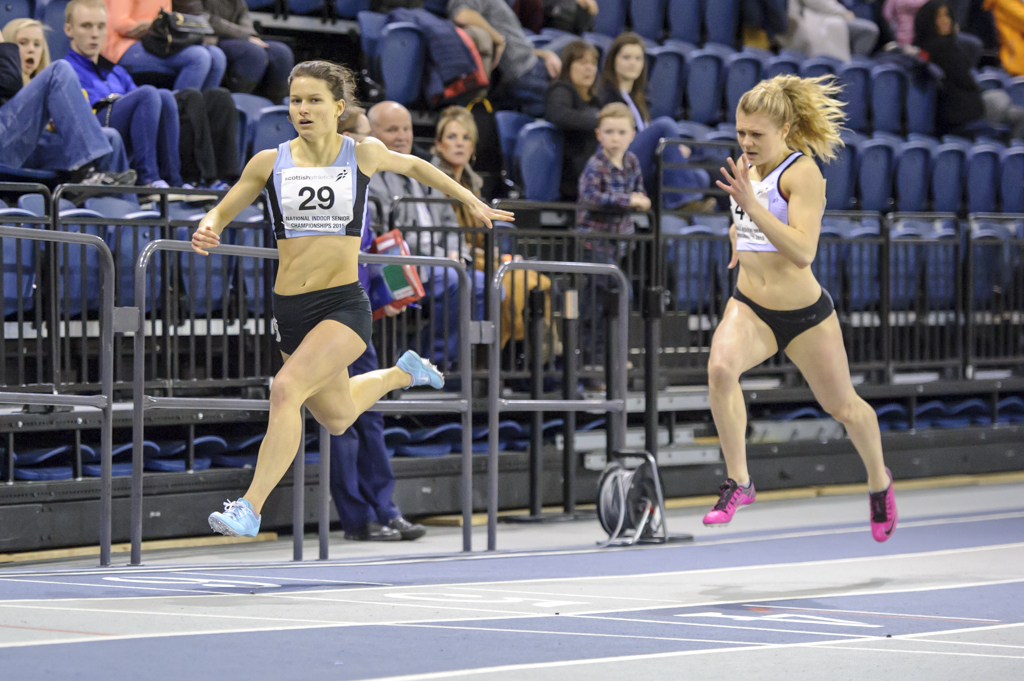 Scottish athletes will compete this weekend at three venues – as British Athletics prepare the way for the European Indoors.

The GB and NI team selection for the event in Poland, which is still scheduled to take place early next month, will be announced late on Monday.

And that means Elite Invitational Events at three venues over this weekend will be the final chance for athletes to post qualifying standards for the European Indoors in Torun.

Lee Valley, Loughborough and Manchester are the venues for a series of events which have been talked about as ‘trials’ but are not so as such – event winners are not guaranteed a slot in the team and nor do top athletes, who have already reached the standards in 2021, have to compete this weekend.

Furthermore, the likes of Jake Wightman and Laura Muir have already confirmed that they have now completed their indoor seasons and won’t compete in Poland.

We do expect to see a number of Scots compete in the British Athletics events – with below a number of the names we’re seeing: