Inverclyde AC and VP-Glasgow took the Scottish 4 x 200m U17 titles at the Emirates Arena – as Giffnock North dominated in the younger age groups.

It was a great day for these young athletes from our clubs as the finals of the U16, U15 and U13 events were staged as part of the Muller GP programme.

With the crowd filling up in the stadium, and family and club coaches looking on, the young athletes revelled in the Emirates atmosphere.

VP Glasgow took the U17 Women’s gold with a run of 1:44.02 and were followed home by Pitreavie AAC and Giffnock North.

It was Inverclyde AC who claimed the golds in the U17 Men’s category, as they recorded 1:35.98 to win from VP-Glasgow and Giffnock North.

There was no stopping Giffnock at U15 level as they took both races. The boys clocked 1:41.28 to win from Shettleston Harriers and Larkhall YMCA, while the girls won in 1:47.41 from Pitreavie AAC and VP-Glasgow.

And the U13 Girls race was won by Giffnock with their quartet home in 1:54.84 from silver medallists Edinburgh AC and bronze medallists Giffnock North B.

Well done to all the teams who competed in our 4 x 200m Relay events this year, both on Saturday and a couple of weeks earlier, and a big thank you to our Officials. 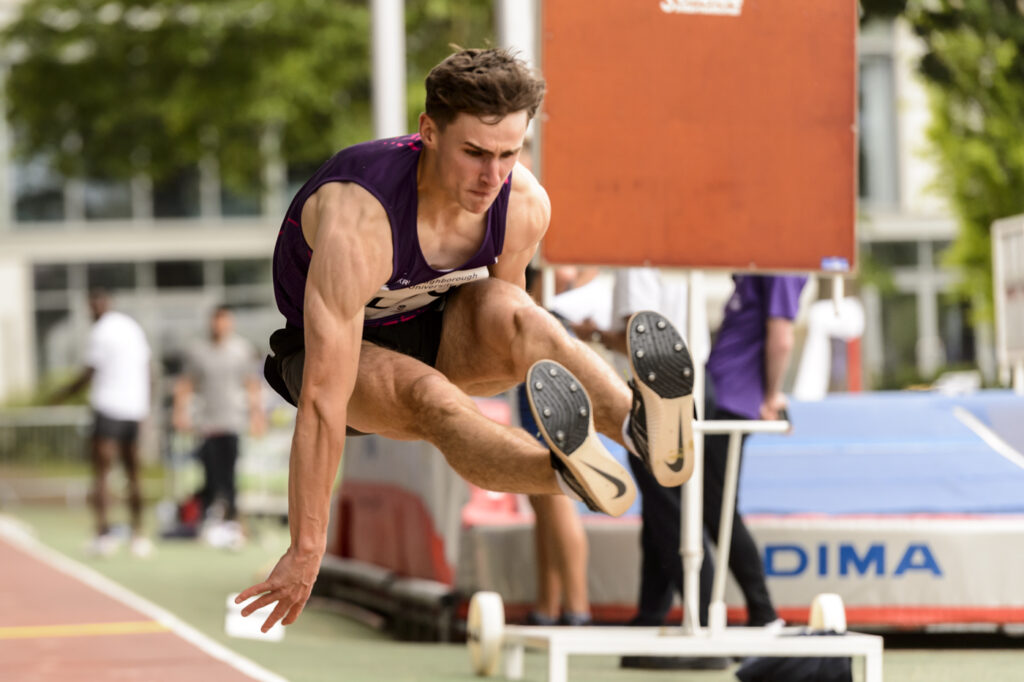 Henry Clarkson took gold at the BUCS indoors at the weekend.

The triple jumper, in his final year at Loughborough Uni, recorded 14.98m to win the title in Sheffield.

Well done to Henry and his family and coach.

We’re also seeing, at the moment, bronze medals for Edinburgh AC duo Calum Henderson in the long jump with 6.91m and Eloise Walker in the 1500m in 4:24.52.

Aberdeen AAC sprinter Rebecca Matheson took a bronze in the 200m final with a PB run of 24.43 (after a PB of 24.33 in the semis) and there was a bronze, too, for Falkirk Victoria athlete Olivia Vareille in 2:11.38.

Alexander Thomson took a bronze in the ambulant 60m and there was gold for Amy Carr in the women’s 60m ambulant.

Alisha Rees, of course, took silver in the 60m in a Scottish Record performance (as previously reported).

Kenny Wilson came up with a half marathon PB of 64:55 as he managed to out-sprint Robbie Simpson in the final stages of the Kinloss to Lossie Half Marathon.

Robbie was clocked at 64:59 so it was good to see both athletes, who are part of the scottishathletics Marathon Project, both under 65 minutes.

Welsh athlete Kris Jones, the Dundee Hawkhill Harriers athlete, came up with a fine PB of 63:09 at the Barcelona Half Marathon. Inverclyde AC duo Craig Ruddy and Sean Fontana clocked 68:13 and 68:23 respectively.