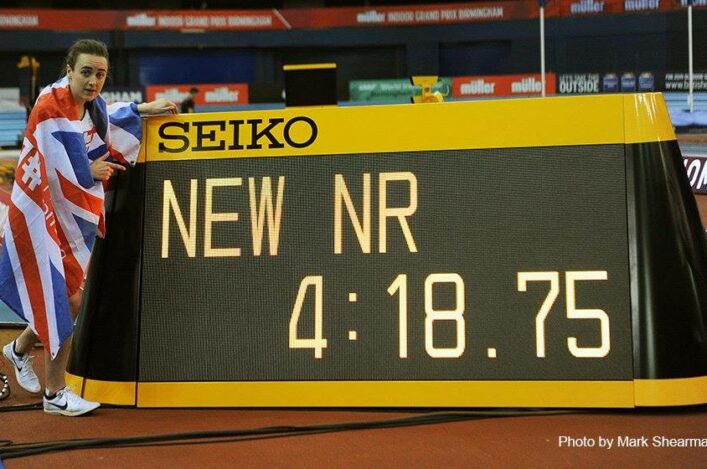 Laura Muir rewrote the British Record books once again as she smashed the indoor time set by Kirsty Wade for the mile with a superb run of 4.18.75.

That was almost five seconds faster than Wade’s mark of 4.23.86 from 31 years ago and was well inside the Scottish Record held for indoors by Yvonne Murray at 4.32.00.

It was also the third fastest time of all-time for the mile indoors for women – another huge achievement for Laura.

And Josh Kerr made it two Scottish Records in one day in Birmingham as he seized the mark for 1500m with a very impressive 3.35.72 run in a classy race which witness a World Record for indoors by Samuel Tefera at 3.31.04.

It was once again awesome running against the clock as Laura went against the clock for the last few laps in that familiar style. Laura’s 1500m split, at 4.01.83, is also a new British Record, breaking her own mark for that distance.

‘I am really happy to have got another British record,’ said Laura.

‘The reception was amazing. To get the British record was fantastic, but, for me, it was just about having a solid run today, coming away with the win and with a good time and I have done that with the world lead and the joint third fastest time ever behind the current world and European record – I will take third.

‘When you run by yourself, it is tough, but I felt good. I just wanted to run a similar distance to 1500m because I have not raced over 1500m since the end of last season.’

So, one week on from winning the British title over 3000m in the same Birmingham venue and 10 days on from a Scottish indoor record at 800m, Laura looks in good heart for Glasgow 2019 and a double medal bid.

Congratulations to Laura, coach Andy Young and her family.

There was a 4.39 PB in the race for Kerry Macangus, too, with the young Kilbarchan AAC athlete completing a great week after 1500m PBs the weekend before and a good 3K road run in Armagh.

British record reaction from @lauramuiruns following her 4:18.75 at the #MullerIndoorGPBham to go to No.3 on the world indoor mile all-time list ?. Next up, @Glasgow2019! @BritAthletics @scotathletics pic.twitter.com/bMkpTJ0lcS 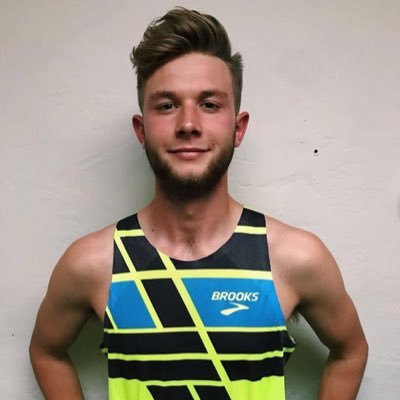 Kerr, the America-based Edinburgh AC athlete, posted 3.35.72 for fourth place in an amazing race and that eclipses the previous best of 3.37.03 held by Chris O’Hare from 12 months ago.

Congratulations to Josh, his family, his coach and all at Edinburgh AC involved in his development.

‘The British record and the Scottish record are pretty close and I’m honoured to have that to my name now,’ said Josh.

‘Training has been great, I’ve stayed away from injury and everything is really starting to come together on the circuit.  I’m loving being a part of what’s happening for me. I’m working hard to race as well as I can and be happy, but I’ll be ready again for the outdoors.’

Elsewhere, there was a fine run from Eilidh Doyle in the 400m which may well have secured her Glasgow 2019 individual slot.

Eilidh took second in the race in 52.43 just behind Stephenie Ann McPherson and ahead of British rival, Laviai Neilsen.

In the Women’s 3000m, Eilish McColgan raced indoors for the first time this season – after missing the trials through illness – and posted 8.57.19 in seventh to get inside the qualifying standard for the 3000m. 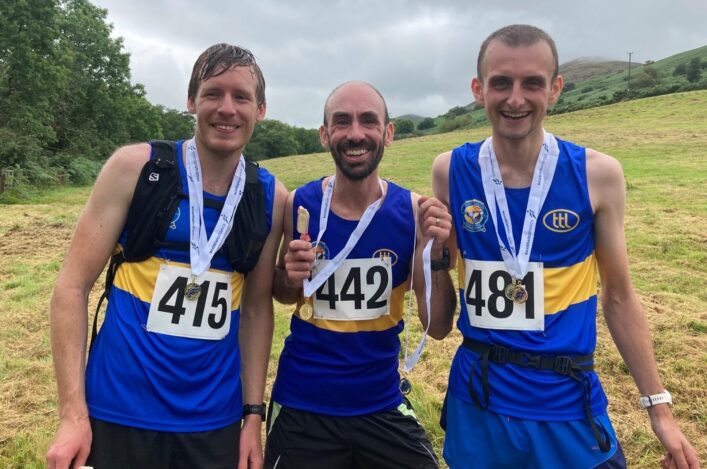