‘Hard work is paying off’ – Harkins 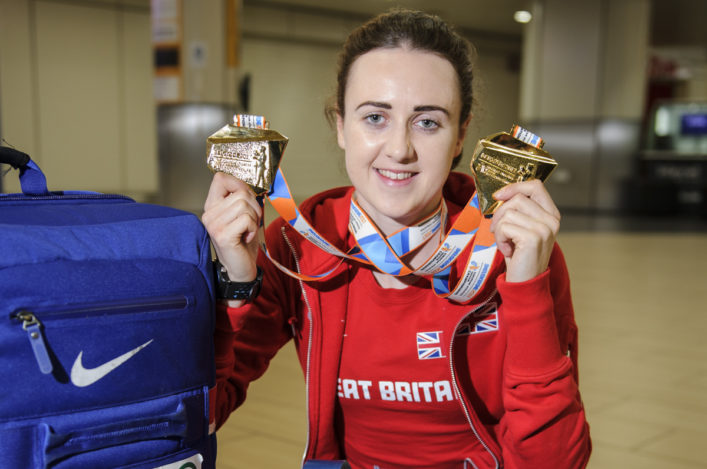 Rodger Harkins has hailed the impact being made by top Scottish athletes – and the hard work being put in by their coaches.

The European Indoors in Belgrade last weeked saw Scots command 20 percent of the GB and NI team in action in Serbia.

And they duly returned home with 40 percent of the 10 medals won by British athletes – as Laura Muir became the first Scot to land two individual gold medals at an international event, Eilidh Doyle won a silver in the 4 x 400m Relay and Eilish McColgan followed Muir home from bronze in a Women’s 3000m final which saw Scots finish 1-3-5.

‘Never before have we had two gold medals at the Euro Indoors and with Steph Twell 5th in the 3000 and Allan Smith 8th in their respective events, the total of five finalists equalled the Prague record. Guy Learmonth just lost out in the 800 qualifying and will learn from the experience.’

That overall performance has delighted Harkins, who credits athletes with stepping up and their coaches and support teams for delivering on potential, too.

The scottishathletics Performance Director will be head coach for athletics with Team Scotland at the Commonwealth Games in Australia next year.

‘People hark back to the halcyon days of the 1970s and 1980s,’ said Rodger. ‘I genuinely believe Scottish athletics is moving into an era where it will be unprecedented.

‘There are so many talented athletes about at the moment – Eilish, Laura, Steph Twell, Andy Butchart, Callum Hawkins, Lynsey Sharp to name but a few.

‘If you go back 10 years, there would only be a couple of Scottish athletes in the GB team and those athletes have inspired a generation of the next athletes.

‘We have seen athletes stepping up their performance levels. Of course, when that happens, there is always an awful lot of hard work being done in the background by their coaches and their support teams. The hard work is paying off and that’s a huge encouragement for everyone.’

Muir will double up again at the World Champs in London, taking on the 1500m and the 5000m as the event schedule allows.

‘Laura certainly has the ability and the characteristics for that. She’s had this potential for a number of years, but to deliver the performances that she did and the manner in which she did them over the weekend is absolutely amazing. It is great credit to the work Andy Young has been doing with her.’ 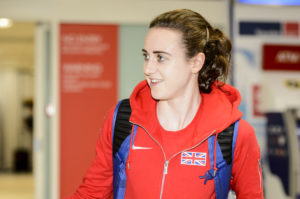 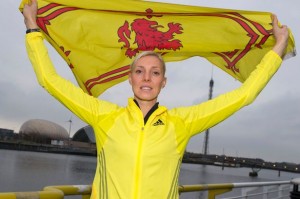 ‘The future’s really bright for Laura. I think the biggest thing for her is that she needs to keep training the way she’s training and try her best not to pick up any injuries.

‘But she went for gold and, at that stage, it didn’t pay off. Fair play to her – she feels she has a long future and there are other medals she can go for.’