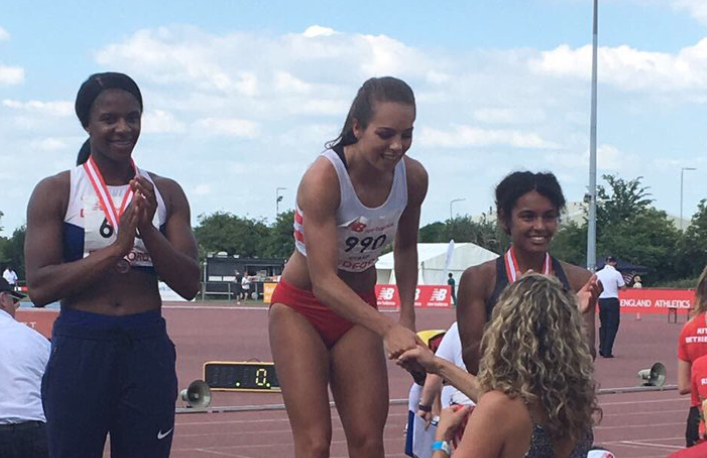 Scotland’s new generation of athletes once again proved their emerging quality at the England Athletics U23 and U20 Championships.

No fewer than 19 medals were landed on a superb weekend for Scots, and their coaches and clubs, as years of hard work came to fruition.

That tally included no fewer than eight golds – with thrower George Evans and endurance athlete Jemma Reekie each achieving an U20 double.

The Scottish success will be underlined in selections by British athletics for the Euro U20 and Euro U23 Champs over the next couple of days and the good performances were not restricted to the gold medallists by any means.

Jack Lawrie took silver in the U23 400m Hurdles and his new PB of 50.25 was just a single hundredth outside the Scottish national Record for that event.

And young sprinter, Adam Clayton, claimed a Scottish National U17 record in the 100m as he broke a mark set fully 40 years before with 10.71 on Saturday afternoon amid fine conditions in Bedford.

Kelsey Stewart’s U23 400m win was another big highlight as she ripped apart her PB, and a strong field, to win in 53.63 and then receive her gold medal from Sally Gunnell.

These performances came on a weekend when conditions were ideal for almost everyone other than endurance athletes and the over-riding impressions was of a strong sense of #SALBelieve #SALTogether coursing through the Scottish contingent – with great support and encouragement across our social media channels.

Here’s the list of the Day Two medals from Sunday’s action: 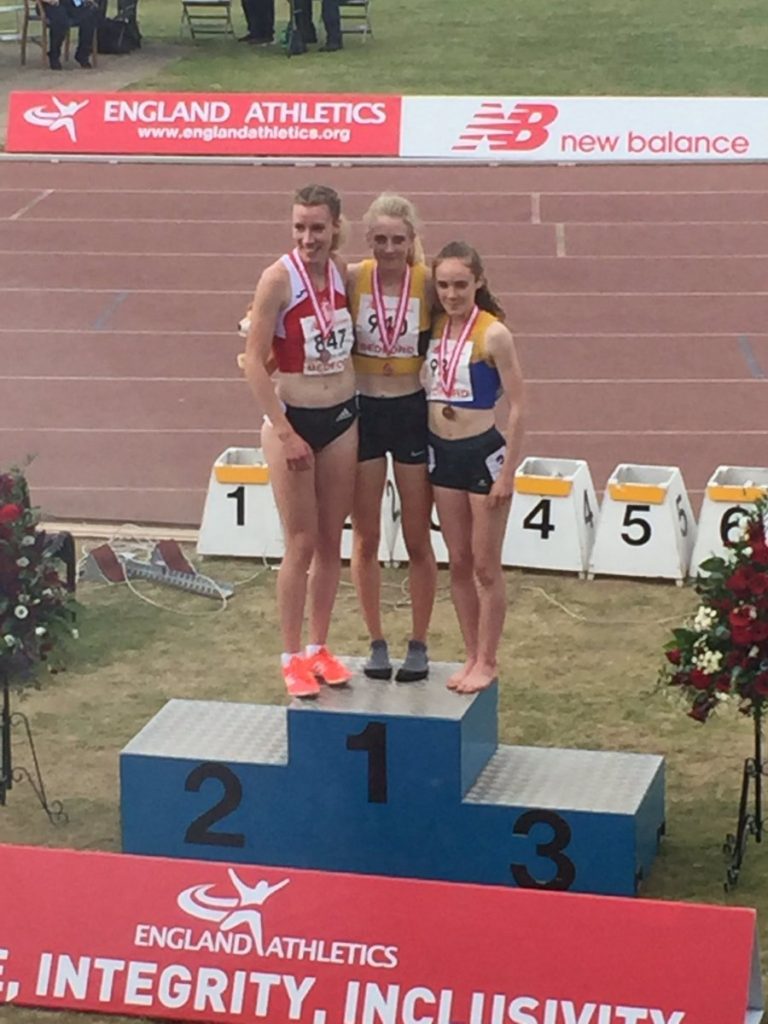 Here is the list of Day One medals from Saturday’s action:

Away from the medallists, there were of course other good performances and a scan of the Results reveals more than half-a-dozen athletes who took fourth places: Aidan Thompson, Cameron Tindle, Jill Cherry, Andrew Peck, Lewis McGuire, Ellie McGinty and Steph Pennycook.

What’s clear is the National Academy structure over the past three or so years is helping athletes, coaches and parents get a handle on what is required and that is backed up by recent medal success at this particular England Athletics U23, U20 event: 19 this year, 19 last year and 24 in 2015.

All at scottishathletics forward our congratulations to the athletes, families and coaches involved and the clubs working hard to develop talent in their formative years.