World Cross – the word from China 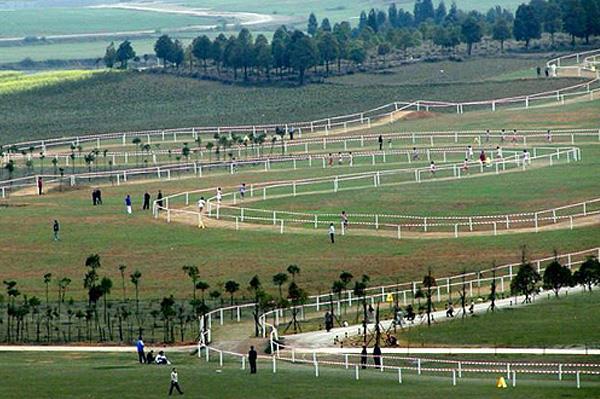 Photos of British team in China

Three Scots are with the 18-strong GB and NI team for the World Cross Country Champs in China this weekend – with the races taking place early on Saturday morning.

There is Red Button coverage on BBC and a highlights programme later in the day on BBC Two (4.30pm on BBC Two Scotland).

Races involving the Scottish trio are set to start (our time) as follows:

With grateful thanks to British Athletics media officer, Alex Ferguson, who is with the team in China, here are some comments from the Scottish trio in Guiyang.

Andrew Butchart: ‘China is very different but glad we are here and the flight is all over. It’s a nice place to train and a really good set up before the Worlds on Saturday.

‘I want to run well and place high amongst everyone in the race, especially the Europeans and that’s how I’m going to judge my performance. I think a place in the top 10 Europeans and I’d be happy.

‘British Athletics have said top 30 potential in your career so I’d like to show something towards that. Everyone wants to justify their selection, especially the seniors so we just want to get up there and amongst it to show they were right to take us.

Jonny Glen: ‘Just being out with the team to the Euro Cross in Bulgaria and travelling before has helped me this time around. It’s surreal to make two GB teams, so I am really looking forward to Saturday.

‘It’s good to get three Scots in the team and its good having Andrew as a role model, too. The Tartan Army guys from East Kilbride will be out on so looking forward to seeing them, too.

‘My coach has set a goal of top 50 so that would be respectable but I’m hoping to surprise myself and see what I can do.’

Rhona Auckland:  ‘I’m looking forward it – it’s a bit of an unknown quantity so nice to go into it with no pressure so looking to go out there and trying to run fearless.

‘In terms of having won the Euro Cross U23 title, there is probably pressure from myself than anyone else. But it was U23 in Bulgaria and now I’m stepping up to the seniors, so I have to change perspective on that as well.

‘Just not knowing how I’m racing takes the pressure off a little bit. I’m going in with the confidence from that – I know I can produce that performance and fitness wise I’m similar to where I was in Samokov so I’m trying to use it in a positive way.

‘I am sharing a room with Gemma Steel and it is great to have somebody else to learn and get new experiences from. It’s a big learning curve, so I will be asking her a lot of questions over the next few days.