U20 Euros – Scottish record, and finals for all 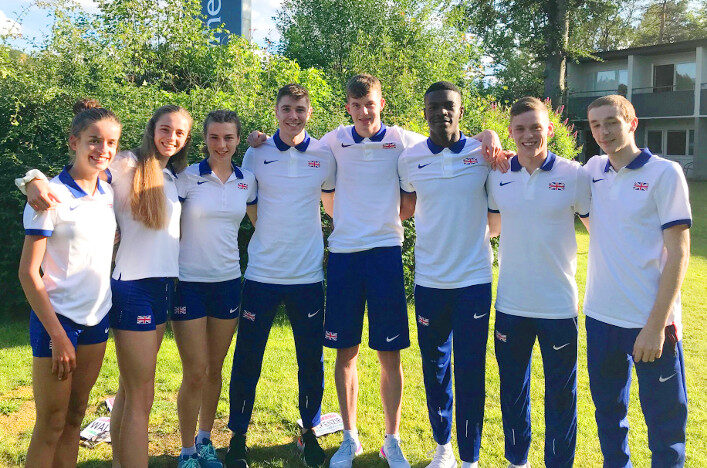 There was a new Scottish record and a ‘full house’ of finals for the #AwesomeEight – the Scots selected for GB at the U20 European Championships in Boras, Sweden.

Joel McFarlane set a new U20 Scottish record in the decathlon, with a 7203 score, bettering his previous from Bedford of 7172. En route to that achievement, he set several PBs in individual disciplines.

Every other Scot at the games earned themselves a place in their respective finals – a sign that the next generation of Scottish performance athletes are truly capable of stepping up to the international stage.

Praise Olatoke pushed hard in an extremely close 200m final, running 21.21 for 5th place. Praise also joined Fraser Angus to make up half of the GB 4x100m relay team, with a fantastic performance in the heats, coming second overall with a run of 39.92. Sadly that promise couldn’t be fulfilled in the final, with the team receiving a DQ relating to a baton changeover.

In the long jump, both Stephen Mackenzie and Alessandro Schenini earned finals spots, with a 7.07 jump for Stephen and 6.92 for Allessandro, leading to 10th and 11th places respectively.

While we know each of the athletes will have been hungry for podium spots, to see every Scot on the team achieve a European final – or Scottish record in Joel’s case – is a heartening sign that the performance pathway they are on is helping to build the next generation of international athletes.

Special mention must of course go to the athletes’ coaches and clubs for their work in getting their athletes to this position, as follows: