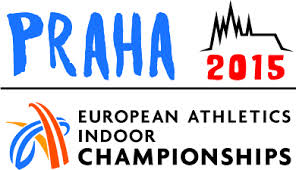 Six Scottish athletes are heading to the European Indoor Championships in Prague next month with GB and NI.

It is another remarkable representation for an international championship and reflects a series of fine indoor season performances.

Laura Muir, who won a third successive British title in the trials in Sheffield, is joined by Kirsten McAslan – who claimed 400m gold that day and then posted the qualifying time in Birmingham the following week.

And, with athletics statistician Arnold Black on the case, we have established that this is a best-ever representation for Scots in a GB team at this particular indoor event.

Scotland had four athletes competing in 1990 when the European event was held in Glasgow and Tom McKean, Brian Whittle, Karen Hutcheson and Lynne MacIntyre (MacDougall) featured for GB. Scotland have had three representatives in 1986, 1988 and 1989.

Four years ago, there was only one Scot selected – Lee McConnell – when GB competed in Paris.  Two years ago, Eilidh Child picked up two medals as she was joined by Muir in Gothenburg but Child this year elected not to undertake an indoor season.

For Smith and Learmonth it is a first Senior championship event with GB while McAslan went to the World Champs in Moscow in 2013 but didn’t receive a run as a member of the 4 x 400m relay squad.

Glasgow-based athlete, James Bowness, joins Learmonth in the 800m selection. The Englishman has been working in Scotland with Bill Parker and his group, while living and studying in Glasgow.

Scots selected for Euro Indoors in Prague – March 5 to 8

scottishathletics director of coaching, Rodger Harkins, is thrilled that the ripple effect of the Commonwealth Games is already starting to be felt – and praised the selected six for their dedication and application over a number of years to reach this kind of level of competition.

‘I am delighted for each and every one of these athletes and their coaches and families, clubs and their ‘support teams’,’ said Rodger.

‘It is once again very pleasing for Scotland to have such a good representation in a GB and NI team for a major championship – in this case the European indoors.

‘What you have to remember is that when athletes reach this kind of level, then that selection is earned over a number of years and not a matter of weeks in one indoor season.

These people have put in years and years of sessions to try and attain a level and now they are proving their quality. I’d say that all six have been aspiring to this since early in their teenage years.

‘So I am delighted for them that their application has paid off. We wish them all the very best for their performances in Prague.

‘It is exciting for us that we’re getting more people onto this kind of stage following on from seven at the World Champs in Moscow in 2013 and five for the World Indoors in Sopot last year. That really shows the progress being made by the sport.’

Congratulations from all at scottishathletics to the athletes on their selections and the coaches and clubs involved in their development down the years.

Album of pics of the Scottish Six