scottishathletics were shocked and saddened this week to learn of the passing of John Kynaston.

The Kilbarchan AAC stalwart, who was a renowned ultra runner, podcaster, blogger and inspiration to many, suffered a heart attack early in 2021. He was 61.

He is survived by wife Katrina and children Jo, Emma, Laura and Hollie.

All at scottishathletics send our condolences to John’s family and his many friends across athletics.

Originally from Liverpool and most recently living in Paisley, John started recording his thoughts and experiences training for the West Highland Way race some 15 years ago. By 2020, he had run 52 ultras, including six editions of the WHW Race.

He had a long-term goal of 100 ultras by his 70th birthday – a target which he will sadly never meet.

Social media channels across ourselves, the ultra running community in Scotland (and beyond) and Kilbarchan AAC were flooded with warm comments and messages of sympathy for John’s family.

John was a close friend of scottishathletics chairman Ian Beattie (John actually conducted the marriage ceremony for Ian and Sandra) and Adrian Stott of Run and Become. And many others in that strand of the sport.

He was also well-known in Glasgow via his day job with Active Schools where his passion to get youngsters running burned brightly.

Please run, walk or jog in John’s memory between 3pm and 4pm on Sunday (January 17). 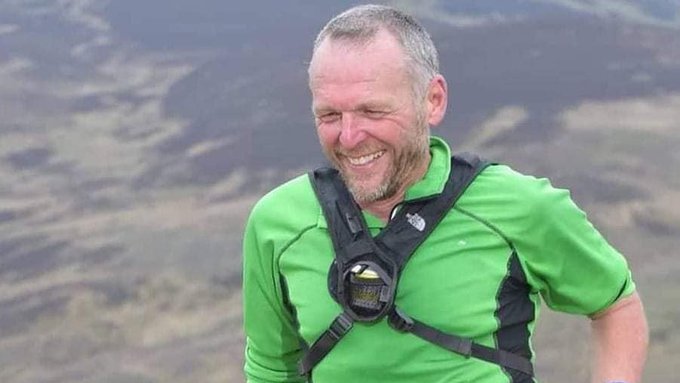 In an online tribute, John Duncan, race director of the Highland Fling, said: ‘John was a huge part of the Scottish ultra running community for so long and his kindness and enthusiasm has positively affected so many people.

‘He will be sorely missed by so many. I feel so grateful to have known John as a friend over the past 10 years.’

Kilbarchan AAC issued the following tribute on their website: ‘It is with great sadness that we share the passing of club member and dear friend to many, John Kynaston.

‘Always smiling, he had an infectious personality which rubbed off on everyone he came across. He will be sorely missed by everyone at the club and the running community as a whole.

‘A long-time club member and past club secretary, John was one of the best known ultra runners in Scotland and UK. He was a wonderful kind person.

‘Our thoughts are with Katrina, John’s family and friends during this deeply upsetting time.’

BIG heart👍 BIG smile 👍Infectious enthusiasm 👍John..you will be missed…Sad indeed, but so many happy memories for us all to treasure.Thoughts with Katrina and Family, https://t.co/pVHdb7c5ZC

A wonderful article celebrating our friend and colleague @ActiveSchoolsJK
A true gentleman 💚@maureen0207@sportscotland@fifsross@GlasgowCChttps://t.co/Sj2NrXxyZz