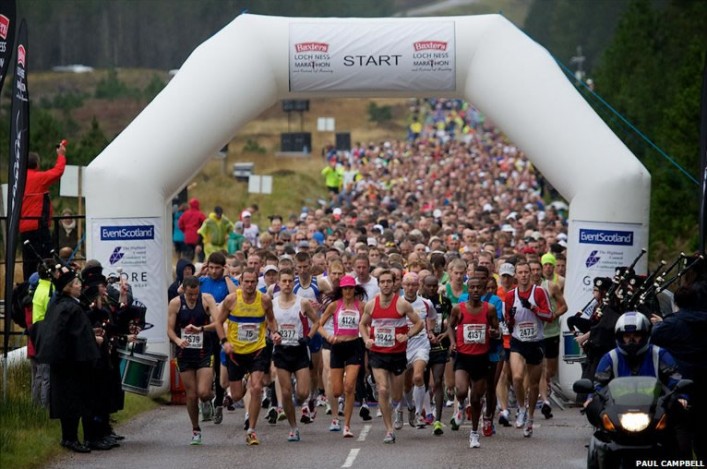 Kenyan athlete Benjamin Bartonjo has chosen this Sunday’s Baxters Loch Ness marathon for his first overseas appearance, with the aim of raising his profile on the international stage.

The 31 year-old is to make the long journey from his home town of Chopkorio in the Rift Valley to compete in the Scottish Highlands and his London-based agent, Tom Payn, believes the Baxters race offers his athlete the perfect stage on which to showcase his talent.

Payn said: ‘Benjamin has never been out of Kenya before so it will be interesting to see how he gets on.

‘He ran 62.50 for a half marathon a few years ago and he has done a few marathons at home. Although we don’t have any times for them, he has always finished in the top three which is impressive given the strength of marathon running over there.

‘We chose the Baxters Loch Ness marathon for his overseas debut because we’ve heard good things about the race and it seems like the right one for his first international outing.

‘If he does well that may raise his profile and lead to other opportunities opening up. He has been training with another of our athletes, Dominic Kangor, who won the Brighton marathon in 2013 and has a best time of 2.09.

‘Dominic says Benjamin is in good shape. He’s aiming to run around 2:15 although I reckon he’s fitter than that. It will depend on how strong his opposition will be as well.’

Tomas Abyu, the 2014 winner and four-time previous champion, has indicated he’s keen to defend his title, but the Ethiopian-born British citizen will make a late decision over whether or not to compete.

Tarus Elly, the 2013 winner who finished third in 2014, should be another contender for the top prize of £1500. However, the Salford Harriers club member, from Hyde, hasn’t run a marathon since last year’s Loch Ness race, so it’s difficult to predict how he might fare.

Scottish championship medals are up for grabs in the race but Bartonjo, Abyu and Elly aren’t eligible.

Edinburgh-based Pole Patryk Gierjatowicz, a member of the Hunters Bog Trotters club, has won the national men’s marathon title at Loch Ness for the past two years after finishing second overall behind Elly, in 2013, and Abyu last year.

He’ll start as favourite to become only the third man in the history of the competition to win the title three years in a row – the late Joe McGhee and Fraser Clyne.

Gierjatowicz, who has a best time of 2:24:21 set at this year’s London marathon, has been in good form lately, winning the Scottish 15Km trail running title in Fife at the beginning of the month before going on to finish sixth in the national 10km road running championships at Stirling.

His opponents include local hero John Newsom (Inverness Harriers) who is hoping to improve on his best of 2:24:28 set at Frankfurt in 2012. Newsom goes into the race on the back of winning the Scottish north district half marathon title at the Glen Moray race in Elgin.

Others who hope to be in the hunt for a place among the leading finishers include Corstorphine’s Dougie Selman and Newsom’s Inverness clubmate Donnie Macdonald. 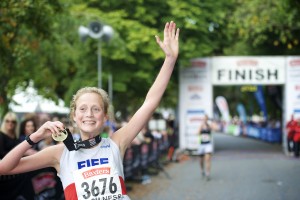 Megan Crawford will start as favourite to win the Scottish women’s marathon title for the second time in three years.

The Fife AC runner picked up her first national victory on her marathon debut at Loch Ness in 2013 when she recorded 2:46:37. She improved to 2:46:25 when being narrowly beaten by Jenn Wetton, who set a course record 2:46:10 last year, then posted her current best time of 2:40:17 at London in April.

Tomas Abyu’s training partner Getenesh Tamirat (Belgrave Harriers) could be one of Crawford’s main challengers for the women’s prize if she decides to run. The 35 year-old has a best time of 2:47:47 set when winning last year’s Jersey marathon.

Other contenders for the top prizes include Gillian Sangster (Dundee Road Runners), Shona McManus (Kelvin Runners) and Yorkshire’s Carol Morgan. Erica Christie (Bellahouston Harriers), who has competed in all 13 previous Baxters Loch Ness marathons, and was first in the over-50 age group last year, will also be in the field again.

Neil Renault will aim to go one better than last year when he competes in the Baxters River Ness 10km which is shaping up to be an exciting race.

The Edinburgh AC runner finished runner-up behind Inverclyde’s Andy Douglas in last year’s event but Douglas is an absentee on this occasion. Renault has been in good form and has a best time this year of 30:40 set in the Wilne 10km at Draycott.

Former Scottish 800m and 1500m champion Mark Mitchell could provide the surprise of the day, however, in what will be his first race since June 2014.

The Forres Harriers club member, who was unlucky not to make the Scotland Glasgow 2014 Commonwealth Games team, is on the comeback trail after long-term injury. Mitchell has a best 10km time of 30:33 which he recorded at Nairn three years ago.

Scottish 10,000m track champion Will Mackay (Aberdeen AAC) is another who should be involved at the head of the field although the Englishman has been struggling with an achilles injury in recent weeks. Kenny Wilson (Moray Road Runners) and Gordon Lennox (Inverness harriers) are among the others who will battle for a position on the podium.

Jenny Bannerman (Inverness Harriers) hopes to have fully shaken off an upper body muscle injury in time to defend her title in the women’s race. The north athlete was below par in the Scottish 10km championships at Sirling a fortnight ago, but still finished sixth. Her current best of 35:15 was clocked at Grangemouth in April.

MacLarty and Bannerman will both have to look out for Shona McIntosh, who won the Scottish title at Stirling. The Hunters Bog Trotters club member has fond memories of Inverness, having won the Highland capital’s half marathon in March.

Fiona Thompson (Central AC), the 2013 10Km road Scottish champion, is also in the field as is former Scottish 1500m track champion Nicola Gauld (Aberdeen AAC) who was runner-up in 2012 and  2013. Jenn Wetton (Central AC) , who won the marathon last year in a women’s course record time, is on the road back to full fitness after injury and  will also test herself.

*Entries have now closed for the marathon and 10Km but limited entries will be taken for the Baxters River Ness 5K and Wee Nessie children’s run over the course of the race weekend.

For full information on this weekend’s event, including road closures visit the event website