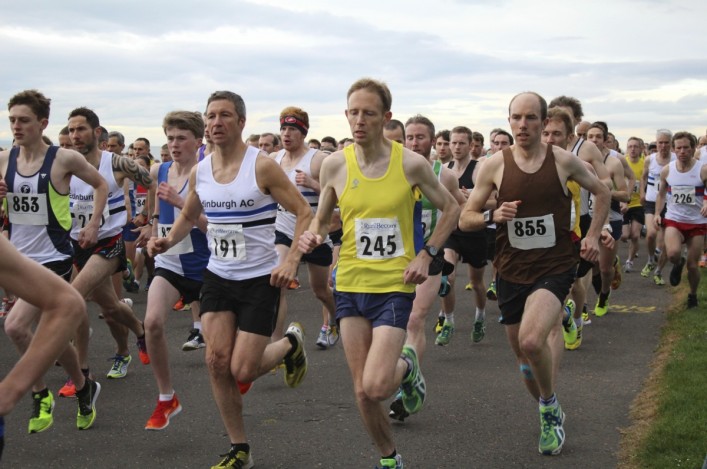 Info for the Run and Become Self Transcendence race including venue

Check out the start-lists here via the ‘sign-ups’ icon

GB and Scotland international Callum Hawkins heads the men’s field for a record entry in the Scottish 5K Champs on Wednesday.

And the women’s race at the event traditionally staged by Run and Become at Silverknows is shaping up nicely with the likes of Josephine Moultrie and Canada-based Sarah Inglis likely to contest the medals.

With more than 400 entries, the Scottish 5k Champs have enjoyed a 20 percent rise in what is now renowned as an event where many athletes achieve PBs. There are no entries on the night.

In the 2014 event, no fewer than 139 people broke 19.00 minutes for the 5k distance from 271 finishers and there looks to be even better quality in the field this time around.

Hawkins and company may even have an eye on the course record, depending on the conditions. The 14.35 was set by three different men in three successive years and anyone running quicker this year will land an A standard share of the scottishathletics Road Race Grand Prix £4000 prize-money. The B standard for the men is under 14.45.

The Tom Scott 10-Mile staged the first in the Grand Prix and there were three men’s A standard achieved that day by running under 50.00 minutes. The  women’s winner, Megan Crawford, landed a B standard there.

Kerry-Liam Wilson is looking for a fifth successive Masters success and there are team medals as well as U20 medals also up for grabs. The teams are three to score and the Road Running and Cross Country website archive lists all the previous winners.

*There will be chip timing in operation for the first time for 2015.

Also, please, with big numbers involved we’d ask runners where possible to think about car sharing for the trip to Silverknowes. The parking is on Marine Drive. The race starts at 7.30pm.