Photo collage with thanks to Mark Shearman and Bobby Gavin

We are delighted to update this story on Friday 23 July with the news that wheelchair racer Mel Woods has been added to the Tokyo Paralympic team, competing in the T54 400m and 800m. That brings to nine the number of Scots now selected for the Games in Tokyo.

It’s a superb achievement for Mel, who took up the sport only two years ago but has already competed at the WPA Europeans in Poland earler this year, where she threatened the podium in several events. 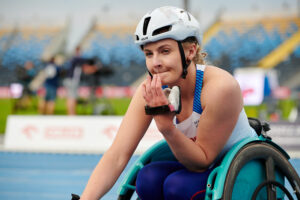 All at scottishathletics would like to extend our congratulations to Mel, along with her club Red Star AC, and coach Rodger Harkins.

Our National Disability Pathway Officer, Pamela Robson, said: “This is a fantastic achievement after such a short time in the sport, but one that we know Mel really deserves – she’s approached her training with such dedication and really earned her place on the team. We wish her all the best and look forward to seeing her on the track in Tokyo.”

We have amended the story below, which originally appeared on the website on Wednesday, to reflect Mel’s addition to the team.

A total of nine Scots are set to represent Team GB&NI at this year’s Paralympics in Tokyo.

This week’s team announcements from ParalympicsGB see another seven Scots heading for Tokyo in August and September:

These are in addition to Jo Butterfield and Maria Lyle, already announced for the team in the F51 Club Throw and T35 100m and 200m, respectively.

The selections come on the heels of a superb year for Scottish Para athletes, with Maria Lyle, Libby Clegg and Stef Reid among those bringing home medals from the WPA European Champs last month. 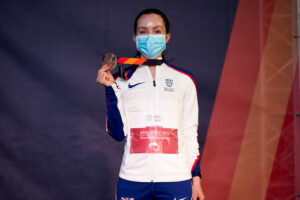 Above: Stef Reid with her European bronze medal in Bydgoszcz

Scots picked for the team include a spread of upcoming talent and seasoned experience – Owen Miller and Mel Woods will be heading for their first Paralympics, while Libby Clegg steps up for her fourth.

Head of Performance for scottishathletics, Mark Pollard, said: “Everyone at scottishathletics would like to extend our congratulations to all the athletes selected for the Paralympic team, along with their coaches, clubs, and all who support them. It’s a huge honour to compete at this level, and one that we know is earned through months and years of hard work and dedication.

“We were proud to see six Scots represent GB&NI at the Paralympics in Rio in 2016, so to see that number now rise for the Tokyo games only shows how vibrant Para sports are in Scotland right now. We have Paralympic team members representing sprints, middle distance and endurance; ambulant and wheelchair racers, jumps and throws – to see such breadth across the disciplines is superb. We wish them all the very best and can’t wait to watch them compete later this year.”

National Disability Pathway Officer for scottishathletics Pamela Robson said: “We’ve already had an exciting year for Scottish Para athletes – some superb performances at the European Championships set the tone for these Paralympic selections, and there’s no doubt that Scottish Para athletes are really seeing themselves now as deserving of a place at World level.

“It’s even more encouraging to see that positivity and aspiration coming on the back of such a challenging period – despite all the uncertainties of recent months, athletes have maintained their momentum and delivered performances that have merited selection to the Paralympic team, and that makes us incredibly proud.”

The total GB&NI Team for the Toky0 Paralympics now stands at 47, with 32 names announced on Wednesday and three on Friday, in addition to 12 selected prior.

“I am proud to announce our team for the Tokyo Paralympic Games,” said Paralympic Head Coach at UK Athletics, Paula Dunn.

“We have selected an incredibly strong squad of athletes who have excelled at past Games, to those who have progressed significantly during the last cycle, to a number of Futures Academy athletes who have stepped up in recent times to put themselves in contention.

“It is a testament to all the hard work from the athletes, coaches and their support networks, their family and friends. We will be supporting everyone on the team so they will be in the best position to achieve their goals in Japan next month.” 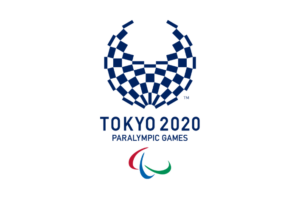