All the start-lists for February 22

New course for 2015 at Callendar Park

The National XC in Falkirk has attracted the biggest entry fields for 21 years – with 2213 names put forward.

And the tally of 331 Senior Women on start-lists for the big day at Callendar Park on Sunday 22 February is the largest number of those available on record.

The figure is up by 101 athletes on the entry list from 2014 and just four years ago the tally was 1799  – so the significant upward trend is clear with this year’s figure 23 percent of that 2011 total.

To give you one more compelling, telling headline figure – entries for the Scottish National sit at almost exactly 25 percent of those for the English National XC in London over the same weekend. When you think of population ratios, that really is remarkable.

It is another marvellous endorsement for the sport in this country with the continued rise in participation demonstrating real commitment by clubs, coaches, athletes, parents and volunteers.

At scottishathletics, we are absolutely delighted that National Championship events are proving so popular and once again we pass on our thanks to those who make this possible – most specifically the clubs themselves and also, particularly, officials and marshals at events which, at the National XC this year will include former XC champion and Olympian Freya Ross.

So here is the breakdown on entries for Callendar Park:

Check out Entries and Finishers down the years on the excellent Road Running and Cross Country website archive. 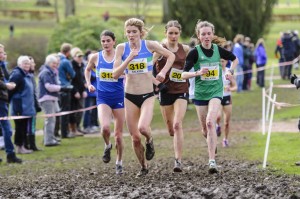 ‘I am delighted to see such a great entry for the National Cross Country Championships,’ said scottishathletics chairman, Ian Beattie.

‘This is one of my favourite days in the athletics calendar, and I am looking forward to seeing such a large number of clubs taking part across all age groups – the highest number of entries since the first joint (Men and Women) championships were held in Irvine 1994.

There have been some top quality cross country performances so far this season from Scottish athletes – at home, down south and in Europe. I am sure we will see more quality performances a week on Sunday; not just at the front of the races but at all points throughout the large fields.

‘This is the 10th consecutive year that the National Cross Country Championships have been held at Falkirk. We are hugely grateful to Falkirk Community Trust for their continued support, also to the host club, Falkirk Victoria Harriers, and to all of the officials and helpers who put in so much work to make this day such a success.

‘I think it says a lot about our inclusive nature of our sport that one of the marshals will be Freya Ross, a many time winner of the Women’s title, and one of the GB marathon team at the 2012 London Olympics.’

The Senior Women’s race entry figure tops last year by two at 331 and that is the biggest figure ever for those years where records are available. It is the fourth year in a row that the tally for Senior Women has been over the 300 mark.

This winter, of course, has formed the first year of a three-year agreement with law firm Lindsays for the Lindsays Cross Country Season and it is great that paretnership has coincided with numbers continuing to grow across events like the 4K Champs, the Districts and the National XC itself.

We fully appreciate that entry numbers are not in themselves the be all and end all in terms of ‘legacy happening’. And the issue of growing the sport is much wider than numbers at National Championships – but arguably they do give a simple marker on ‘development’.

The 2015 figures above show growth at U13 Girls and U13 Boys and that the Senior Men’s numbers are climbing steadily. Young and old, people are committing to cross country while we’ve already highlighted a really terrific response to the Age Group Champs at the Emirates Arena. 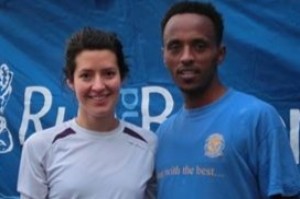 * There’s £4000 of prize money on offer to athletes in the scottishathletics Cross Country Grand Prix – with the last races in the Series taking place at the National XC.

Callendar Park is the venue on Sunday 22 February, of course, and while there are clear leaders at the top with double points on offer there could yet be significant changes.

Shettleston’s Tewolde Mengisteab is out in front in the men’s table after three events with 71 points and with Murray Strain of HBT in second place on 53.

Three further clubs are represented in the top five as follows: Luke Traynor (Giffnock North), Craig Ruddy (Inverclyde AC), Andrew Butchart (Central). Butchart won the 4K Champs at Bellahouston but missed the Inter-District in Edinburgh as he raced for GB and NI instead!

Andrew’s Central team-mates, Morag MacLarty and Jennifer Wetton, are the top two in the women’s table after three events. MacLarty’s win in dreadful conditions at Holyrood has taken her to 73 points and a 20-point lead over Wetton.

The chasing pack is led by third-placed Megan Crawford (Fife AC) with 40 points ahead of Michelle Sandison (Springburn) and Dianne Lauder (Gala Harriers).

Check out the tables for men and women after three events – the 4K Champs, Districts and Inter-Districts – on the specific page for the Cross Country Grand Prix. The prize-money runs down to 10th place with double points on offer for the top 20 places in the Senior races at Falkirk. 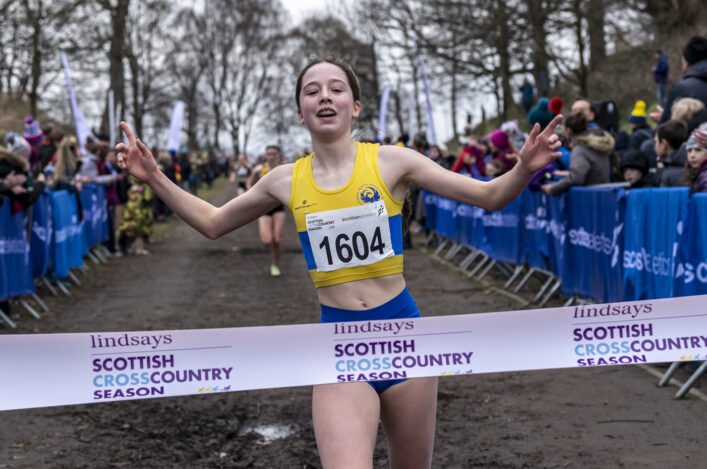