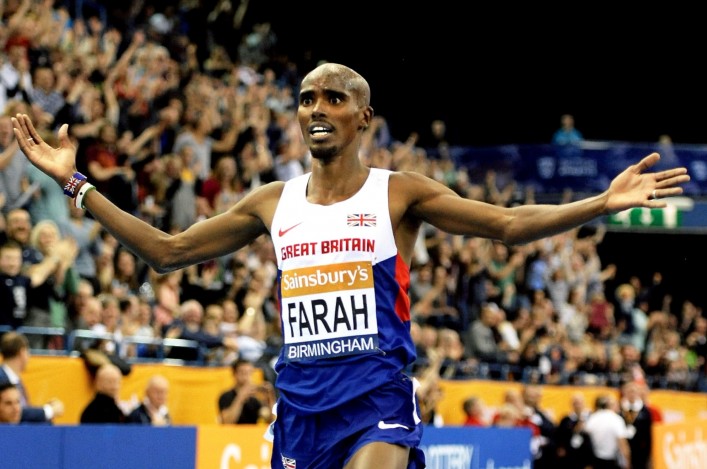 The Grand Prix meeting is the best indoor athletics meeting in the world and will be staged at the Emirates Arena for the first time, following its move from Birmingham last year.

With 100 days to go until the Glasgow Indoor Grand Prix, British Athletics has confirmed that Farah will compete in the 3000m, likely to be his only indoor race of 2016.

The Glasgow Indoor Grand Prix is the best one-day athletics meeting to ever be held in Scotland and will feature many of the world’s best athletes.

It will provide a crucial platform for Mo Farah as he aims to win the 5,000m and 10,000m titles at the Olympic Games in Rio next summer.

‘I’m looking to 2016 as another massive year for me and the Glasgow Indoor Grand Prix will be a key part of that,’ said Farah.

‘The 3000m in Glasgow is likely to be my only indoor race of 2016 and I want to make it a good one. It will give a good indication of how my training is going and will hopefully set me up for a successful outdoor season.’

He is excited about the prospect of returning to the Scottish city and running at the Emirates Arena for the first time. ‘I haven’t competed in Glasgow since 2012 and it will be great to be back. The Scottish crowd love athletics and I’m sure they will give great support to the athletes.’

The Indoor Grand Prix, ranked as the number one indoor event in the world for the past 10 years, will be held in Glasgow for the first time in 2016 as the city alternates hosting the event with Birmingham up to 2020. 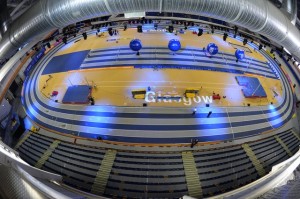 Scotland’s Commonwealth and European 800m medallist Lynsey Sharp believes that Farah’s appearance at the Indoor Grand Prix is great news for Glasgow, particularly with the city bidding to host the 2019 European Indoor Championships.

‘He is one of the biggest stars in sport and I am sure that his participation in this world class event will really help create an amazing atmosphere at the Emirates Arena.

The Scottish public always support athletics passionately and I’m sure that this event will be one of the best that Scotland has ever seen.

Niels de Vos, Chief Executive of British Athletics, said: ‘Mo Farah is one of the biggest stars in British sport. The Glasgow Indoor Grand Prix will be the best single day of athletics ever staged in Scotland and we are thrilled that Mo will be taking part.

Paul Bush OBE, VisitScotland’s Director of Events, said:  ‘The Glasgow Indoor Grand Prix will raise the curtain on a landmark year for athletics and signals the start of the final countdown to Rio 2016.

‘Fans at Glasgow’s Emirates Arena will delight in watching Mo Farah, alongside a world-class cast of international athletes, begin final preparations for the Olympics and are sure to be treated to a number of sensational performances.’ 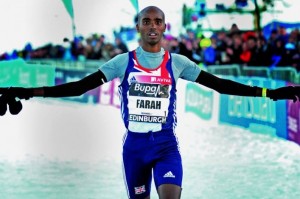