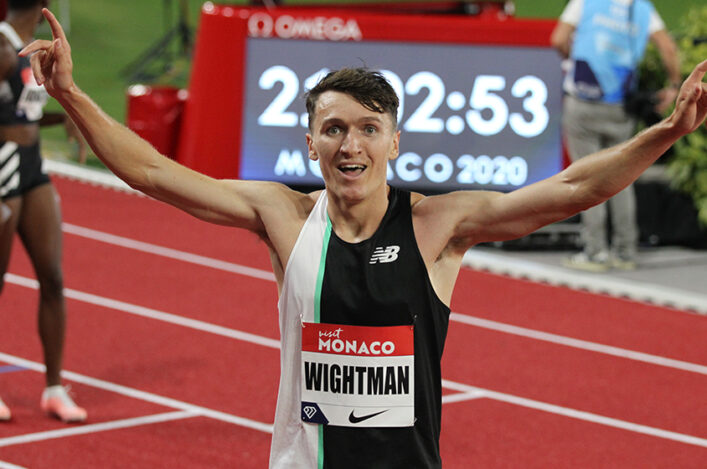 Jake Wightman smashed the Scottish Men’s 1500m Record in Monaco in August to post one of the main highlights of the year.

The Edinburgh AC athlete took more than two seconds off his own previous mark, as he brought the Record under 3 minutes 30 seconds for the first time with a superb run clocked at 3:29.47.

It catapulted Wightman to No 2 on the British all-time list but such is Jake’s desire to be viewed as middle distance man capable of both 800m and 1500m excellence that he has sights firmly set on a big name from the past.

Tom McKean has held the Scottish Record for the men’s 800m for fully 31 years since a run of 1:43.88 – and both Tom himself and that performance continues to command huge respect.

‘Tom McKean’s time is one that I’ve known for years and been easily able to recite,’ said Jake, recently named 4J Studios Performer of the Year jointly with Laura Muir and Jemma Reekie.

‘It is such a benchmark and trying to get close to it was a big target for me in 2020.

‘Nobody in Scotland has really come close to it down the years. For many years, in fact.’

‘For me to knock about half a second off and get a new PB in Ostrava felt like a step forward and it has taken me about three tenths away from Tom’s Record (Jake clocked 1:44.18 in the Czech Republic).

‘Three tenths in an 800m could just be positioning or a slightly quicker first lap.

‘I will believe  looking to see if I can have a few good shots at that time over the course of my career.

‘Credit to Tom McKean – it is an impressive time. And I’m not sure how many times in his career he ran sub 1:45 or sub 1:44 but I know it was a lot and it is a lot more that we are doing at the moment.

‘It shows you the calibre of Tom as an athlete so it is a Scottish Record which deserves to have stood the test of time – but I hope it won’t last much longer.’ 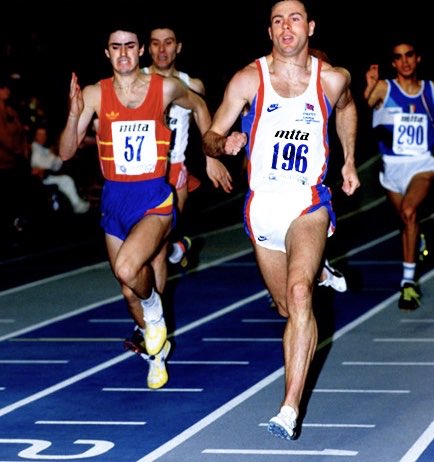 *Tom McKean‘s career was covered extensively in our History section by Arnold Black – in one of his Arnold Archive pieces.

It was quite a career, with a string of medals and achievements not to mention a spectacular overall CV of 45 sub 1:46 runs between 1986 and 1992.