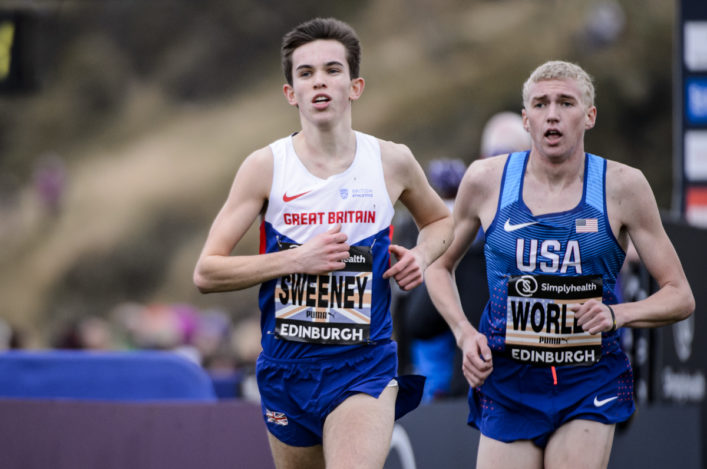 A number of Scottish athletes head to the final leg of the British Cross Challenge Series this weekend – and the inter-Counties XC event.

Loughborough is the venue this year with the fixture having been moved from the recent regular venue in Birmingham.

And there’s plenty to race for with GB vests up for grabs for the Worlds Cross Country Championships; Inter-Counties medals; points in the overall British Cross Challenge Series; and, for Scottish Senior athletes, the last race in our own Scottish Cross Country Grand Prix.

Lachlan Oates and Jamie Crowe, who are second and third in the GP, are set to race this weekend as they chase overall leader, Kris Jones (who is not racing at Loughborough).

Morag MacLarty has won the Women’s division but there are seven of the top 20 women in the Scottish GP series due to compete at the Inter-Counties to much is yet to be decided.

At U20 level, there was hopes for potential Scottish representation in those GB and NI teams for the World Cross in Uganda – with the selections to be announced next Tuesday.

And, in some of the lower age-groups, there looks to be real hopes of success in the British Cross Challenge Series in the final events.

All at scottishathletics wish all the best those competing at the Inter-Counties XC in Loughborough this weekend and their coaches and families.

Mark Mitchell made an impressive half marathon debut at Inverness last year, finishing second in 66.07 – but the Forres Harriers club member wants to do even better this Sunday in the 33rd edition of the race.

A record 2,613 runners have signed up for the event, but only a handful seem capable of challenging Mitchell for the top prize especially as title-holder Andrew Douglas (North Highland Harriers) is an absentee because he is recovering from a hip injury.

Mitchell, the former Scottish 800m and 1500m track champion who lives in Inverness, believes he is in better shape than 12 months ago, and is relishing the prospect of testing himself over the 13.1 mile course which is rated one of the fastest in the country.

‘My training has gone well,’ said Mark. ‘I’ve been doing similar sessions to last year but I’m doing a bit more and I’m running a bit faster. I ran the half marathon distance in training recently in around 67 minutes, so that was encouraging.

‘I also feel better prepared because I have the benefit of having raced over the course last year so I know exactly what to expect at different points.’

His rivals include the new Shettleston Harriers recruit Weynay Ghebresilasie who is a bit of an unknown quantity. The Eritrean recently moved to Scotland, having lived south of the border for a number of years. GB 50K international Michael Crawley (Corstorphine AC)is another contender.

Jenn Wetton has won the Baxters Loch Ness marathon twice in recent years but the Inverness half marathon title has so far eluded the Central AC runner.

‘I would certainly like to win this time,’ said Jenn. ‘My training has been going well and I’ve been putting in a lot of miles and some good tempo runs because I’ve been helping  a friend prepare for the Los Angeles marathon. I’m certainly a lot fitter than I was in 2016.’

Wetton faces a formidable opponent, however, in the shape of Glasgow-based Irish athlete Fionnuala Ross of Shettleston. 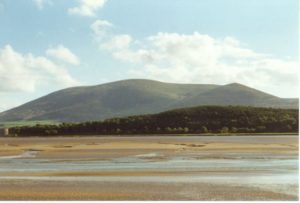 The West District  Championships will be open to runners from clubs based in the Strathclyde area and Dumfries & Galloway, and who are members of scottishathletics. There will be medal prizes for various individual categories and teams.

The race will also be used as a form guide for selection for the male and female Scotland West teams for the UK Inter-counties Hill Running Championships in May, which will held in Scotland.