scottishathletics were delighted to announce a new kit deal with Macron earlier this month.

And now we are looking for help from the athletics community to help Macron and ourselves select a suitable design for the new Scotland international vest.

The agreement will see Scottish athletes wear Macron kit for all international events as part of a two-year deal with the governing body.

Macron, who are currently kit sponsors of Edinburgh Rugby, Glasgow Warriors and all Scottish national rugby teams, will produce the entirely new competition kit design for scottishathletics teams across all disciplines and age groups.

That kit will be worn by Scotland representative teams and the agreement also offers the benefit of exclusive deals to Scottish affiliated clubs via the Macron Store at Murrayfield Stadium in Edinburgh.

With help from Macron, we’ve now selected three options for a new Scotland vest – two of them navy blue and one white – and are asking folk to get involved in our online poll to help us pick one of those designs to proceed to manufacturing. 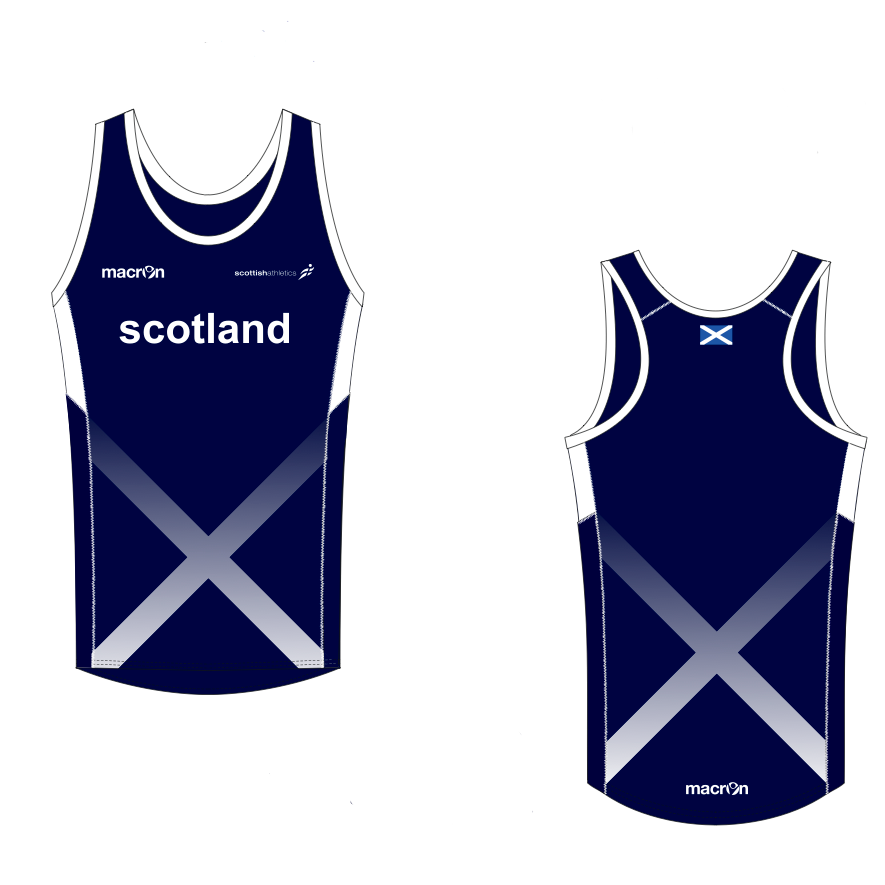 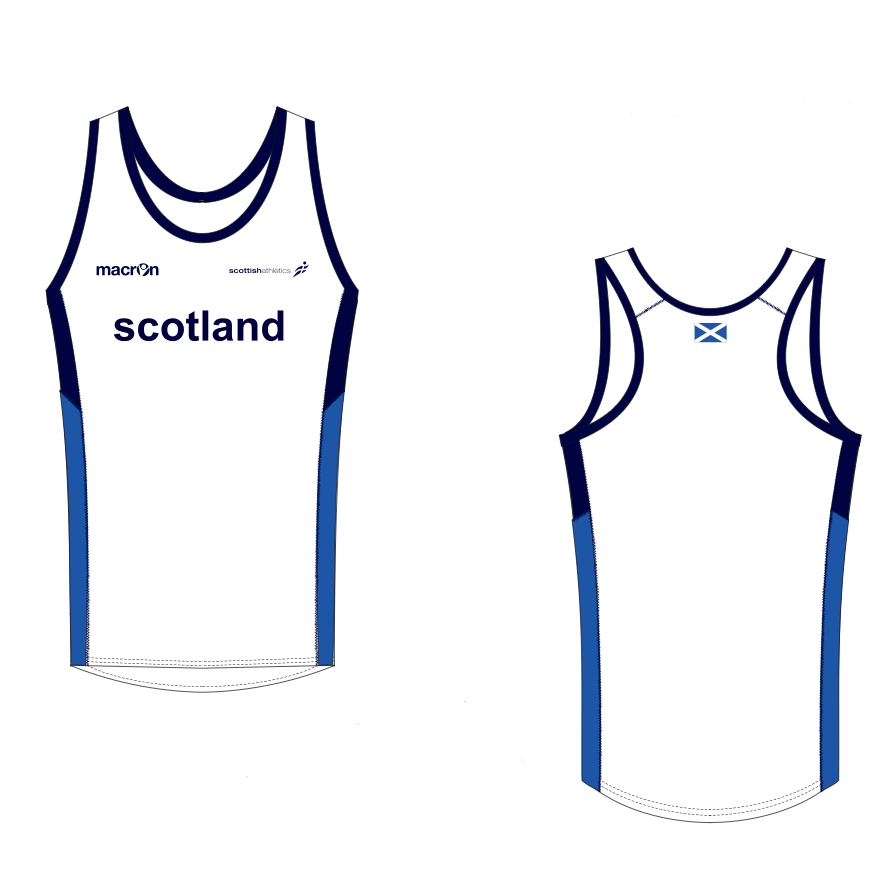 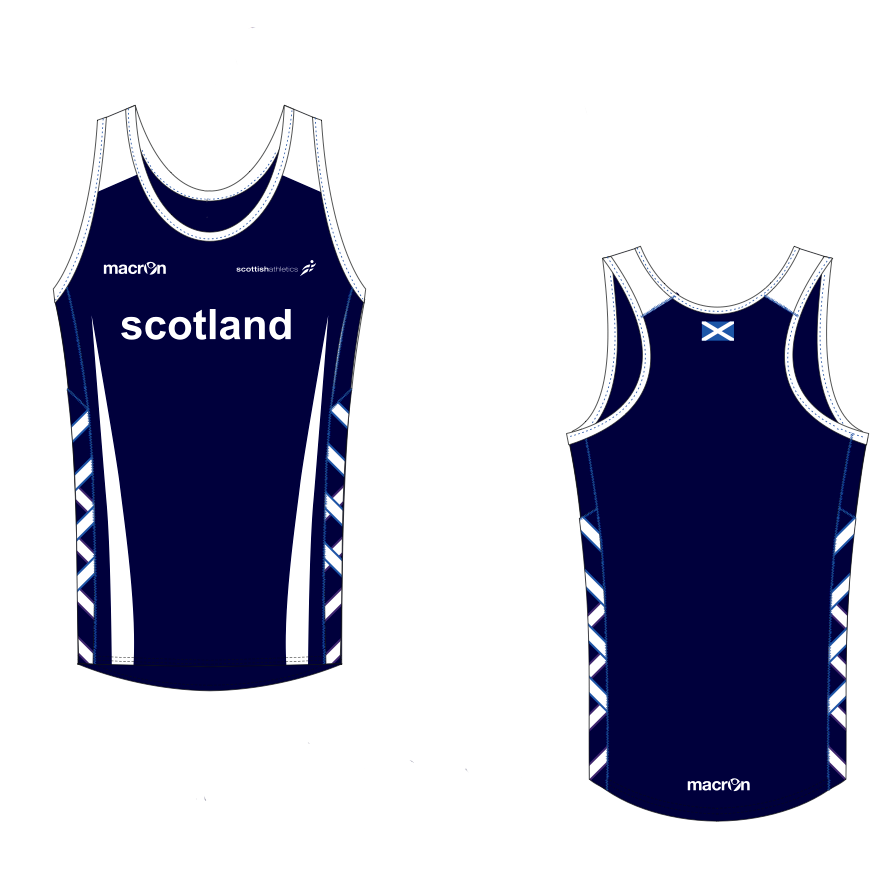 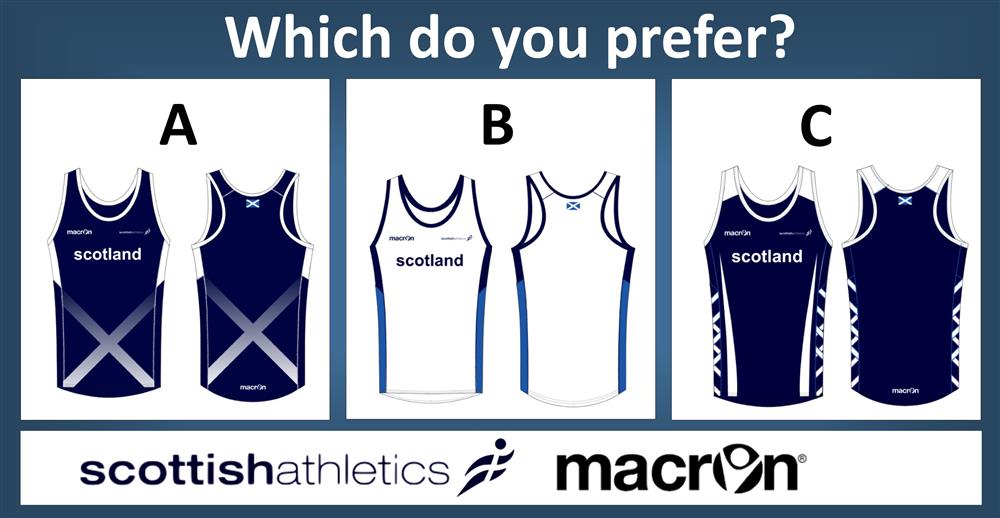 Simply give us a choice from the three options and we will collate the responses when making the final decision. The poll will close at noon on Friday 16 September. Only one response will be accepted per computer/device.

Once we’ve announced the decision, Macron will start producing those vests for those selected for international action later this winter and into 2017.

Thanks in advance to all those who vote! 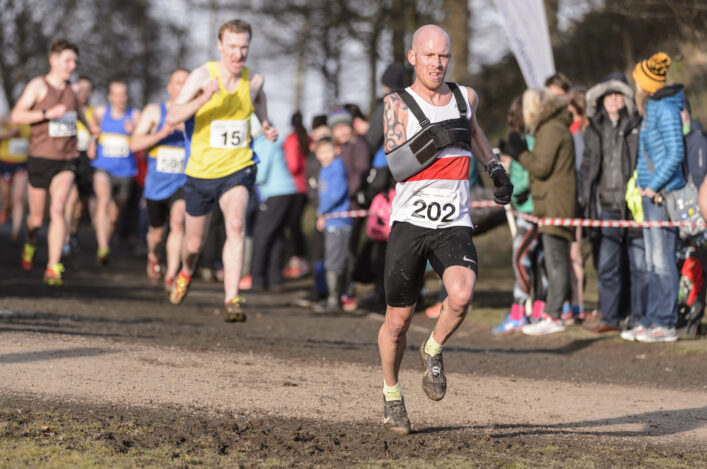 Volunteer for role with our Disciplinary Panel