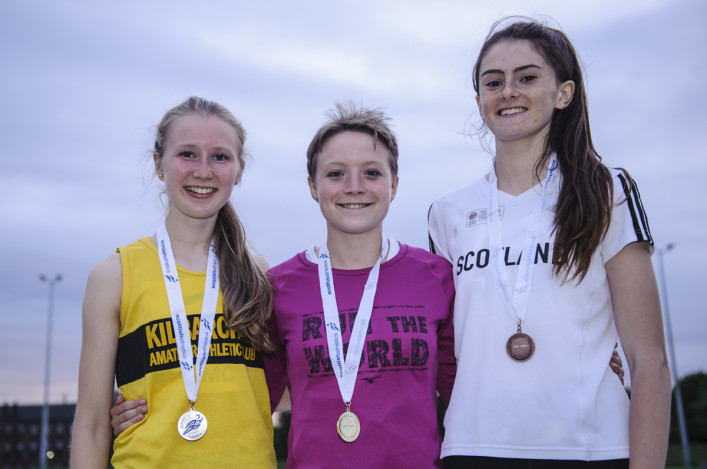 With big fields and 17 races across two distance, the combination of 800m and 3000m once again delivered a big hit with athletes and coaches.

And there was a rash of PB performances from those at all ages and stages and across both distances.

Jamie Crowe, one of Central AC’s emerging athletes under the guidance of Derek Easton, snatched the main 3000m race with Ben Greenwood of Perth Strathtay and Philippa Millage of VP-Glasgow winning the two fastest 800m races.

And there were Scottish U17 titles at 3000m for Struan Paton of Ronhill Cambuslang Harriers and Kate Gallagher of Central AC – as well as a clutch of Women’s Masters medals on a night when athletes from all over the country descended on Glasgow.

Crownpoint now boasts the track surface that was at Hampden and with around 270 names on entry list there was clear evidence once again that these well-organised GAA Miler Meets offer the perfect model for event specific meetings. 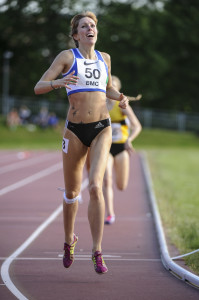 scottishathletics are delighted to work in partnership, in terms of hosting some championship events therein, and the U20 and U17 Scottish titles were keenly-contested.

‘I was happy to win it and get the PB as well,’ said James.

‘I did steeplechase last summer and represented Scottish Schools in the SIAB in that but I’m enjoying running on the flat now so I think I will stick with that for the time being. My coach is Les Kelly and I train in quite a big group in Dundee with a lot of help from training partners like Chris Jones and Gordon Barrie.’

Simpson is no stranger to the U20 podium and took the gold with a PB in 9.40.07 to win from Laura Stark, on the day the Kilbarchan AAC athlete celebrated a GB call-up in hill running, and Ayr Seaforth’s Kirstin Oakley.

Paton won the U17 Men’s gold in a PB of 9.02.31 from Inverclyde AC’s Ryan Gray and his Cambuslang team-mate, Drew Pollock. Central AC’s Gallagher was the U17 Women’s champion in 9.58.72 to win from Aberdeen’s Naomi Lang and Inverclyde AC’s Shelby Morrison. 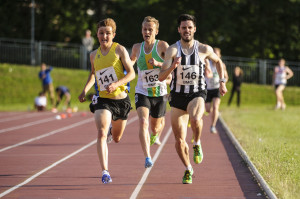 West District champion Millage took on an array of promising young athletes in the main Women’s 800m race and pulled clear to win in 2.05.23 with a PB as Jemma Reekie was second in 2.07.23 and Steph Pennycook third in 2.07.98.

‘That’s a Scottish masters record and I’m trying to get them at 400m, 800m and 1500m and will go to Aberdeen for the Masters Champs,’ said Philippa.

‘Before then, though, I’m at Birmingham for the British Champs and Olympic trials – I have the qualifying time for that and have been invited so why not race? It will be a great championship to be at this year I think.’

There was a good 3000m run by Scotland international Stacie Taylor for a PB at 9.36.

The Women’s Masters golds went to:

*Big thanks to the GAA for their ogranisation and to the volunteers who make these events such a success – particularly to the scottishathletics officials on duty. And to the pace-makers who put in strong shifts to try and get people to the PBs they wanted! 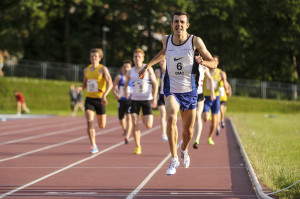