Scotland plays host to the Celtic Games track and field youth international at Grangemouth on Saturday.

It’s an opportunity for more than 120 young athletes from our clubs to wear a representative vest at U18 and U16 level against visiting athletes.

The opposition features teams from Wales and Ireland and there will be two Scotland teams in action – the Celtics team and a Scottish Schools (SSAA) Futures team. This is in keeping with the recent format of the event in terms of the host country fielding two teams.

Start-lists and timetable (will be Live Results service on Saturday)

That Scottish Schools Futures team this year means more Scots have the chance to experience track and field action in an international context and for many this will be their first taste of this kind of event.

Since we announced the teams late last week, it has been good to see the response on social media as clubs celebrate the selections which really do span the length and breadth of Scotland.

Just as one example, Shetland AAC have no fewer than four athletes involved across the two teams (Seumas Mackay, Stuart Bain, Leigh Nicholson and Katie Dinwoodie), which is a fine reflection on the development work happening and good work by coaches. 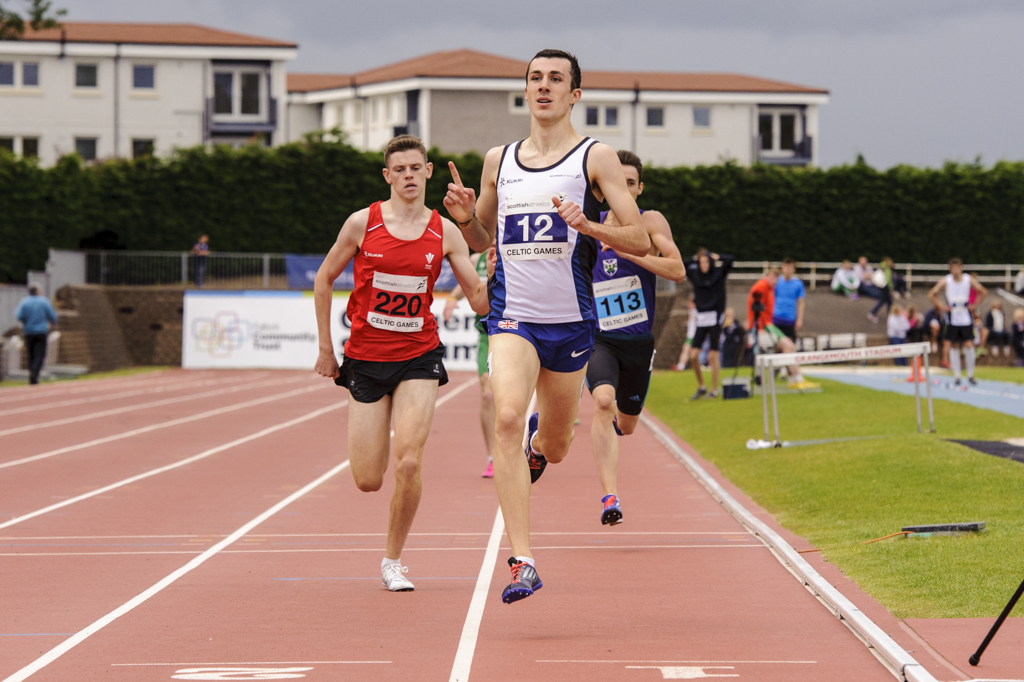 ‘This event, dating back to 1976 has a tradition of producing some exciting high-quality competition and I am sure that this year will be no exception as Athletics Ireland try to retain the many trophies including the overall trophy they won last year,’ said scottishathletics President, Leslie Roy.

‘Some of the athletes competing today have recently returned from the European Youth Championships in Hungary while for others today will be a special occasion as they gain their first of hopefully many international vests.

‘I would like to take this opportunity to thank Falkirk Community Trust and the Management and staff at Grangemouth Stadium for ensuring that the facility will look great at the weekend.

‘I would also like to express my appreciation to the Officials, coaches and volunteers who give up so much of their time to ensure the success of this event.’

*Three years ago Scotland last hosted the event with event wins for the likes of Ben Greenwood, Cameron Tindle and Alisha Rees at Grangemouth. All three have since stepped up to GB age group selection. Erin Wallace was an U16 event winner with a 4.35 run in the 1500m.