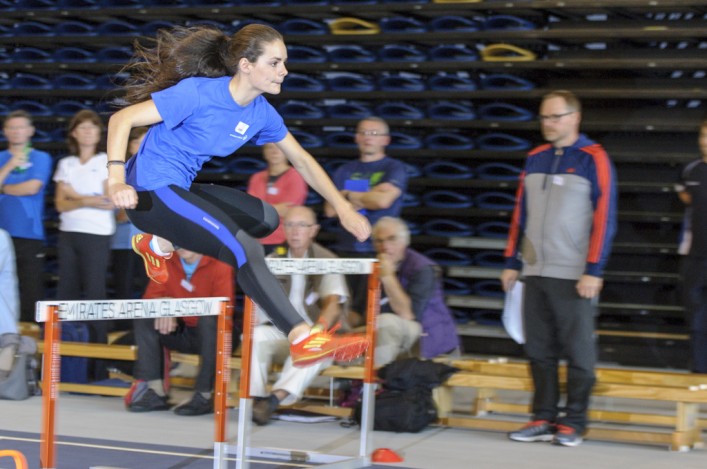 Rodger Harkins can see relationships being built within the coaching community in athletics in Scotland – helping to grow the sport and improve standards.

And now we’re looking for those coaches to continue to buy into our Coach Development programme with three Event Group development days planned for October, December and March.

These three dates are the natural follow-ups from a successful National Coaching Conference held at the Emirates Arena last weekend, with almost 300 coaches having signed-up to at least one of the sessions.

All at scottishathletics would like to thank our key leads, presenting coaches and athletes who acted as demonstrators over the weekend. We appreciate the help.

In particular, we want to thank the conference delegate coaches who committed a huge slice of their weekend to seek to improve their knowledge, gain experience and build relationships.

We know and understand the amount of time you already commit to athletics through your coaching.

Rodger, who starts as our Director of Coaching next month, has stressed that ‘you cannot coach in isolation’ and believes exchanging ideas is vital for learning.

‘There was a lot of positive feedback out of the National Coaching Conference and we’re encouraged by that,’ he said. ‘We’ve put online all the details for the next steps and we’d ask people to support those if they can.

‘Kelvin Giles opened up the Conference last Saturday morning on movement and I think that for a lot of people that helped confirm some of the aspects they have already started to focus on, following on from Phil Moreland’s presentation last year.

‘It was a good start to the weekend by Kelvin and things progressed well from there – certainly from our point of view.

‘There was a fantastic Question and Answer session to close the conference on the Sunday afternoon featuring Dr Barry Fudge and Steve Fudge.

‘The subject there was ‘The Coaching Journey’ and it was fascinating and inspirational to listen to these two guys about very diverse routes in their careers.

‘Both Barry and Steve sought out best practice around the world in order to improve their knowledge and grow their experience. They didn’t wait for things to come to them. It was a great insight and hopefully many delegates took a lot from that.

‘In between those two sessions, one of the highlights for me was listening to Fuzz Ahmed. His passion was obvious and the way he transmits his belief in himself and in his athletes across to his athletes was interesting.

Believing in what you are doing is essential for any coach and then instilling that belief in the athletes becomes part of coaching itself.

‘It was brilliant to get the numbers we did. I know it was little more than 50 two years ago one Sunday afternoon in December at Scotstoun. So more coaches are engaging which is great.

‘You cannot coach in isolation. You need to get into an exchange of ideas to help stimulate you. Basically, there’s nothing better than receiving confirmation on things from others as well as sharing your own thoughts.

‘I can see relationships being built now within the coaching community and, hopefully, with scottishathletics. Once you get to know another coach a bit better, you can start to challenge each other. You can’t do that with strangers.

‘There’s a bit of consistency now on the issues we’re presenting, the messages that are being put out and even some of the people presenting.

‘I would urge people to come along to the Event Specific Coach Development days that we have arranged in October, December and March. Those are the next steps on the coaching journey and we see them as significant on the learning curve.’

*All the details for the next steps – single day sessions in October, December and March – are now online. 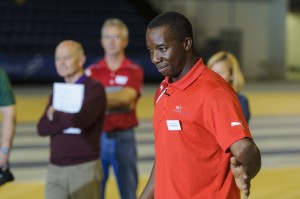