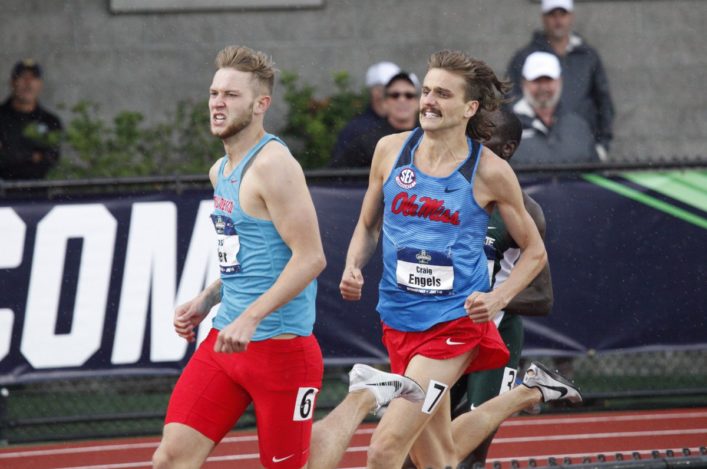 The reigning European U20 champion at 1500m, who has a World Champs qualifying standard for London 2017, added the collegiate outdoor gold to the Indoor Mile victory earlier in 2017.

That’s a superb achievement in the rarefied atmosphere of American college athletes and there’s no doubt the Edinburgh AC has made his name in the United States in the past few months.

Adding further to a Scottish middle distance feel-good factor, there was a fine fifth place finish in the 1500m final for Neil Gourley of Tulsa.

There was also a fine fifth place performance by Nikki Manson in the high jump final in Eugene. Nikki cleared 1.85m for a PB, with the competition won at 1.91m.

As letsrun.com put it on Josh’s win: ‘The NCAA men’s 1500 final was expected to be a battle between New Mexico sophomore Josh Kerr and Ole Miss senior Craig Engels and that’s exactly what it was.

‘But in the end, Kerr was the winner as he pulled away late and won in 3:43.03 to become the first athlete to win the NCAA mile and 1500 titles in the same year since Leo Manzano did it in 2008.

‘Engels finished third in 3:43.54 as just before the finish he left up ever so slightly and was passed by Michigan State sophomore Justine Kiprotich (3:43:54).

‘Kerr is the first non-American champ to win the 1500 since Vincent Rono won in 2006 for South Alabama.’

There was disappointment for Nick Percy in the discus after winning the title last year. This time, the Nebraska athlete threw 56.15m and finished 14th.