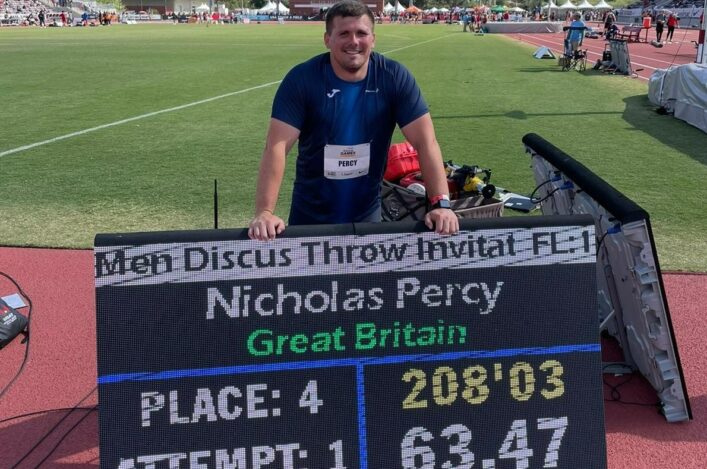 A number of top Scots have been competing in America over the past couple of weeks – and Nick Percy tops the ‘roll of honour’.

Nick has set a new Scottish National Record in the discus, breaking the mark he set himself some six years ago.

Nick threw out to 63.47m to eclipse his own mark from 2016 (at 63.38m) to take fourth place in the Gold Continental Cup at the Mt Sac Relays event in California.

Many congratulations to Nick, his family and his coaching team with his 2022 form starting to look highly impressive with big events coming up this summer like the Commonwealths.

Also at Mt Sac, Kirsty Law threw another Commonwealth Games standard and Nicole Yeargin similarly with 400m runs at 51.61 and 51.83. 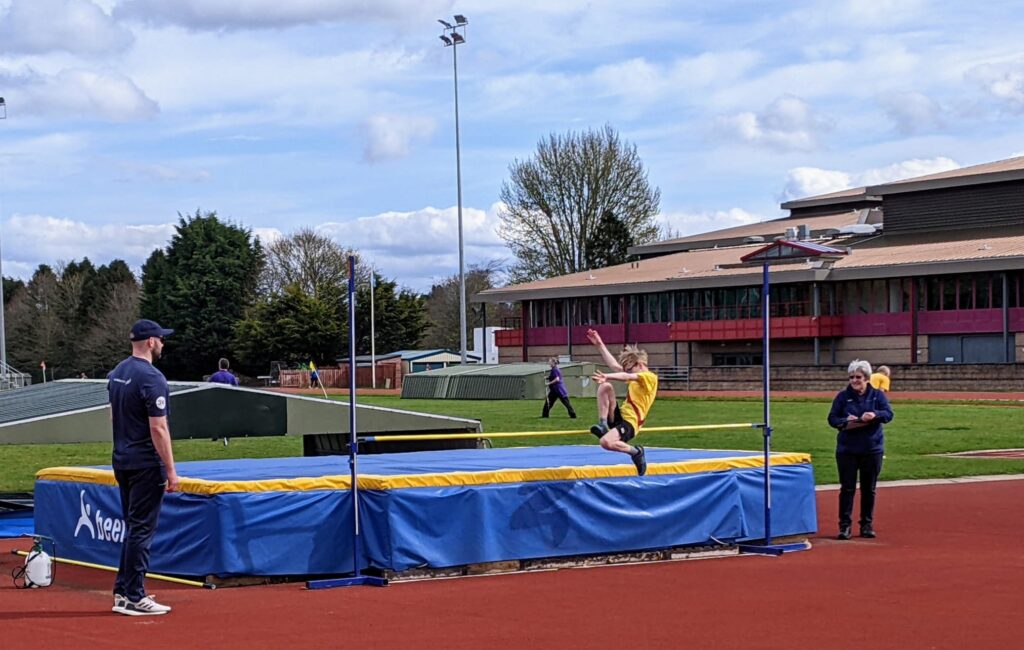 Photos with thanks to Duncan Flockhart

While Nick and Kirsty were in America, the next generation of young Scottish throwers and jumpers gathered in Inverness.

The Jumps and Throws GP marked the first scottishathletics meeting of the 2022 season and is the first of four in the series in these event groups.

It was great to see around 90 names on the start-lists for Inverness and there were a number of early season PB performances.

Teddy Tchoudja of Shettleston threw 14.63m for a shot PB and moved to fourth on the Scottish U20 all-time list as well as top of the current British rankings in her age group.

Thanks to all our Officials, our hosts in Inverness, and all involved with the event for your support.

Our second Jumps and Throws GP will take place on Saturday 7 May at Grangemouth.

Entries are open online and we’d love to see athletes and coaches and these event groups support the GP meetings over the season. 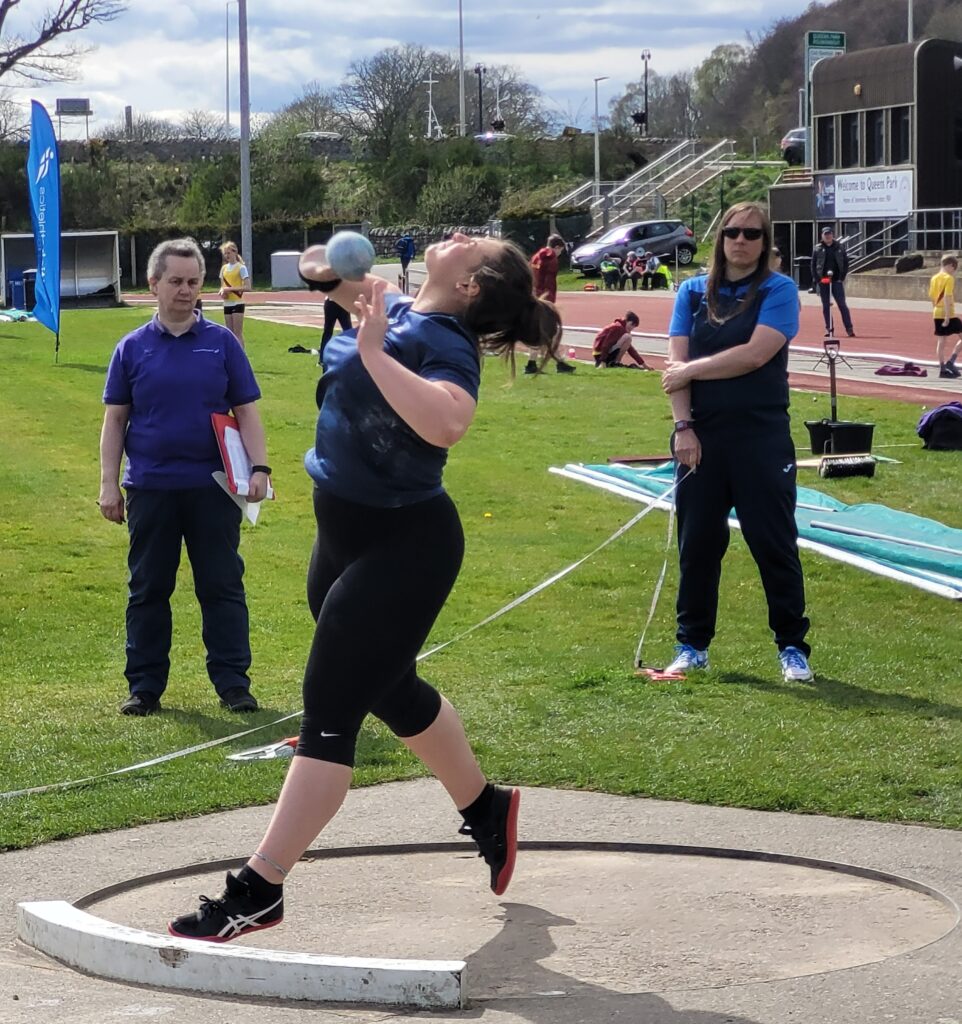