Scotland claimed a new Women’s 4x400m U20 National Record at the Manchester International on Wednesday night.

The victory for the young quartet was the highlight of a number of strong performances by young Scots at the Manchester Regional Arena.

It was a first taste of international action for many of the team and the results reflect a number of first and second places, as well as PBs.

Scotland competed in the U20 match against England, Wales, Northern Ireland and GB U18s.

In total, there were five event wins for Scots:

Those victories for Grieve and Johnson set them up perfectly for the 4x400m Relay, where they were joined by Sofia Vidak and Rachel Callan.

And those four athletes from Pitreavie AAC, Edinburgh AC, Falkirk Victoria Harriers and Giffnock North delivered a superb performance to win in 3:43.08 – taking five seconds off the Scotland U20 Women’s Record for the event, set back in 2000 in Cyprus.

The running order in Manchester was Vidak, Johnson, Callan and Grieve. 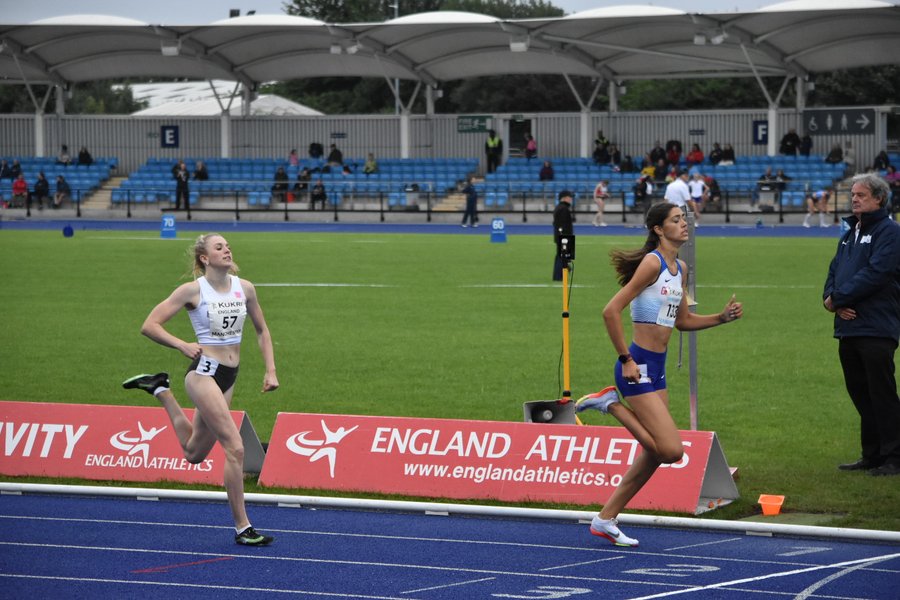 In addition to those event wins, we make it double figures in terms of second places:

*William Hodi in the Triple Jump with 13.98m

*Callum Newby in the javelin with 45.77m 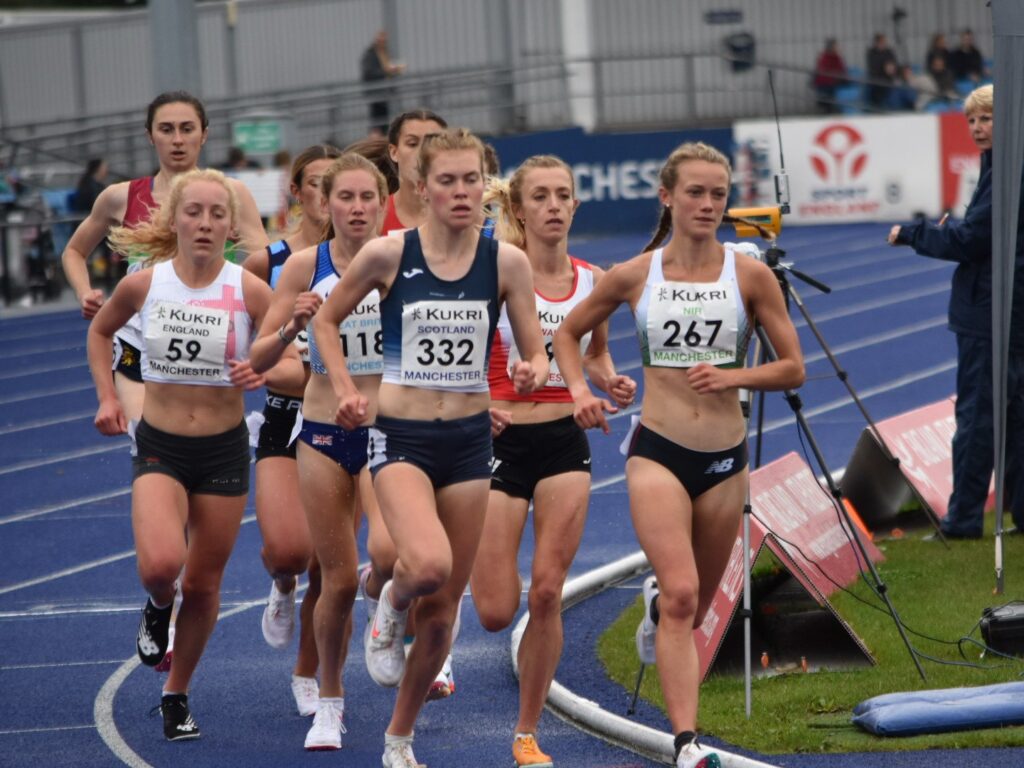 Just as important as the performances listed was the whole Manchester International experience for these teenage athletes.

The U20 age group (like others) been affected by Covid-19 hitting competition opportunities, so it was felt very worthwhile to take a team and give as many athletes as possible the chance to compete against others in the age group from around Britain.

Well done to all those who wore the Scotland vest and to their own coaches and clubs who are helping them develop.

*Thanks also to the volunteer coaches who gave their time and experience to join scottishathletics staff in the team management and event group roles in Manchester.