There was real disappointment for Derek Hawkins in his marathon attempt in Valencia over the weekend.

The Olympian and Kilbarchan AAC athlete had been hoping to improve on the PB he set in Germany a year ago but an injury sustained three weeks ago proved costly.

Derek confirmed that he had only been able to cross-train during that period and initial hopes of being able to see it through in Spain faded after 8k.

‘Unfortunately not to be today!,’ said Derek on Twtter.

‘Tore my Tibialis Anterior three weeks ago on what seemed to be an innocuous slide on some leaves. Cross trained like mad and thought I’d be ok but the lack of running took its toll after just 8km and got rather ugly from there! Incredibly disappointed.’

We wish Derek all the very best for a quick recovery and hopefully a return to training soon. 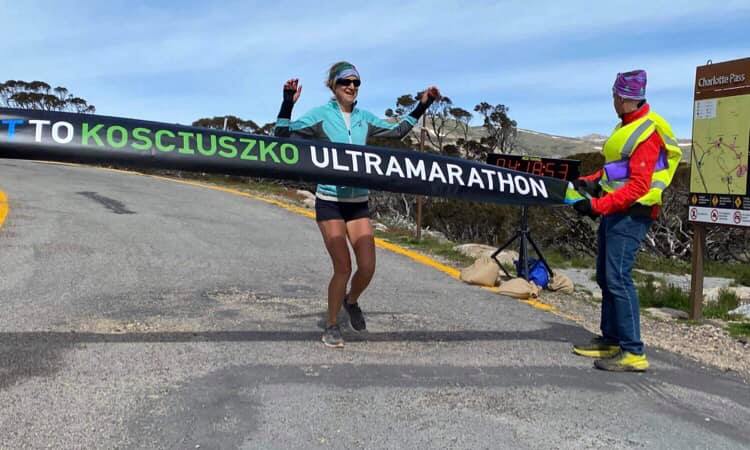 If there was pain in Spain for Derek then there was joy in Australia for his fellow Glasgow 2014 marathon runner – Joasia Zakrzewski.

Jo has been in New South Wales now for several months and took on her biggest ultra running challenge so far via the 240k ‘Coast2Kosci’ race which takes in Mt Kosciusko, the highest mountain in Australia.

The Scotland and GB international duly won the Women’s race with a Course Record of  for that run, which is just shy of 150 miles. The Record had been held by fellow GB 24-Hour international, Jess Baker, an English ex-pat.

Jo in fact beat that mark by fully one hour and 45 minutes to post 28:18.59 and finish third in the race overall.

It was a marvellous performance and important to Jo with Mt Kosciusko having a strong link to Polish heritage and the race very much seen as the ‘iconic Australia ultra’.

Congratulations to Jo and her support crew.