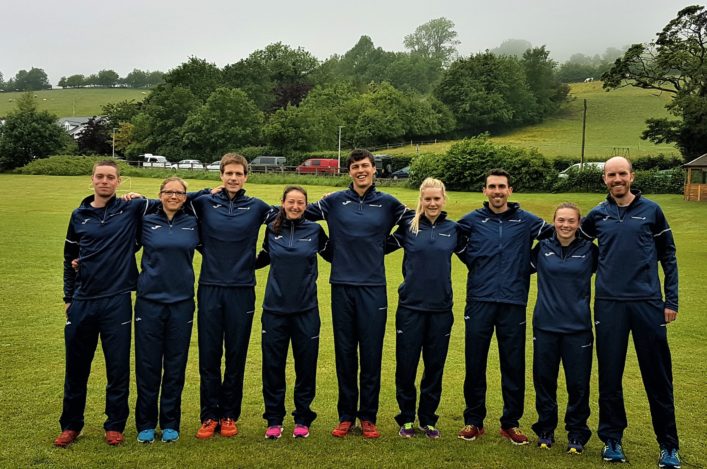 Andy Douglas is no stranger to success at the British Mountain Running Championships and once again Scotland’s top hill runner delivered at Sedbergh on Saturday.

Douglas claimed victory for no fewer than the fourth time in five years in the Home International that doubled up as a European Trial.

Andy will be headed now for Macedonia with GB and NI and U20 duo, Lauren Dickson of Lasswade and Anna Macfadyen of Forres/Edinburgh Uni Hare and Hounds, are set to join him after a superb Scottish 1-2 in that Junior Women’s race.

Scotland’s Senior Men performed well as a team and indeed lost out on top place to England by but a single point.

Ewan Brown of Corstorphine AAC was making his international bow and came up with a fine debut for sixth place. Following Ewan home were Ross Gollan in seventh, Murray Strain in eighth and James Espie in 13th for those Home International silver medals.

Andy won by a margin of 22 seconds from England’s Chris Arthur and was delighted with the outcome, only a few days after returning from a spell of training at altitude in Colorado.

Delighted to get the win today, pushed all the way by the a strong English contingent as we just missed out on 1st team by one point! Onwards to Macedonia via Switzerland @DunnettSophie @scotathletics @clynerunning @GollanRoss pic.twitter.com/S3XzZ0jQ5A

The Scotland Women were third thanks to the performances of Georgia Tindley (eighth), Ruth Joss (12th), Steph Provan (13th) and, on her first Senior international appearance, Kirstie Rogan (14th). It was a first Scotland vest on the hills for Ruth, too.

There was a strong contingent of Scots in the Junior races with the outstanding performances being those of Dickson and Macfadyen. Anna, in fact, had picked up a track bronze medal at Scotstoun on Friday evening in the U20 3000m Champs. 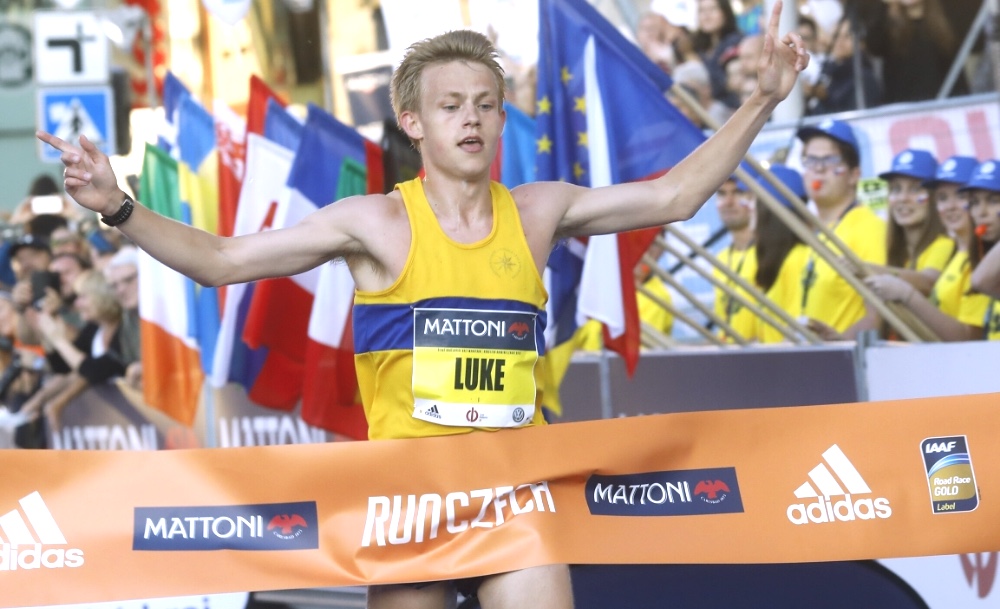 Luke Traynor ran 63:42 to become the first ever European winner of the Mattoni České Budějovice Half Marathon in the Czech Republic on Saturday evening.

Traynor, who clocked a personal best 61:57 earlier this year in Barcelona, finished 23 seconds ahead of Ukranian Roman Romanenko (64:05) with Austria’s Valentin Pfeil completing the podium in 65:08.

The IAAF Gold Label in the South Bohemian capital is the second of two races in the Czech Republic that only invited European elite athletes this year in order to the promote the development  of continental athletes. Traynor along with Ukraine’s Romanenko, winner of the Mattoni Karlovy Vary Half Marathon in May, ran together at the front for most of the race before Traynor made his move late on.

‘We ran together right from the start, Roman kept up with me for practically the whole race, but I felt I had a bit extra to give and in the end managed to speed up a bit,’ said the Giffnock North athlete after his victory.

‘Although I’m a bit tired, I have to say I really enjoyed the race, the atmosphere was fantastic, with loads of fans along the course and I’m also delighted with my finishing time. Even though my personal best is two minutes faster, it’s still a good time on this course which is a tad tricky.’ 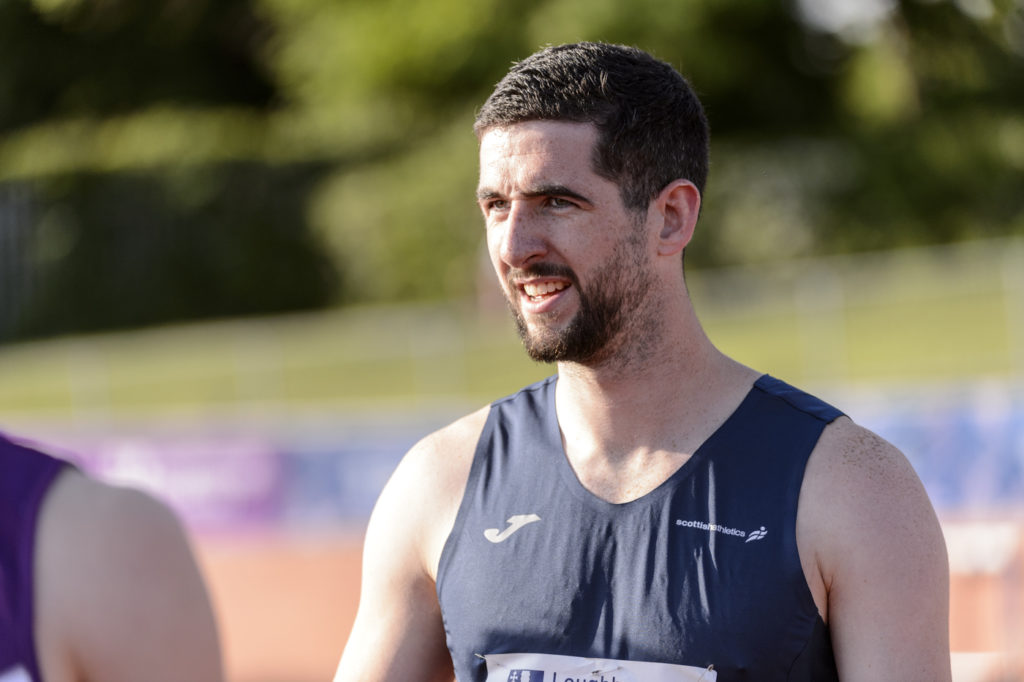 The progress in Scottish Combined Events has been stark in the past year or so and Andrew Murphy is right at the head of that, having won Senior GB vests recently.

Kilbarchan AAC athlete Murphy took another step forward over the weekend with a new points tally PB for the decathlon at 7350 – the sixth best all-time for a Scot – as he finished second in the international event in Tenerife over the weekend.

All this despite a recent knee injury which affected his high jump and sprint performances over the weekend, we are advised by coach Colin Sinclair.

Well done to Andrew, his family and coach Colin.

Perth’s George Duncan athletics arena was the venue for our first scottishathletics Jumps GP on Sunday.

Fine conditions contributed to a good day of event specific competition and thanks to all those athletes who entered as well as our hard-working volunteers and Officials who made the Jumps GP meet happen.

There were all manner of good performances over the weekend in track and field at various locations and the best place to check on the highlights is the scotstats.net page up-dated (very regularly) by Arnold Black.