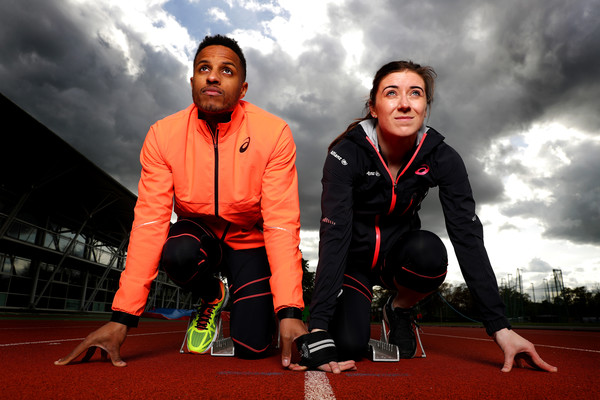 Paralympic schedule for Scots in Rio

And what a moment for the Glasgow 2014 Commonwealth champion at T12 as she took the title by just two hundredths of a second in a tense and dramatic finish in a time of 11.96 seconds.

All this on a day when Libby and guide runner, Chris Clarke, had set a World Record of 11.91 in their semi-final before being first DQd from the event and then reinstated after an appeal.

The time was 11.96 in the final and Libby had to wait for the official result after crossing the line, with her guide Chris staring agonisingly at the big screen in the stadium and then finally telling her ‘You are Paralympic champion’.

Zhou Guohua of China was the one to miss out by the narrowest of margins and it was a China two-three as Liu Cuiqing took the bronze.

Libby said: ‘It’s been a bit of a whirlwind of a day – obviously I set the world record this morning, then I got disqualified for alleged dragging by my guide before being reinstated, so it’s been a tough day.

‘It’s been a bit exhausting but it is good to end on a high, although I am a bit shell-shocked. I’m sure it will hit me in a few days what I have achieved, although maybe it can wait until after the 200m, though.

‘It has been an incredible experience and the crowd has been absolutely amazing, and it is great to be a part of these Games.

‘I’m really looking forward to the 200m now, we had a great run at the IPC Grand Final in London so hopefully we can replicate it again.’ 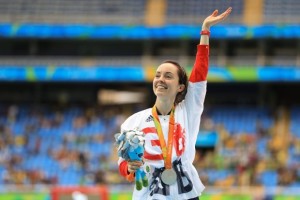 It was a second Scottish medal in track and field with Stef Reid taking silver earlier on Friday.

Reid matched her performance from London 2012 in the T44 long jump and was only denied victory by a world record from long-time rival Marie Amelie le Fur, with her French athlete jumping 5.83m

The 31-year-old finished with a best of 5.64m and admitted there were mixed emotions after winning her third Paralympic medal.

Reid said: ‘It feels amazing to win another Paralympic medal – I was initially disappointed but it took an amazing jump to take the gold medal today;  Marie-Amelie Le-Fur came up with a very impressive series on the day.

‘Obviously the gold is what I was after but I was proud with how I jumped and to be taking the silver medal home with me.

‘I’m still motivated and aiming to jump even further next year. London 2017 is a target for me, but I will take a break and see what I need to work on.’ 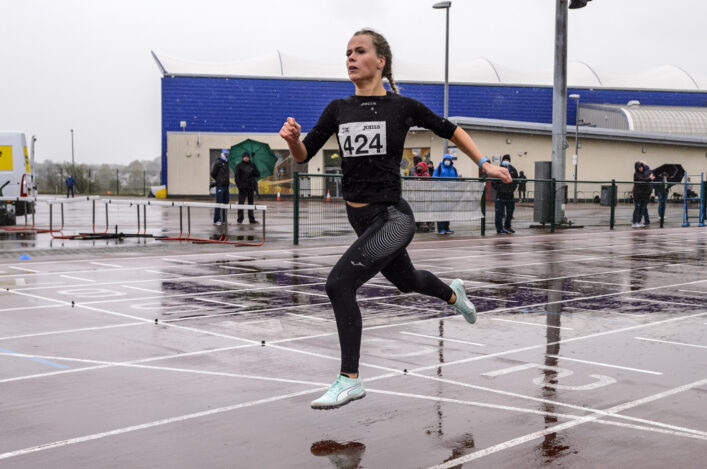