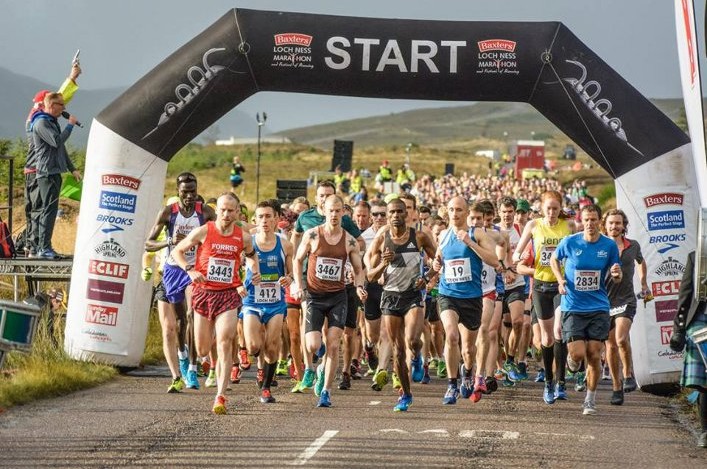 Mohammad Abu-Rezeq says only the effects of an injury prevented him from breaking the course record in the Baxters Loch Ness marathon. The Jordanian runner (pictured below), who has been based in Altrincham for the past five years, completed the course – his first marathon distance – in 2hrs 20min 52sec. 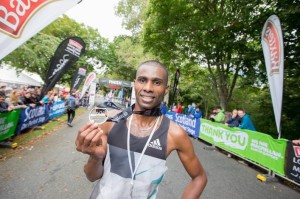 He said: “I fell on a training run two days ago and hurt my leg which was a problem for me today. It was painful after about 10 miles and slowed me down. I went through halfway in about 68mins, so I know if it hadn’t been for the injury I would have easily broken the record. I would definitely like to come back here again because it is a fantastic course and I know I can go much faster.”

Salford’s Tarus Elly, the 2013 and 2015 champion, was in the chasing pack for the first half of the race until he sustained an injury which finally forced him to withdraw around the 17 mile point. That left Patryk Gierjatowicz (Hunters Bog Trotters) to take second position in 2:25:28 with Kyle Greig (Forres Harriers) settling for third in 2:26:22.

Jen Wetton won the women’s title for the second time in three years when recording 2:47:03 to finish 10th overall. Her time was 58secs slower than in 2014, but the Central AC runner was satisfied with the outcome. 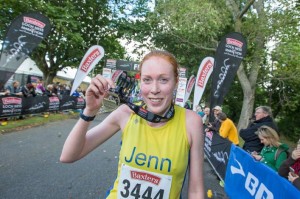 She said: “I ran it more sensibly than before and paced it better in the first half, but after that I lost time on the hills and I never got it back, although I did feel stronger again at the end. I was on my own after about two or three miles and I never saw anyone again until near the end when a guy overtook me. It’s harder to keep concentration when that happens.

“I was hoping for faster, but I’m making no excuses, I just wasn’t good enough to do it on the day. But I have to be happy after the injuries I had last year when doing the 10km seemed so hard. This race has been my goal all summer and I wanted to finish it in one piece and to win it so, I’m pleased to have achieved these goals. I’d also like to says thanks to my training partner, Kenny Hislop, who has helped me all year.”

Victoria Hunter, who has enjoyed success in a number of ultra events, finished second in 2:59:37 with hill running specialist Jill Mykura taking third spot and first over-40 in 3:07:05.

In the Baxters River Ness 10K, Neil Renault (Edinburgh AC) successfully defended his title in 30min 37secs, just four secs slower than his winning time in 2015. That was 16secs ahead of Conan Mccaughey (Central AC) with John Newsom (Inverness Harriers) a further three secs behind in third position.

Scotland-based Hungarian international Fanni Gyurko (Central AC) won the women’s race with an impressive performance which saw her stop the clock at 35:03, a time bettered by only 20 men. Scotland international Jenny Bannerman (Inverness Harriers) , the 2014 winner, had to settle for second position in 35:28, with Fiona Thompson (Central AC) third in 35:58.

There was a thrilling ending to the Baxters River Ness 5km fun run in which Dean Kane (Inverness Harriers), 36, was almost caught on the line by fast-finishing youngster Danny McPake (Ross County AC), 14, while Morgan Lewis (Moray Road Runners, 15, was further back in third position.

Emily Andrew, 14, led Inverness Harriers’ runners to a clean sweep of the top three positions in the women’s division of the run, with Rebecca Johnstone, 14, second and Catriona Garvie, 13, third. 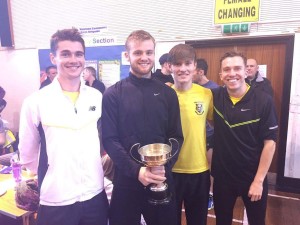 Host club Kilbarchan AAC picked up the win in the Men’s race at the George Cummings/Renfrewshire Road Relays in Houston – with Callum Hawkins coming up with a course record run of 12.08 to help them on their way on the second leg.

It was the perfect return to action for Callum following his ninth place finish in the Rio Marathon and ahead of a Scottish Half Marathon title defence in Glasgow next Sunday.

Dumfries Running Club staged the West Half Marathon Champs at the weekend with another highly-successful event.

Kerry Liam Wilson from Cambuslang won the race and thus the West gold, as well as collecting the Masters gold after a run of 74.24. Host club Dumfries had the Women’s winner in Lisa Finlay, who clocked 84.23. Lisa also won the Masters gold.