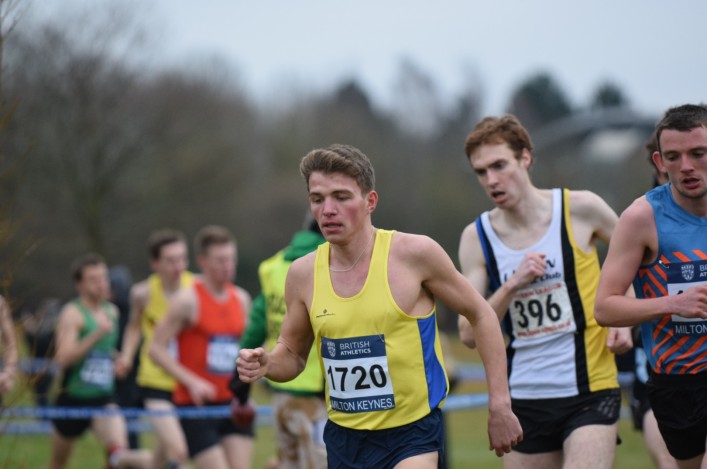 And four more youngsters picked up individual race wins in the age group races at Teardrops Lake, the third in the British XC Series.

The Scotland representatives were Andrew Butchart, Jonny Glen, Euan Gillham and Catriona Graves and all four did well with finishing places between second and fifth on the day.

Central AC’s Butchart had finished second to Callum Hawkins in Liverpool in November and this time he was second home in the Senior Men’s race as Adam Hickey repeated his Cardiff success with another first place.

Andrew is now lying second place overall – as Hickey leads – heading into the British XC Series final at Birmingham when it hosts the Inter-Counties on March 7.

Without in any wishing to diminish any achievements by Scots at the weekend, it should be noted that the nationwide entry fields at Milton Keynes were ‘light’ in terms of numbers aside from the local Chiltern League athletes.

The U20 men’s race – which was incorporated into the Senior Men’s and was over 9.5k – didn’t feature great strength in depth in terms of numbers but the presence of a couple of strong Irish athletes added to the quality at the front.

Jonny Glen finished third and Euan Gillham was fifth in the race but with winner Kevin Mulcaire not counting for the British XC Series, the Scottish pair were placed second and fourth in terms of the Series prize-money and points. Graves was in action in the Women’s U20 race and finished fourth.

In the lower ages, it was quite a day for Edinburgh AC brothers Freddie and Alex Carcas as they each picked up race wins.
Freddie won the boys U15 race and Alex followed that up with U17 success on a great day for that particular family. Cameron Main of Moray Road Runners was third in the U15 boys race, too, to make his long trip more than worthwhile.

There were Scottish U13s winners, as well, as Emma Frew of Ayr Seaforth and Hamish Armitt of Giffnock North AAC both enjoyed race wins.

Elsewhere, there were good performances from the likes of Dale Colley (Central AC) in the Senior Men’s race and Kirstin Oakley (Ayr Seaforth) at U17 level as well as younger athletes Leona Murray (Kilbarchan) and Valencia Wright (VP-Glasgow)

All the results are on the British Athletics website via a link at the foot of their round-up report. There’s an album of photos featuring a number of the Scots at Milton Keynes on our Facebook page. 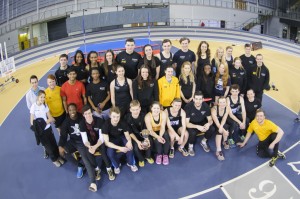 Nikki Manson’s PB in the women’s high jump at 1.80m was regarded as the best performance on the day with decent pole vault clearances by Hannah Lawler and Andrew Murphy.

Glasgow Uni took home the overall trophy with their points tally for all events at 286. Edinburgh Uni were second with 187 and Strathclyde Uni were third with 111.

SUCA organiser Ian Tatton said:  ‘I’d like to say a specific thank you to ALL the officials who helped on the day and to all the students for their intense competition on Saturday.

‘It has transpired this was the largest turnout of students we have had for our championships, with a handful of records being broken.

‘It is also very gratifying to see the number of colleges who had athletes taking part for the first time; I believe this still remains a great untapped resource for athletics and it is hoped we can continue to attract entries from this sector.

‘Our Indoor season is now at an end and we look forward to our Outdoor Championships on 25 April at Grangemouth.

‘The events that day also double up as our International Trial in order to select a team to take on Irish Universities and a Team from Irish Athletics Federation later in the season.’

All the results are online on our Events section.

There is an album of photos by Bobby Gavin on our Facebook page. And more on Bobby’s own website. 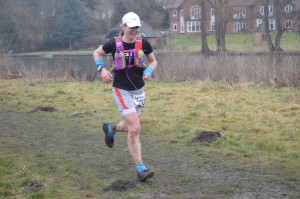 Two of Scotland’s top ultra runners were in action at the Thames Trot 50 over the weekend.

In the men’s race, Paul Raistrick was third in 6.07.44. Paul has recently been selected to represent GB and NI for the IAU World Trail event in May.

Harmeny’s Fionna Ross was second in the women’s race in 6.57.03. Fionna is the Scottish 24-hour record holder and has been selected by GB and NI for the IAU World 24-hour champs in Turin in April. 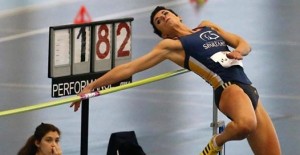 Team Scotland high jumper Emma Nuttall was in action in North America over the weekend and the Trinity Western University athlete cleared 1.82m in Richmond, Canada.

That was a first jump for Emma since competing at Hampden at the Commonwealth Games and it is great to hear she is back in action and in good form.

Results from Richmond are online on the Scotstats website and also feature Jamie Sinclair and Hazel Ross.