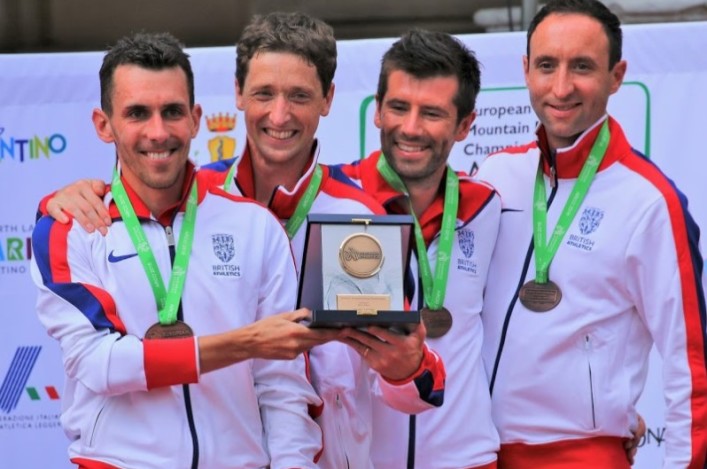 Scotland’s three representatives within Team GB and NI at the Euro Hill Champs performed with distinction in Italy.

And there were team medals for Andy Douglas and Laura Stark with the Junior Men the only ones to miss out as they finished fourth in Arco.

Douglas was fifth in this event a year ago and went one better this time with fourth place as he narrowly missed out on the podium.

That helped the British Senior Men to team bronze and Douglas, sixth at the world up and down championships in 2015, clearly feels comfortable in the discipline and achieved another standout result in a GB vest.

Chris Smith was the next Brit home in 12th with Tom Adams 17th and Ben Mounsey 26th to add another team medal to the tally in Italy. There was joy for the home crowd as brothers Martin and Bernard Dematteis took the gold and silver medal.

For Laura Stark of Kilbarchan AAC a first appearance in a GB vest ended with a team gold medal and 10th place in a race where tea-mate Heidi Davies took the bronze medal. 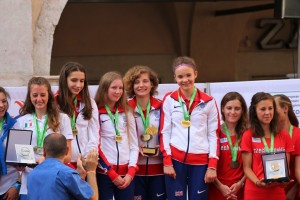 The GB and NI Senior Women took the team silver medals, with an individual gold medal for Emily Collinge in that race.

Well done to all three Scottish athletes and their families and coaches.

There are photos of our three Scots online  with thanks to Andy and Cameron Stark for making these available to scottishathletics. 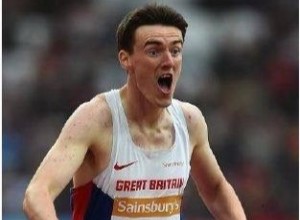 Three Scots T20 athletes have just finished competing as part of a small British team coordinated by UK Sports Association for People with a Learning Disability at the European Championships in Turkey.

Nathan Fleetwood (Whitemoss/Red Star) was part of the gold medal winning relay team and bronze medallist over 100m in 11.79 in a very tight finish between the three medallists.

Well done to all three athletes and their families and coaches. 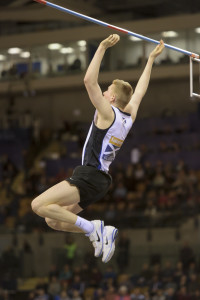 A number of Scottish athletes were in action around Britain over the weekend in various league matches.

Edinburgh AC were in Women’s league action and there was a Scottish rankings lead javelin performance by Aileen Rennie with SB 43.93m. Rio-bound Beth Potter took on an 800m and 1500m double for English club Shaftesbury.

As Glasgow City consolidated their place in Division 1, there were notable achievements for Sam Adams, clearing 5 metres for the first time.

All the details are on the Scotstats website Results section 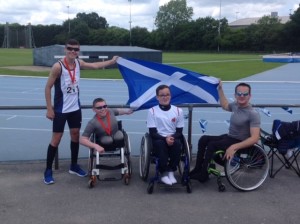 Four Scottish Para athletes from Red Star AC were in action at the English Junior Champs in Coventry over the weekend and came away with a number of medals.