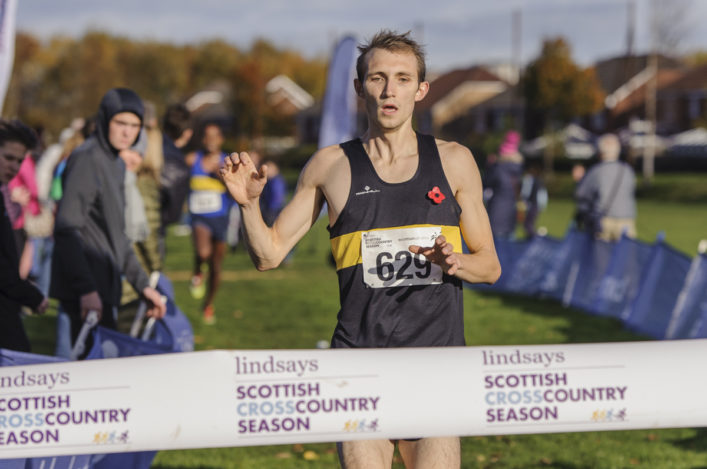 In fact, finisher numbers were records in all six categories with no fewer than 866 athletes completing the courses at King George V playing fields at Broadloan.

Of that figure, 551 were in the Senior races and that is a huge rise on only a few years ago for the same event at Bellahouston. In 2012, for example, there were 200 adult finishers and the following year it was 301.

Big thank you to all clubs who are committing to competition – we appreciated the support from athletes, coaches, parents and supporters.

At Renfrew, we’d like to thank our volunteers, members of the Road Running and Cross Country Commission, host club Kilbarchan AAC, and Renfrewshire Leisure – as well as our season sponsors, Lindsays.

We asked video enthusiast, Gordon Curran, to film the races at Renfrew on our behalf and he has now put together six films from the Short Course XC Champs, with help from Bobby Gavin for some photograph records of the race winners.

We hope you enjoy the coverage!