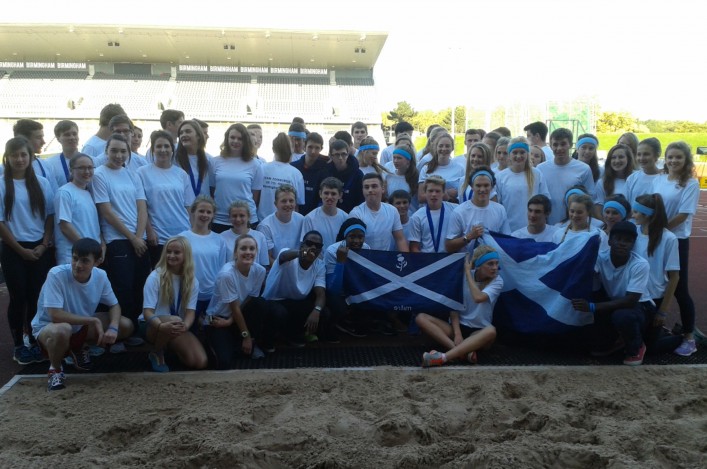 Team Edinburgh wrote themselves into the history books yet again when they won the National Finals of the YDL upper age group for the first time in Birmingham on Sunday.

Victory was achieved by 39 points from Blackheath and Bromley with Windsor Slough Eton and Hounslow in third position.

Team Glasgow also featured in the final and finished 7th with eight clubs involved at the Alexander Stadium.

The competition was for U17 and U20 athletes and Team Edinburgh is a composite group made up from Edinburgh AC, Lasswade AC and Corstorphine AAC.

And they came up with a series of personal bests and season’s bests in excellent sunny conditions and it was an outstanding team performance – with 54 individual medals collected, 14 of them gold and three relay medals.

The Individual A gold medallists included Josh Kerr in the 3000m and Natalie Robbins in the U17 Hammer.  Both athletes had already competed in the Sainsbury School Games in Manchester and, along with several other Edinburgh athletes, made the journey from Manchester to take their place in the successful Team Edinburgh effort.

Other individual A winners were Ruaridh Miller in the 2000m S/Chase, Ellie McGinty in the U17 Long Jump and Jade Carlyle in the U17 High Jump, while the boys U17 4 x 100 team of Sandy Wilson, Michael Olsen, Kinglsey Cunningham and Craig Lennie were gold medal winners. 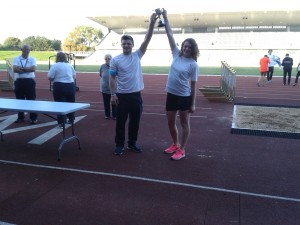 Winner of the Hammer on Sunday, Kimberley joined Edinburgh Athletic Club as an U13 and has been a stalwart for EAC as she has moved through the age groups.

As always huge thanks must go to the athletes themselves, who put themselves on the line at the end of a long hard season and these young  people are tremendous ambassadors for our sport.

None of the success would have been possible, without our coaches, our officials, our parents and the Club committees of Edinburgh AC, Lasswade and Corstorphine, who have supported the athletes in this league.

(A fine 4th place finish in the YDL younger age group final for Edinburgh AC is covered in our weekend round-up.)

*All at scottishathletics would like to send our warmest congratulations to Team Edinburgh on a very fine performance indeed in Birmingham.

Following on from a good medal haul for Scots at the England Athletics U15/U17 Champs and the Sainsbury’s UK School Games, the YDL victory underlines once again good potential among our young athletes.

Well done to those involved both with Team Edinburgh and Team Glasgow in the hard job of pulling together a team effort throughout the league season.