Some 32 athletes in total will pull on the navy blue Joma Sport Scotland vests to compete in two competitions – the Home Countries XC and the Celtic XC International.

Both these competitions take place within the British Cross Challenge with medals and placings established thereafter. Each athlete competes only in their age group and in their competition (that is: Scotland international athletes are not competing in the Inter-Districts, for example).

It’s a great moment for all these athletes and their families and coaches – we wish them well.

Since the original selection was announced in mid-December, there have been three withdrawals through injury and illness.

?️ 'I definitely describe myself as a geek that runs'?‍♀️- @belliesimpson

GB international Eloise Walker had a strong run in the Inter-Districts at Stirling last year and can’t wait to represent Scotland at U20 level.

The Edinburgh AC athlete competed for GB on the track last summer, reaching the final of the 3000m, and was in fine form at the Scottish 3000m Champs at the Emirates Arena last Friday night.

‘It was good to run an indoor PB in Glasgow and now I can’t wait for Run Stirling,’ said Eloise.

‘I was really just making a full comeback from injury this time last year and I ended up racing in the Senior Inter-District race. I tried to go with Mhairi (Maclennan) early on which maybe wasn’t the best idea!

‘There is a very strong field for this weekend’s race because I’ve been looking at the U20 entrants and the likes of the England team. It will be great to race them and great to wear the Scotland vest – that is always an awesome feeling in itself.’

We wish them and all the Scotland teams the very best of luck.

"It's full on, but I love it" says @mhairimaac on balancing her job as a lecturer at @EdinburghUni and being at top level athlete ??‍♀️ 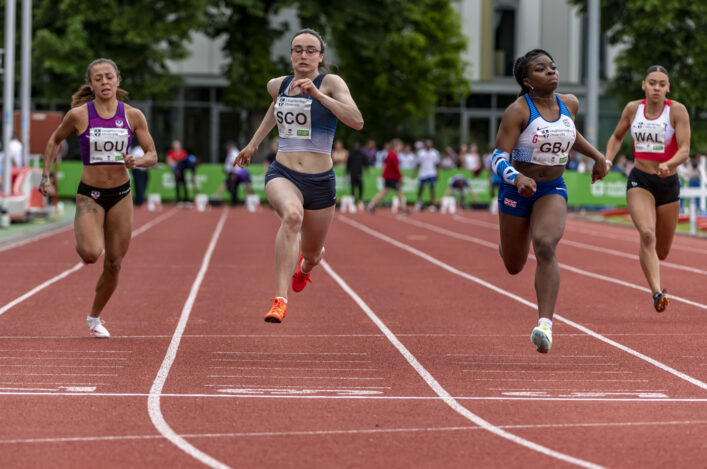