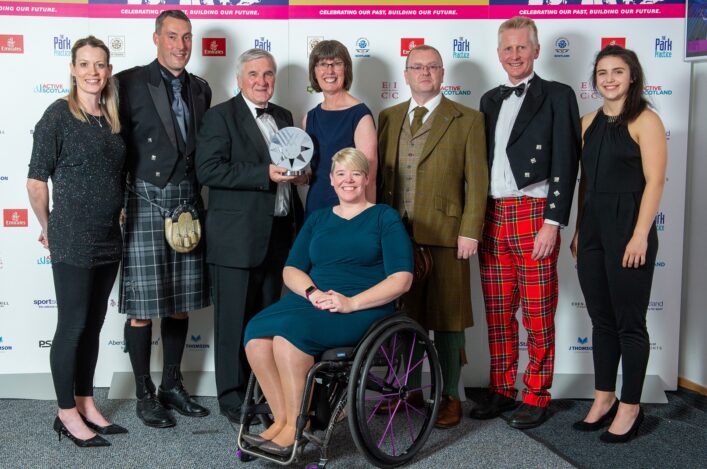 scottishathletics have been recognised as ‘Governing Body of the Year’ in the Team Scotland Scottish Sports Awards – for the third time in four years!

We first won this award back in 2016 and repeated that success some 12 months later so the 2019 accolade now makes it a quite superb hat-trick.

It was a night of celebration for athletics in Scotland at the glittering ceremony in the Edinburgh International Conference Centre with representation on no fewer than EIGHT of the 10 available short-lists.

scottishathletics would like to put on record our sincere thanks to everyone within the sport – clubs, Officials, volunteer helpers, coaches and athletes – all of whom have combined so well once again over the past 12 months – or #SALtogether as we put it on social media.

‘We are absolutely delighted to win the Team Scotland Scottish Governing Body of the Year award for 2019,’ said chief executive Mark Munro.

‘It was a great honour and privilege to even be short-listed again, particularly given fact that we won the award in both 2016 and 2017, and this time we faced really tough competition from Scottish Disability Sport and Cricket Scotland. It certainly recognises another fantastic year for the sport across all levels.

The first Governing Body of Sport in the world to introduce a competition pathway for 3rd gender athletes, 600 coaches trained in mental health & a wealth of major champs medals…Governing Body of the Year goes to @ScotAthletics #TeamScotAwards pic.twitter.com/Ek88EnsvbZ

‘But this success and winning the trophy itself for me simply recognises the efforts of our army of volunteers on the ground that make the sport happen every day, all year round – the ‘Governing Body of the Year’ title is for them.

‘Athletes, coaches, clubs, officials and volunteers should share in the feel-good factor about this, as well as our staff (both full-time and part-time)

‘There many good things happening in the sport in Scotland just now but we also recognise there are challenges, too, and we know that it takes hard work at all levels to generate the kind of development and success everyone is hoping for.

‘I offer my own thank you to all our membership for making a contribution and. of course, to Team Scotland.’ 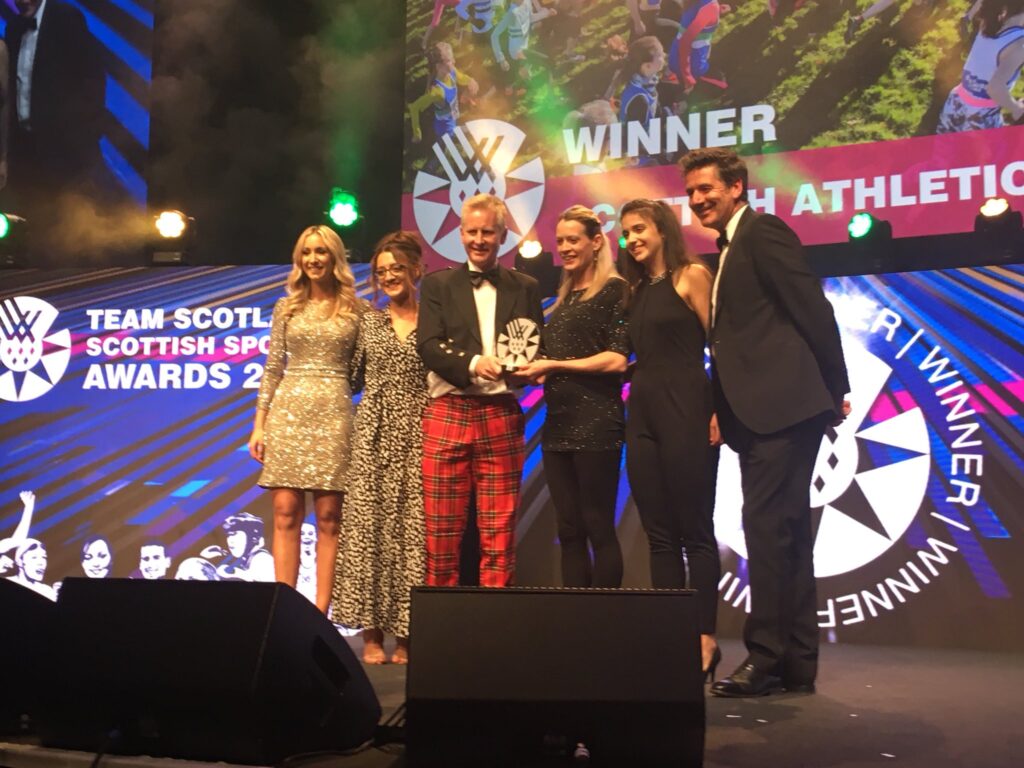 Chairman Ian Beattie and Board member Eilidh Do