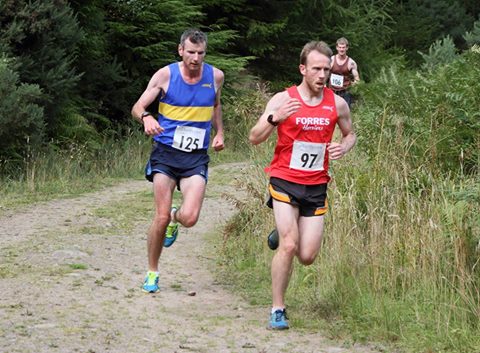 Fife AC once again staged the event at Strathmiglo/Falkland with almost 200 athletes on the start-lists for hilly races through forest trails.

And although this year’s Senior race was shorter than previously, at around 11k, there was widespread agreement that it provided a tough test on a warm afternoon.

Forres Harriers athlete Greig took the title, coming home in 37.07 to win by 20 seconds from Shettleston’s Peter Avent. Last year’s champion, Patryk Gierjatowicz, who ran 2.24 at the London Marathon this year, had to settle for bronze.

‘It was a good race and tough on the day but I really enjoyed it,’ said Greig, who has a 2.25 marathon to his name from London this year.

‘I knew Peter ran really well to win the Paisley 10K last weekend and we’d a good battle out there. With maybe less than a couple of miles to go he just slowed slightly at a turn and I managed to get ahead of him and push on up a hill.

‘I had waited until after a 17-mile training session last midweek to enter but I am glad I did. I am racing the marathon again at Loch Ness in four weeks so this was part of the preparation for that.

‘I’m pleased with how thing are going at the moment and am training and racing well. I did the Scottish Trail Champs a couple of years ago and I think I was fourth so it was nice to get the gold.’

Cambuslang Harriers took the Men’s team golds as they successfully defended their title while there was a women’s team win for hosts Fife AC. 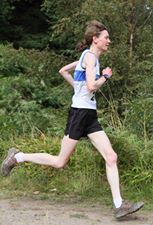 ‘I was third at the Edinburgh Marathon and I think that kind of endurance helps for this kind of race,’ said Katie.

‘I went ahead of Louise around the halfway stage and managed to keep pushing on. It was hilly but a good course. My next significant race will be the Scottish half marathon champs at the Great Scottish Run next.’

Mercer collected U20 gold to add to her silver while Craig Jardine took the Men’s U20 gold and led Cambuslang to their team success. The V40 and W40 medals went to Stephen Allan of Kirkintilloch Olympians and Megan Wright of Hunters Bog Trotters.

There were Scottish title wins at U17 level for Lynn McKenna of Giffnock North AAC and Cody Stevenson of Garcube Harriers.

All Results, including age group medals for Masters and Development races for U13 and U11 are all online on the Road Running and Cross Country Archive site.

*Many thanks to Fife Ac for again hosting these championships and RR and CC Commission officials for their hard work. 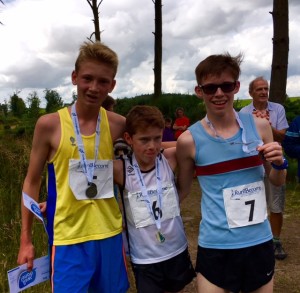 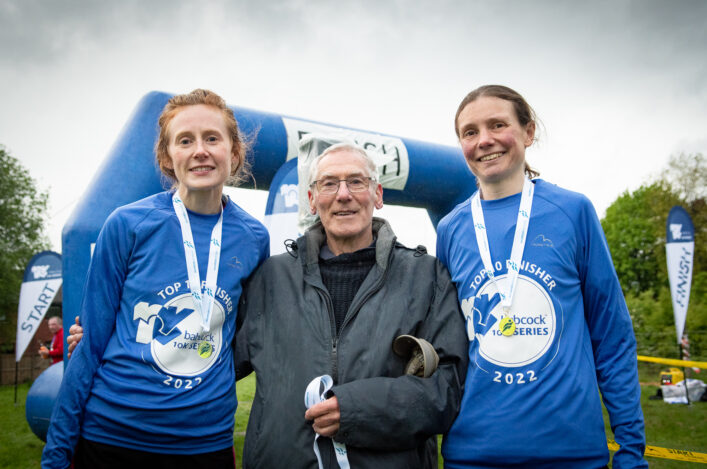 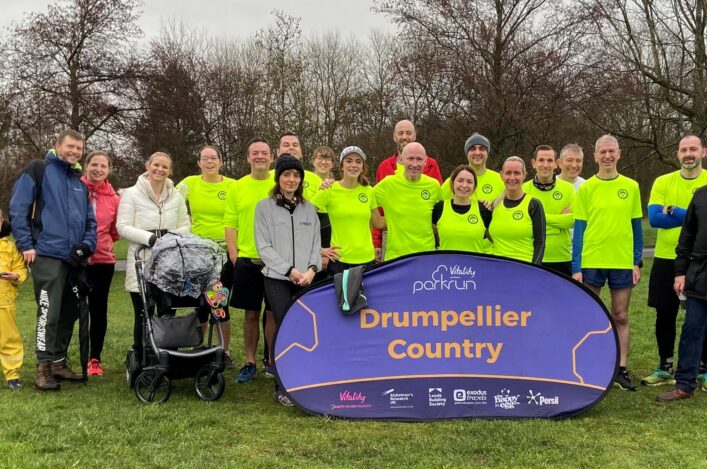